Rig count has been flat, ranging from low of 61 to high of 67 during the last 12 months.

Lynn Helms is cited in article at Bismarck Tribune (7/16/19 –Oil Production steady in May, but transportation woes persist) suggesting this is due to old legacy wells that produce around 25 barrels a day being closed in for the winter and then brought on-line from late spring until fall.

Economic driver explaining this is the costs of plowing roads and hauling oil makes such wells uneconomical in the winter. Thus they are taken off line in the winter.

The number of inactive wells dropped by 69 in May.

The two month changes are:

That leaves an increase of 11 producing wells that isn’t explained by drop in inactive wells and completions. 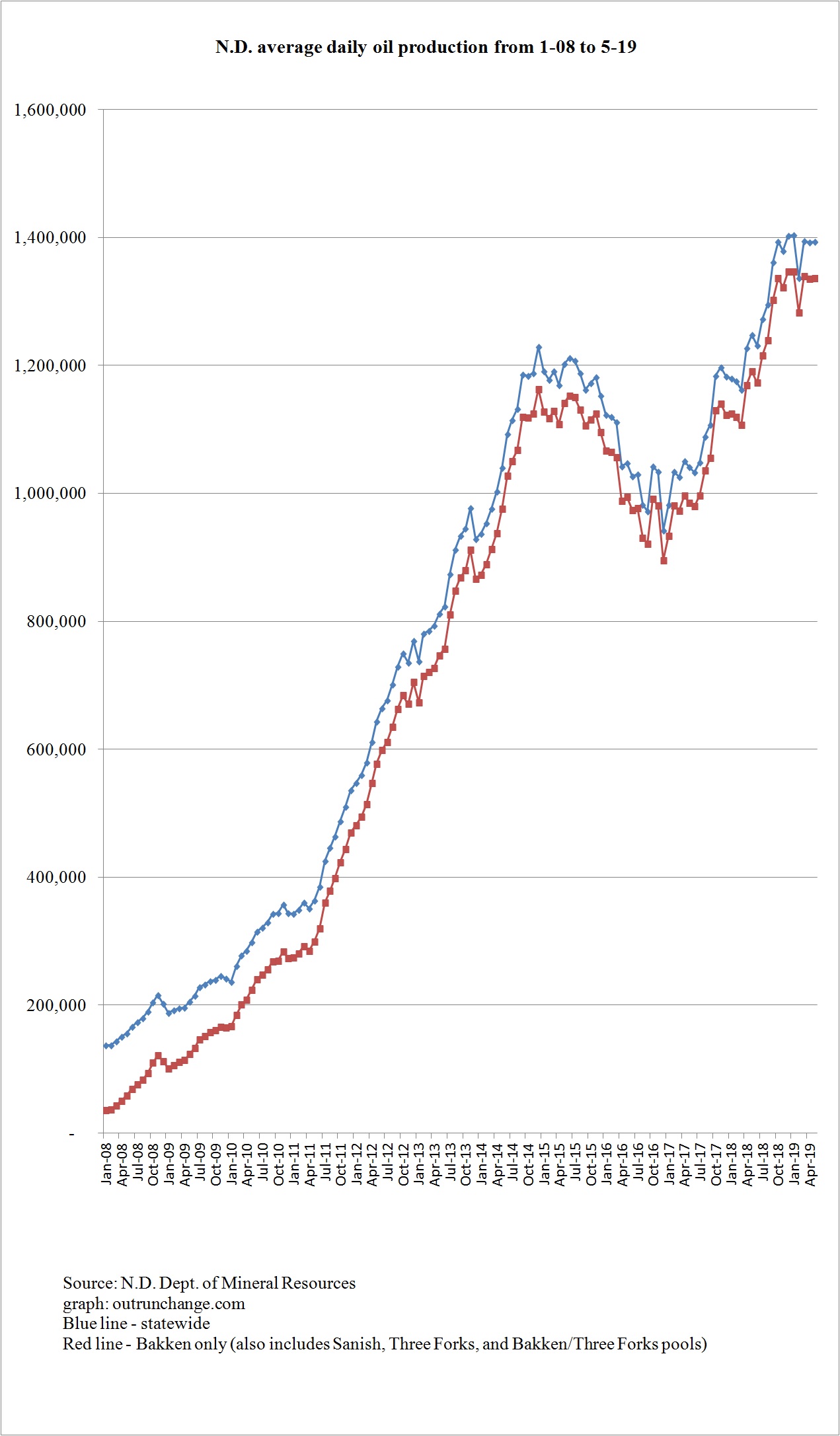 Crude prices realized in the state with a comparison to West Texas Intermediate:

Based on the monthly production and the realized prices just mentioned, I caluculate the value of crude oil production in state as: