My wife and I took a short vacation to Williston last week, which was mid May. Got out of town before the temperature dropped below freezing after all day rain with snow following.

It seemed there may have been some slowdown in the number of vehicles and general activity as we moved around town. But that could just be confirmation bias? Maybe I saw what I wanted to see.

Two things I know I saw.

First there is a tremendous number of apartments, duplexes, and houses close to done or just recently occupied on the west side of town around 26th Street and 32nd Avenue. We are talking several complexes of several hundred units each. There are a half-dozen streets a few blocks long of duplexes.

Second thing I noticed was a number of signs on apartments advertising units available. 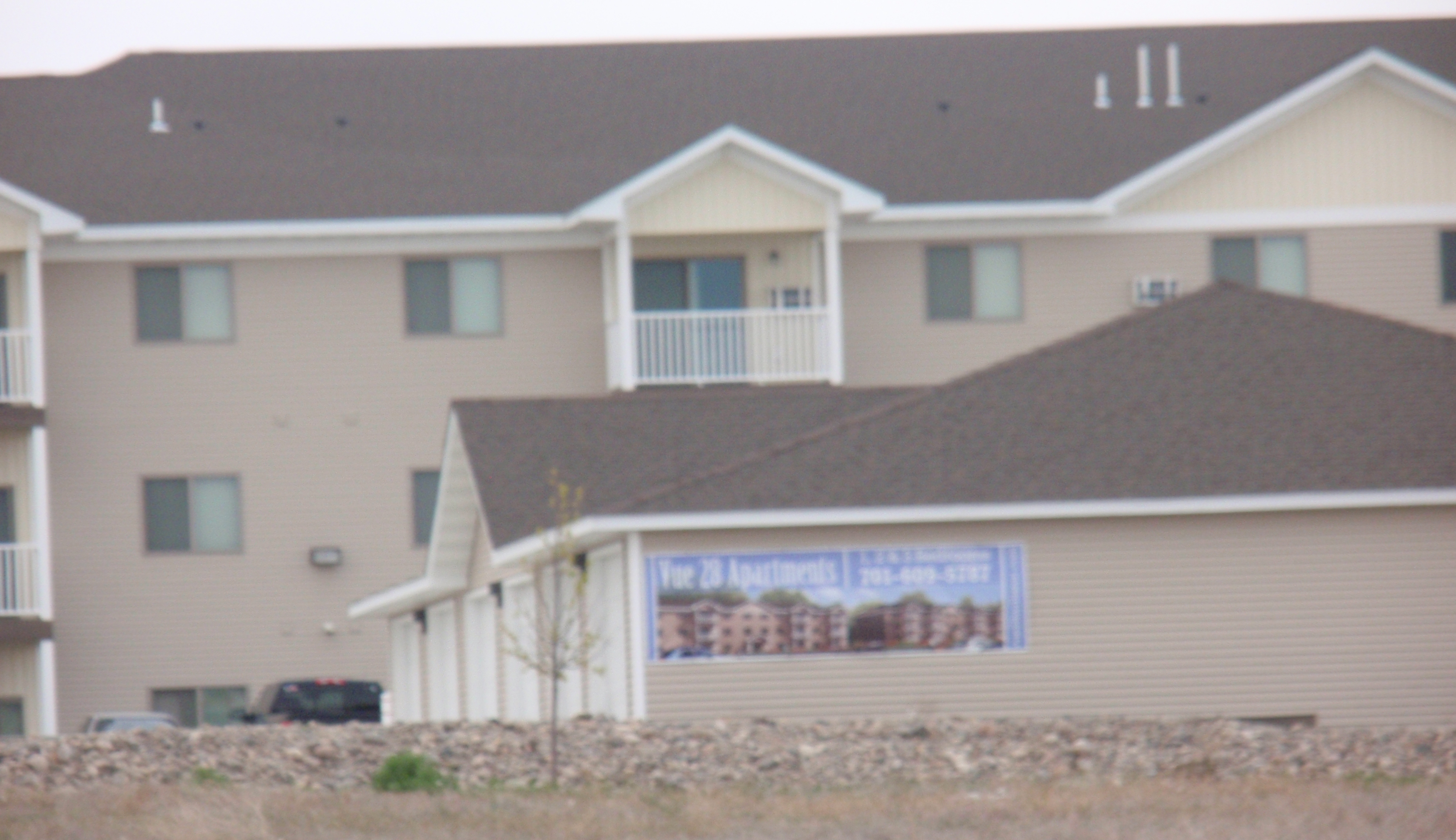 I heard on my trip and have read earlier that a number of man-camps are closing. Several have to move outside the “extraterritorial” reach of the city. That is because Williston and other cities in the area can regulate zoning a few miles outside their city limits.

Wal-Mart is still offering $17.00 an hour to start.  Photo from last Thursday: 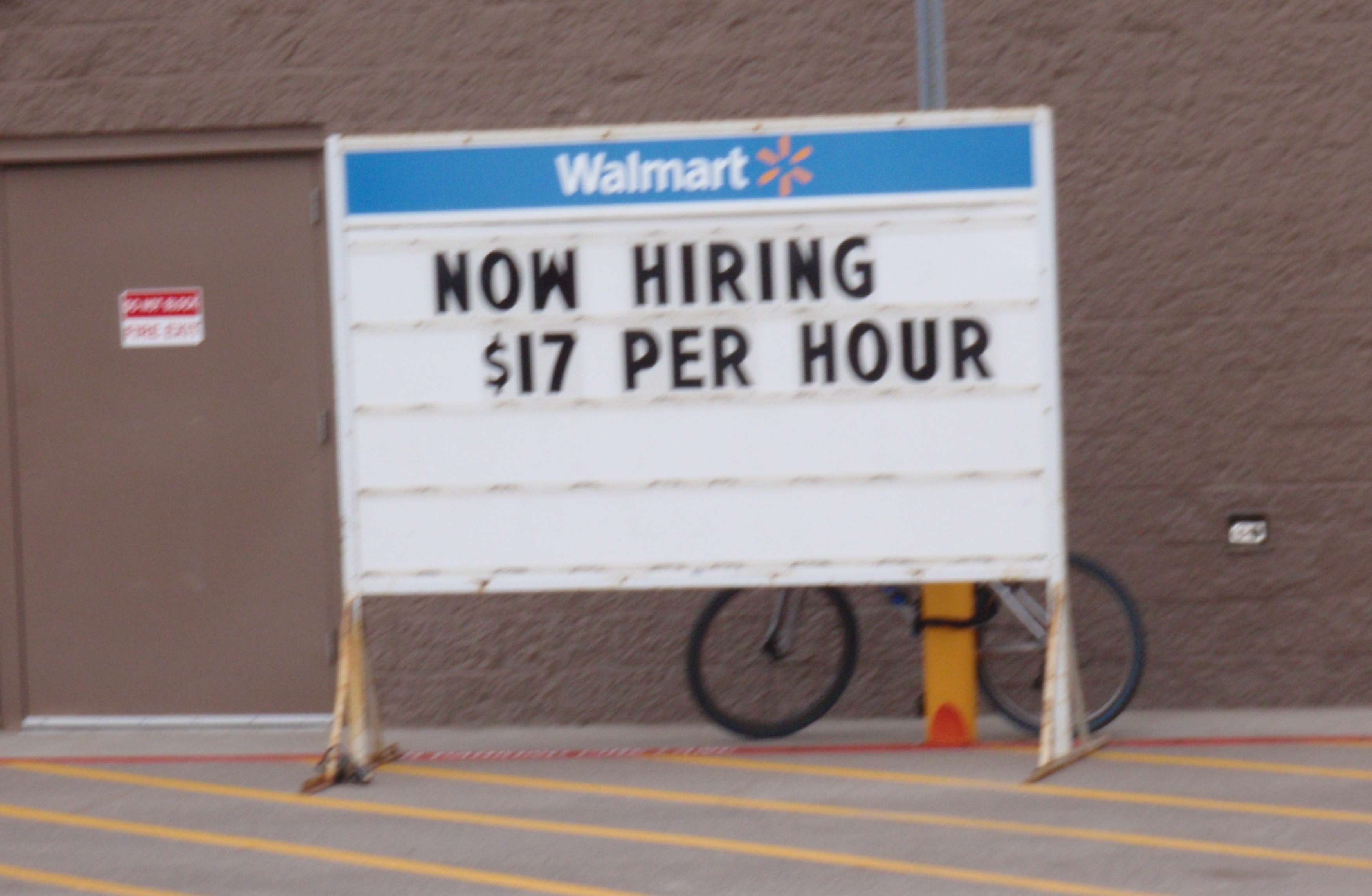 We had a great time visiting the Minot Zoo. Lots of cute, albeit humongous, kitties. 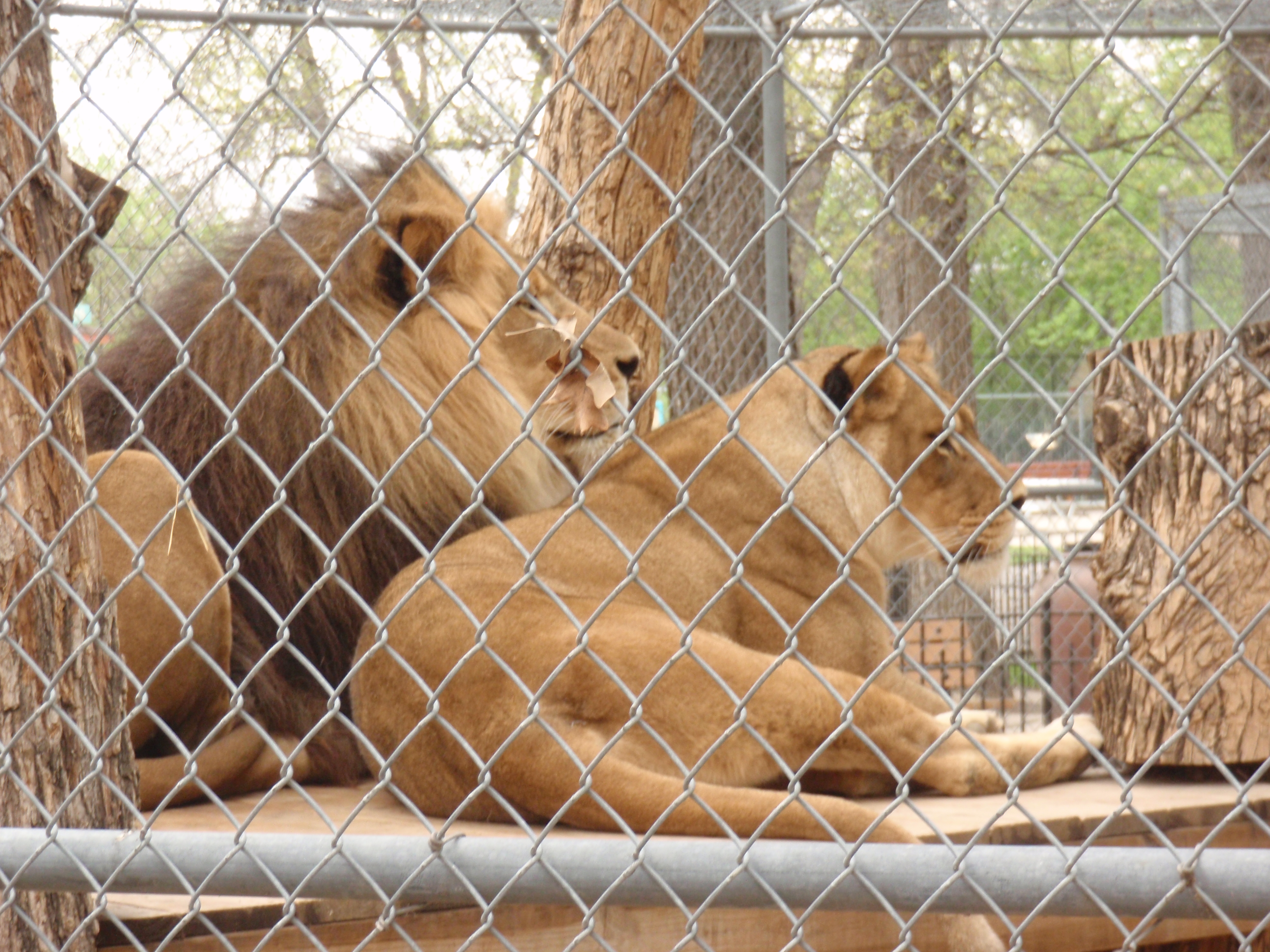 Another kittie. As we left he was intently focused on the warthog getting fed across the way. He was no doubt trying to figure out how to get over there. 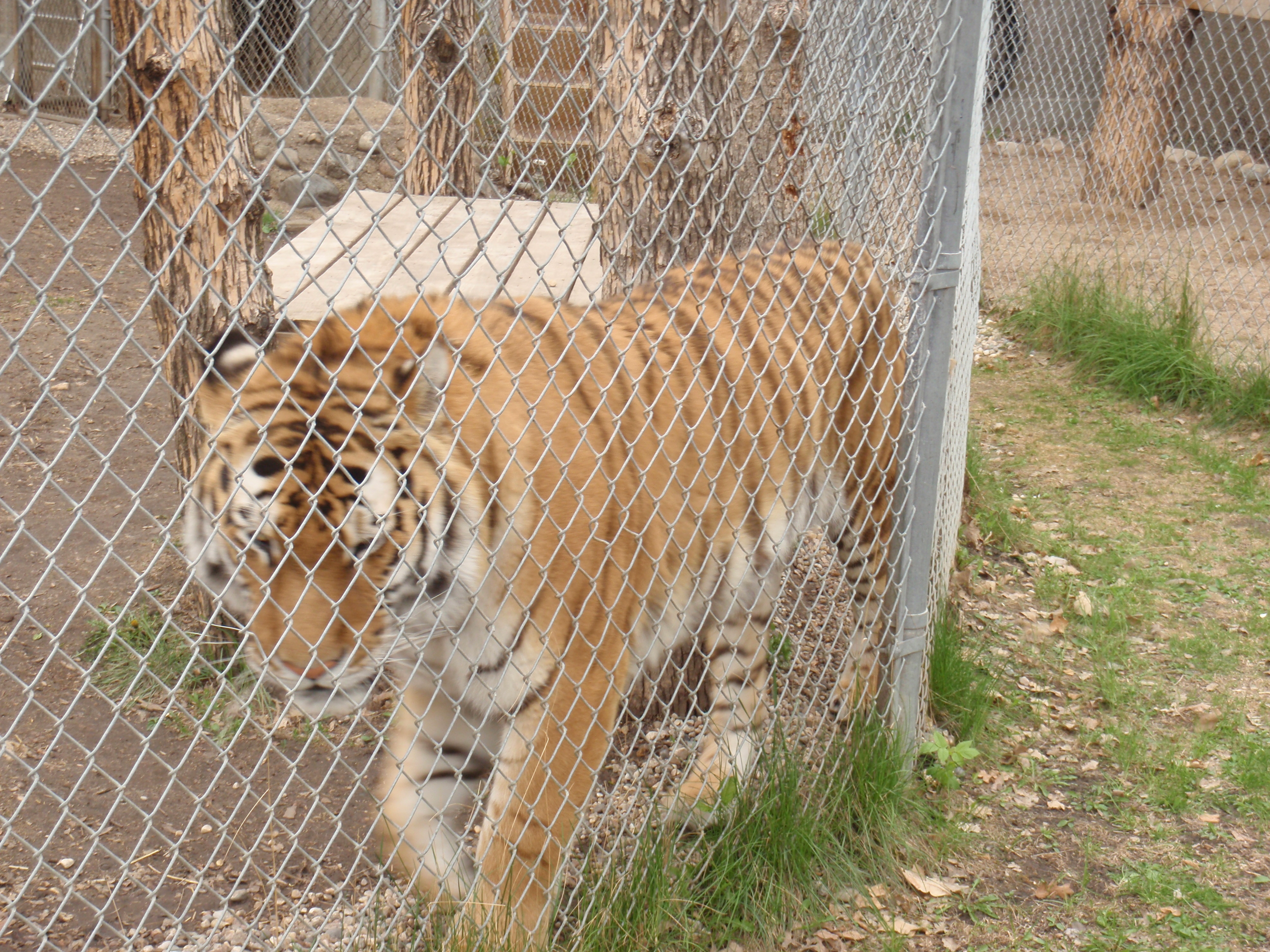 And I got lots of pics of bald eagles, which you will see later as I write about wind turbines that slice and dice raptors. Here is one of the pair: 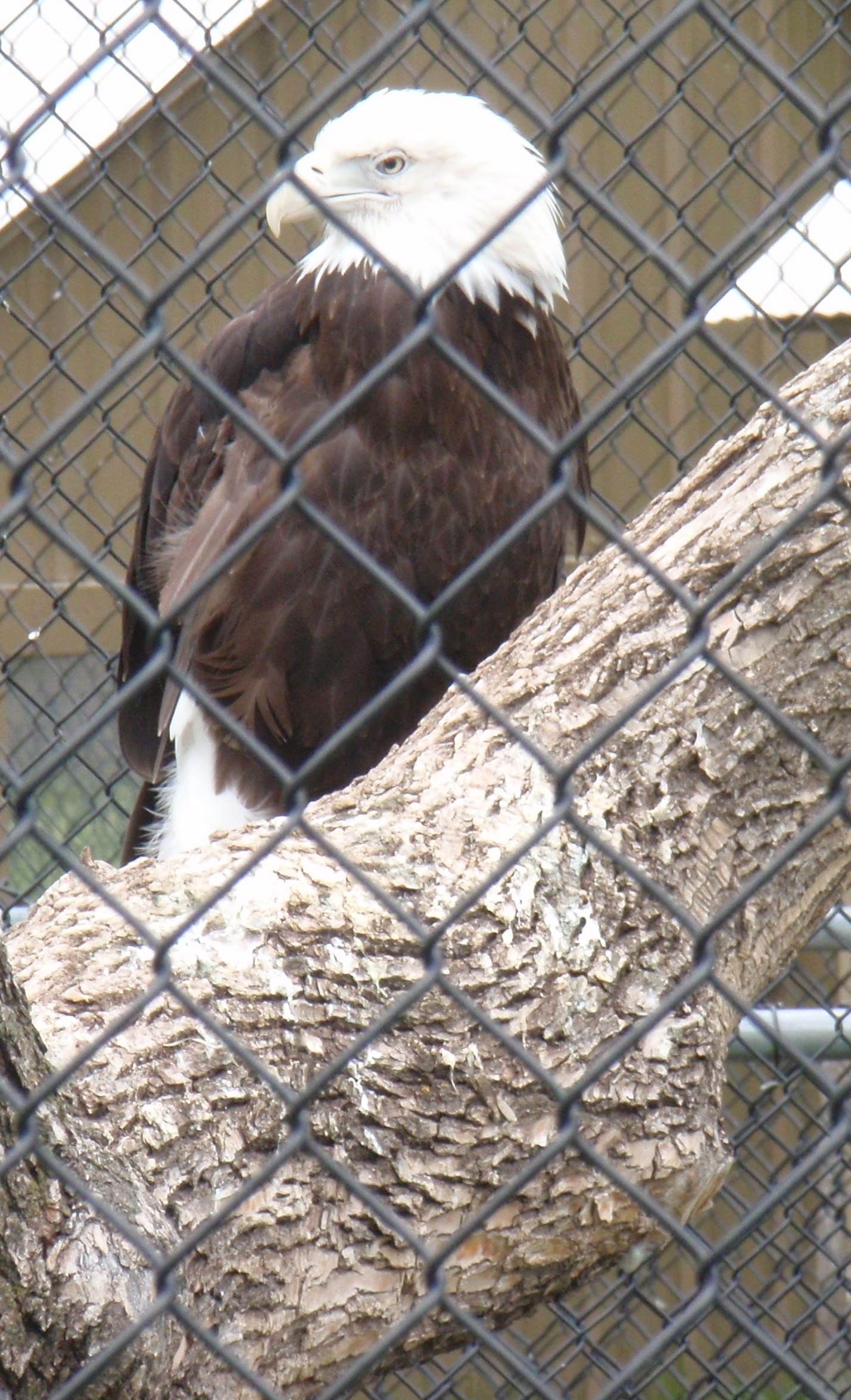 Here is a pic of the other one.

If you lament these powerful hunters living in a zoo, please keep in mind that while residing there they have no risk of getting chopped into quarters by the ever-increasing number of slice-and-dice farms in North Dakota.

The weather was dreary and overcast most of the time so my photos did not turn out well. I do have a bunch of new pics though. Will share those in the weeks and months to come.

The flight leaving town was as impressive as last fall.  We took a pre-dawn flight so got to see the flares in the dark. It is amazing to see the orange points of light lined up in straight east-west lines. Wish I had camera equipment that was capable of taking that type of picture.

One last photo of another majestic critter: