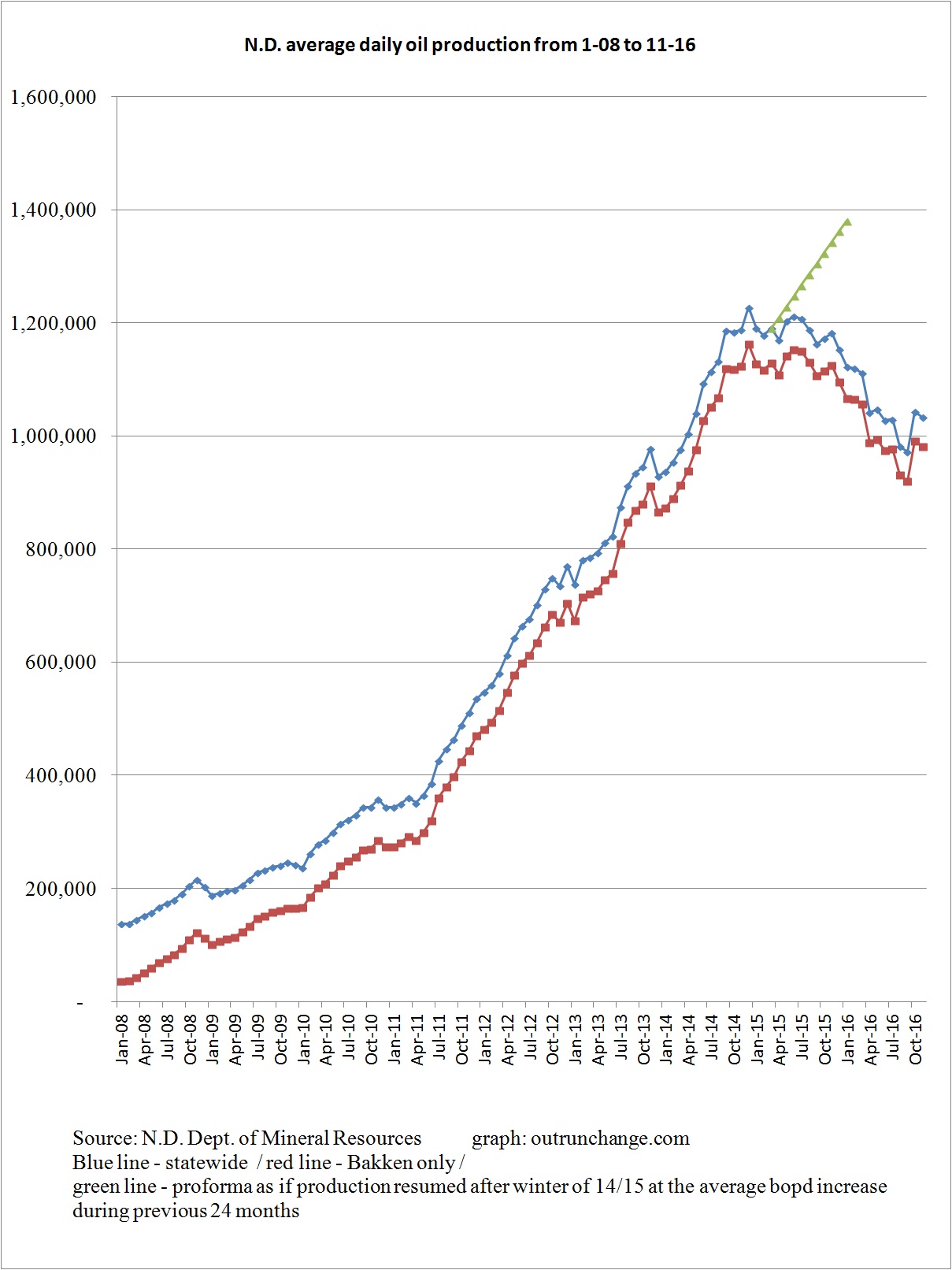 He thinks the production level could drop below 1M bopd in December due to weather. If not December, then January.

He indicated companies have started plowing roads to legacy wells to shut them down until the spring thaw. He thinks there may be hundreds of wells shut for the next several months.

Here is some more info on North Dakota oil production, extracted from the  monthly “Director’s Report” and historical production data.  Average sweet crude prices for North Dakota oil. This reflects a discount from the West Texas Intermediate due to transportation costs.

Here is the value of monthly production based on actual output multiplied by the average sweet crude price, which is combining the preceding graphs:

The fracklog, which is backlog of wells waiting to be fracked, looks to be quite stable: