William H. Hughes, Jr., also known as Barry “Tim” O’Beirne deserted from the U.S. Air Force in 1983. He was found in 2018, arrested, tried by a general court martial, then convicted on September 5, 2018. He was dismissed from service and given a reprimand. He also spent 45 days in prison.

At the end of this post, I’ll ponder the severity of the sentence.

He had been hiding for 35 years under the assumed name of Barry “Tim” O’Beirne.

(Cross-posted from my other blog, Nonprofit Update.)

Today the above post received a lot of visits from Reddit.  Went there and found this discussion of the deserter.

One of the comments pointed me to the USAF appeals court.

There I found the appellate court ruling. Since it is an official government document, there are no copyright restrictions.  Here is the appeal ruling in full: 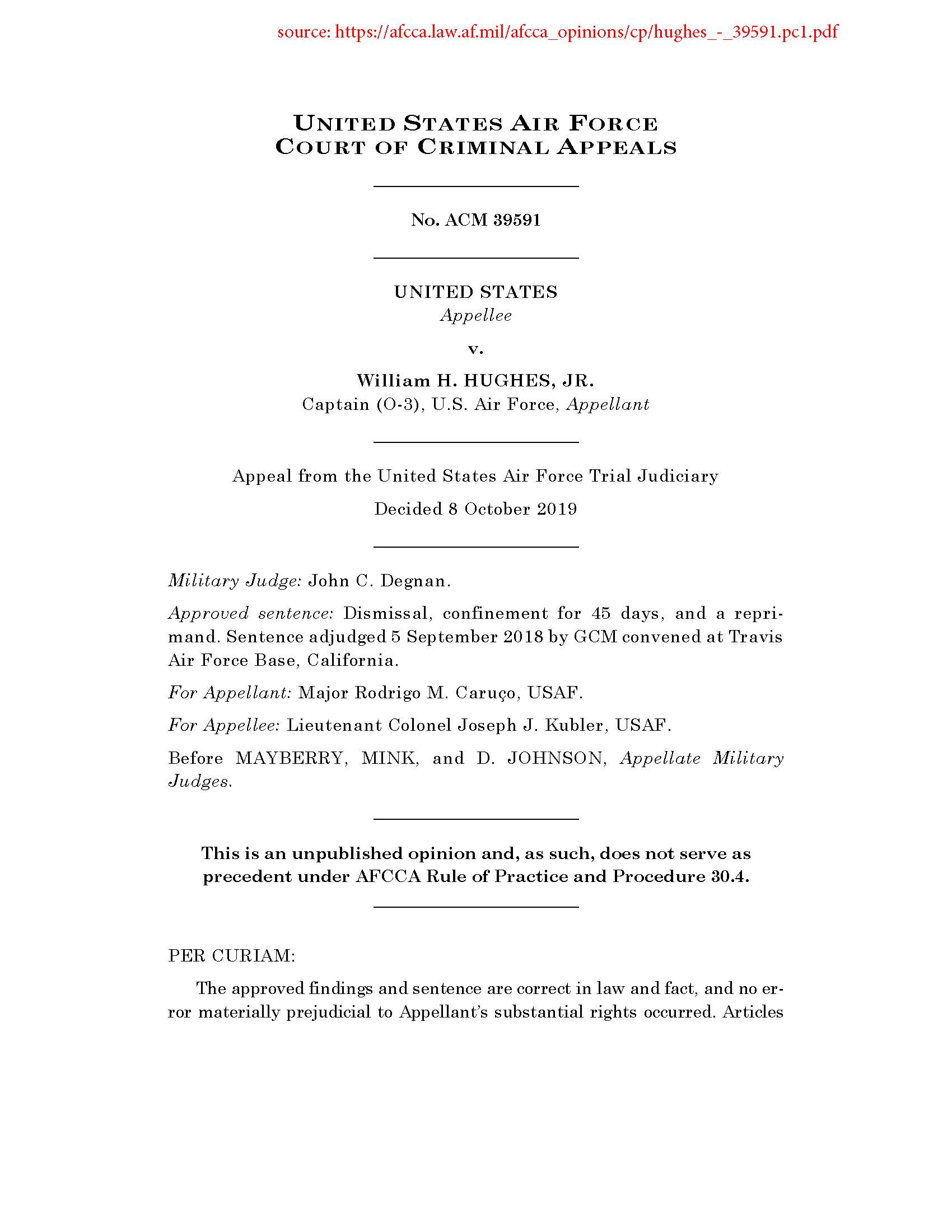 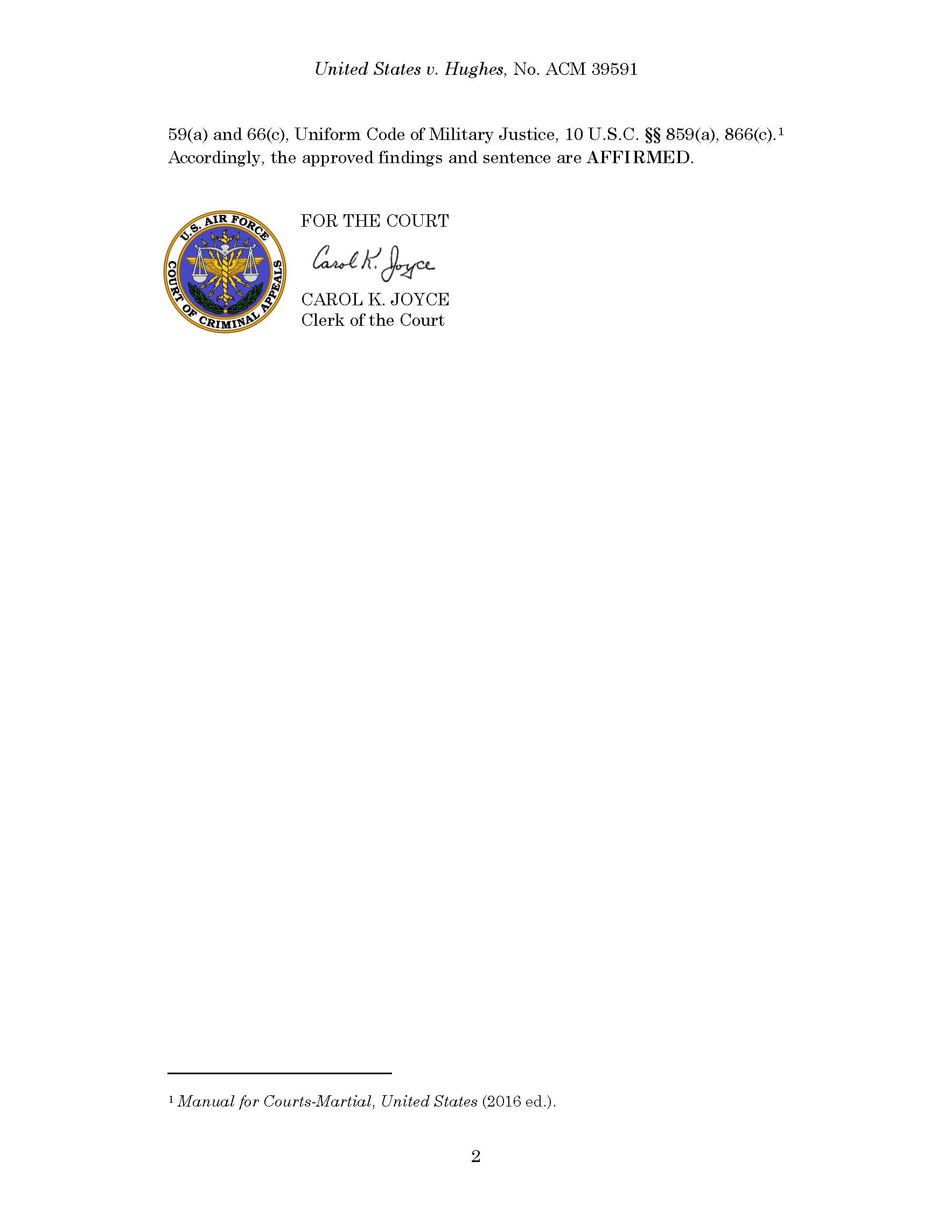 You can go to the USAF Court of Criminal Appeals website for yourself.  Click on the“Opinions/Orders” tab which will take you here. Enter 2019 in the “View opinions by year” box to find this page. Scroll down a ways to find the Hughes Jr case.

Is that conviction considered a felony?

I think the answer is yes.

This article says a conviction from a general court martial is usually a felony if the potential sentence is more than one year. Since the potential penalty for desertion is five years, this conviction qualifies.

I checked Public Data, an online site which can be used for background research. Neither of his names show up with a criminal record.  I’ve read that for a number of years the military has not always done a good job of getting convictions into criminal data bases.

He is not listed in the Bureau of Prisons database, but I would not expect to see him there.

There are five visible punishments and consequence for this disgraced former officer who deserted his post:

Not a particularly strong set of punishments, but I suppose reasonable for what he did, although I and most of my colleagues from my days on active duty would have preferred something involving rusty razor blades and, well, um, never mind. A brand on his forehead or chest was obviously out of the question since that is an Army thing and has been out of use for a long time.

I guess forty-five days in prison and a felony conviction will have to suffice.