The monthly market value of oil produced in the state has increased more than five-fold in the last four years.

Check out the economic output of oil from North Dakota, by month: 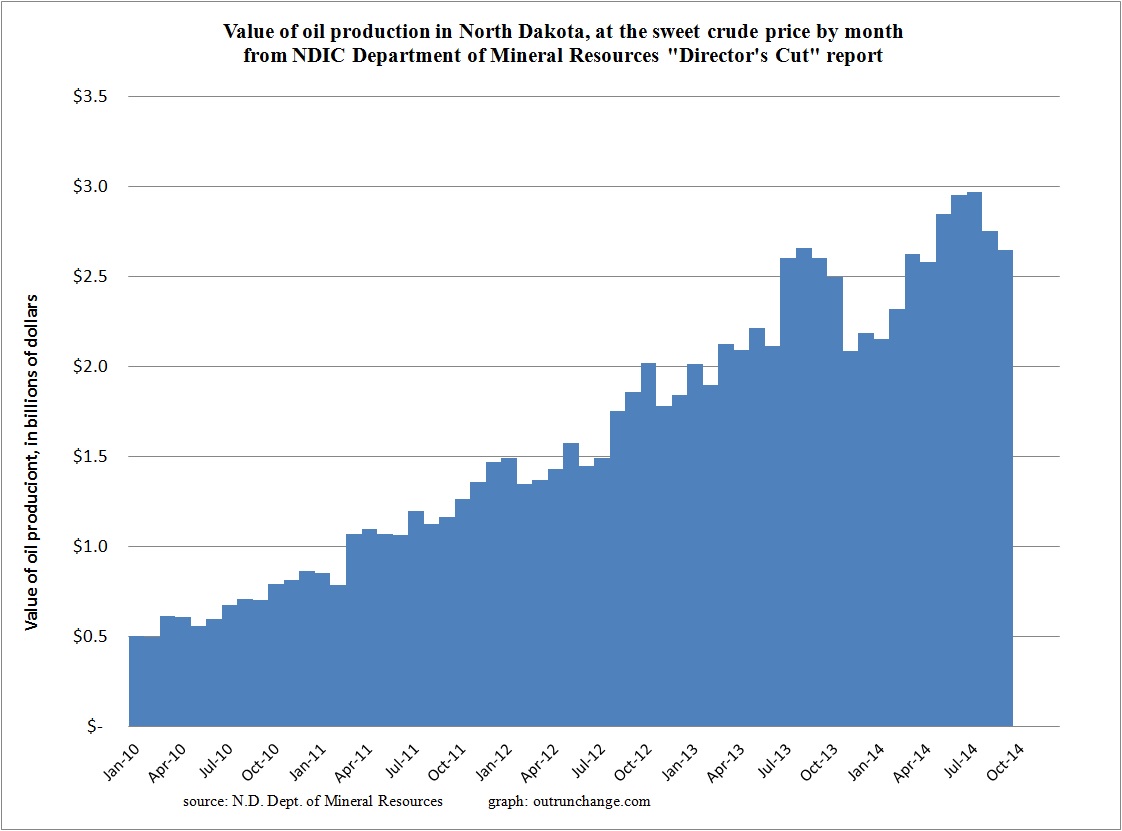 With the drop in prices, output was only $2.65 billion in the month of September.

Here is a graph of the value of oil produced by year: 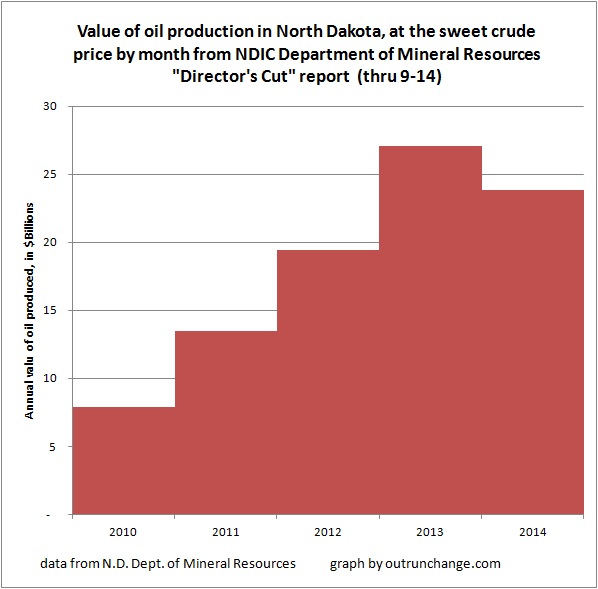