Here is what the total and Bakken-only production looks like: 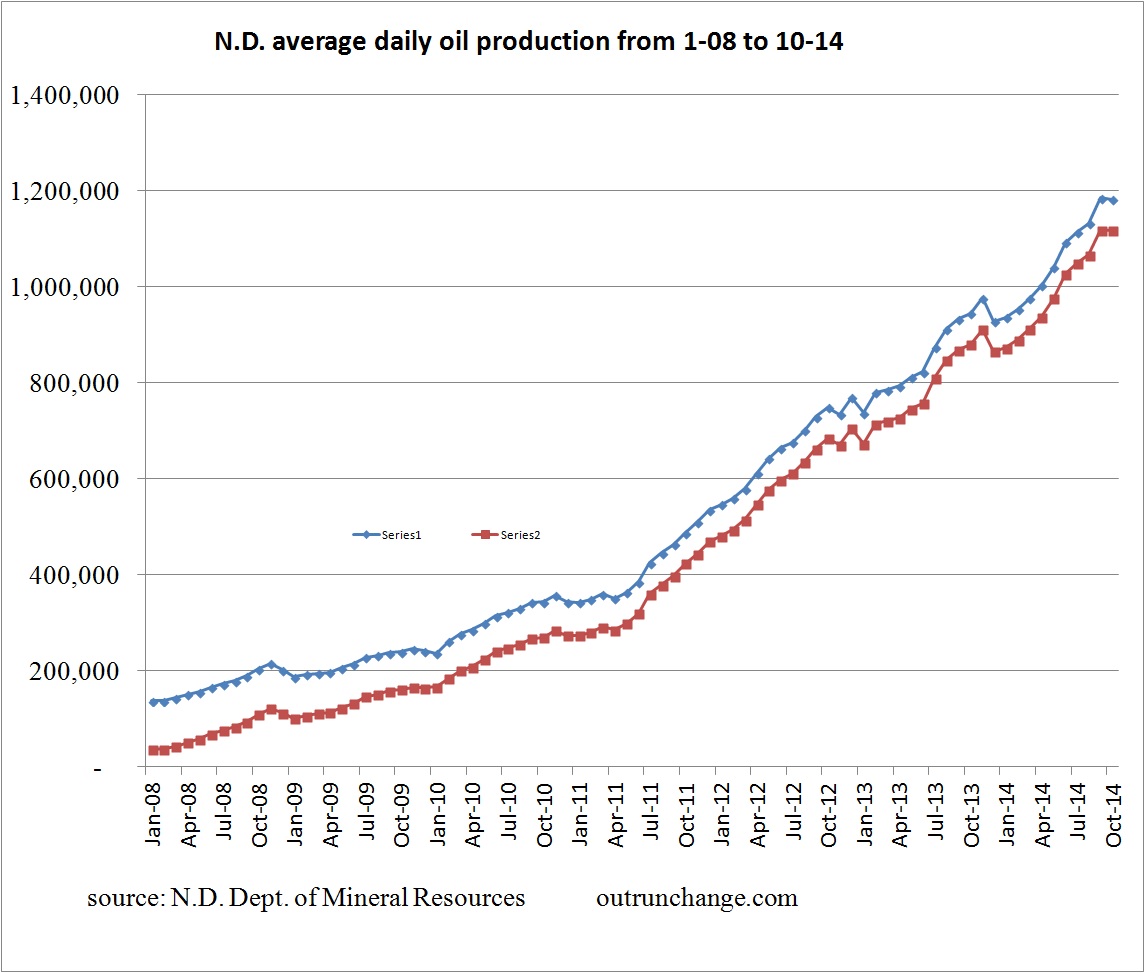 The Director’s Cut each month has narrative on the month along with  more statistical data. The December report is here.

One tidbit in each month’s report is the price of sweet crude from the month. I think the reference point mentioned is price in North Dakota. I’ve accumulated that reference point for as far back as the Director’s Cut reports are available online. Here’s what it looks like, with the December data point being as of the day the report was published, not an average for the month. 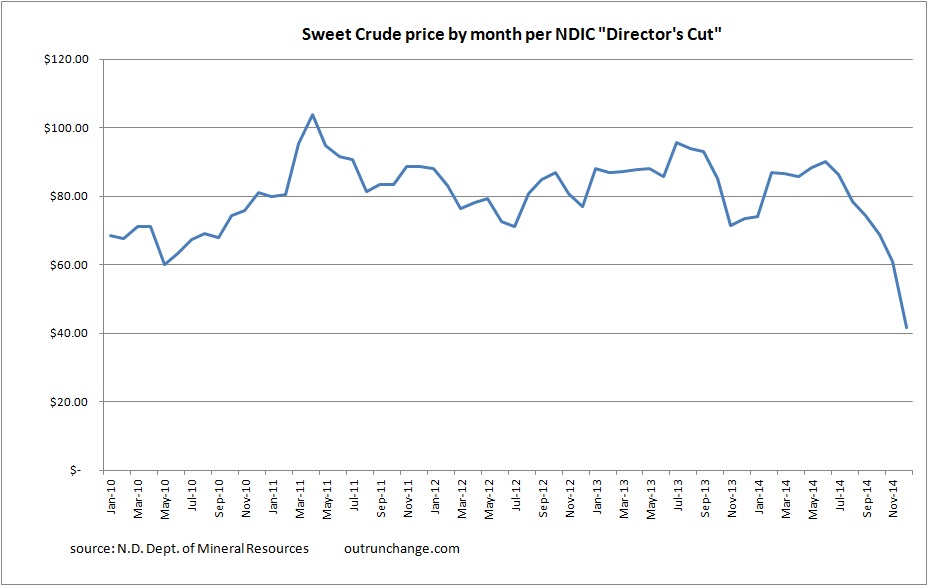 That is a rather rapid collapse. The numbers are far lower that I thought they would be. I think that is because those prices reflect the cost of transport by rail just to get the oil to refineries on the Gulf or east or west coast. New York Mercantile was $57.81 on the same day.

The rig count goes up and down as shown in the numbers for a long time.  However…

Here is a biggie in the report:

Rig count in the Williston Basin is set to fall rapidly during the first quarter of 2015.

New wells completed will fall in the spring. The waiting list of 640 wells awaiting completion may get caught up, which will help maintain the amount of newly completed wells as the count is reduced. On the other hand, drillers may let the completion work lag until prices recover.

Completions dropped a lot in October. Here is the Directors’ comment:

The drilling rig count dropped 2 from September to October, an additional 3 from October to November, and has since fallen 5 more from November to today. The number of well completions decreased from 193 (final) in September to 134 (preliminary) in October. Three significant forces are driving the slow-down: oil price, flaring reduction, and oil conditioning. Several operators have reported postponing completion work to achieve the NDIC gas capture goals.

My guess is completions and production will drop for the winter because of:

In terms of winter impact, based on eyeballing the above graph, the production dropped in five of the last six winters. The months needed for oil output to surpass the fall peak for the last six winters were 8, 3, 7, 0, 2 (but there was another drop in month 3), and 5. As a rough average, it takes about 4 months for production to surpass the level before winter kicked in.

My guess is we will have to wait quite a few months before we again see record production numbers. Well after the roads dry out in the spring. Maybe fall?

One thought on “North Dakota oil production in October ’14 plateaus, likely for the winter”