Rig count is dropping rapidly. Prices as well. More on that here.

Update before the graphs:  A few tidbits from the Department of mineral Resources director Lynn Helms on the information released Friday, as mentioned in the Bismarck Tribune’s article, Daily oil production passes 1.2 million barrels. He mentioned with oil prices starting to recover, there is a “renewed confidence” that the big trigger of oil tax reductions will not take place.

Article says, as I’ve mentioned previously, that the little trigger was pulled effective the first of February.

Flaring dropped to 24% in December. He expects the January target to be met.

Targets for flaring, per the article:

Now to the graphs. Here is some statistical data to show the story better than my words can tell: 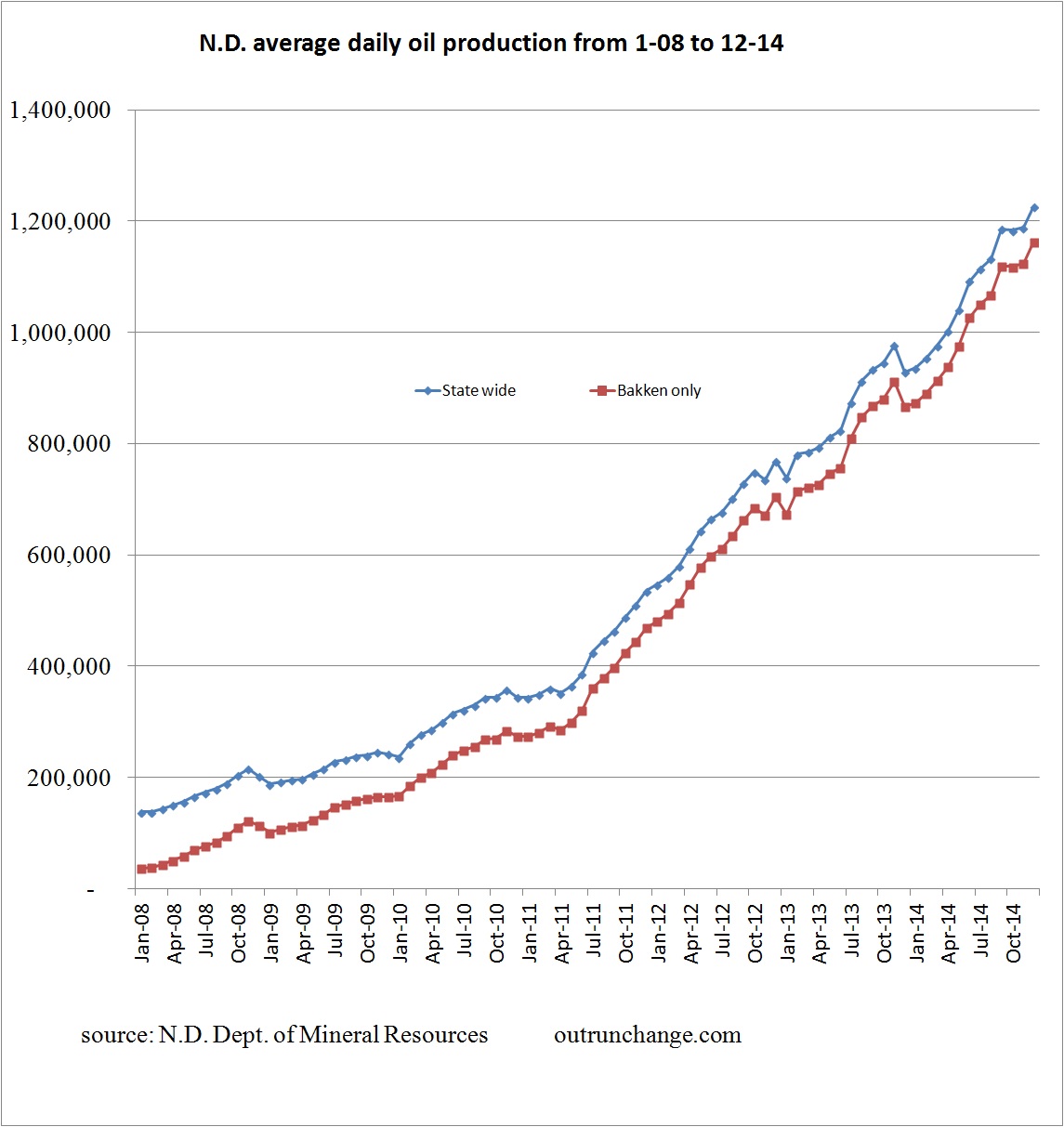 For a longer term perspective: 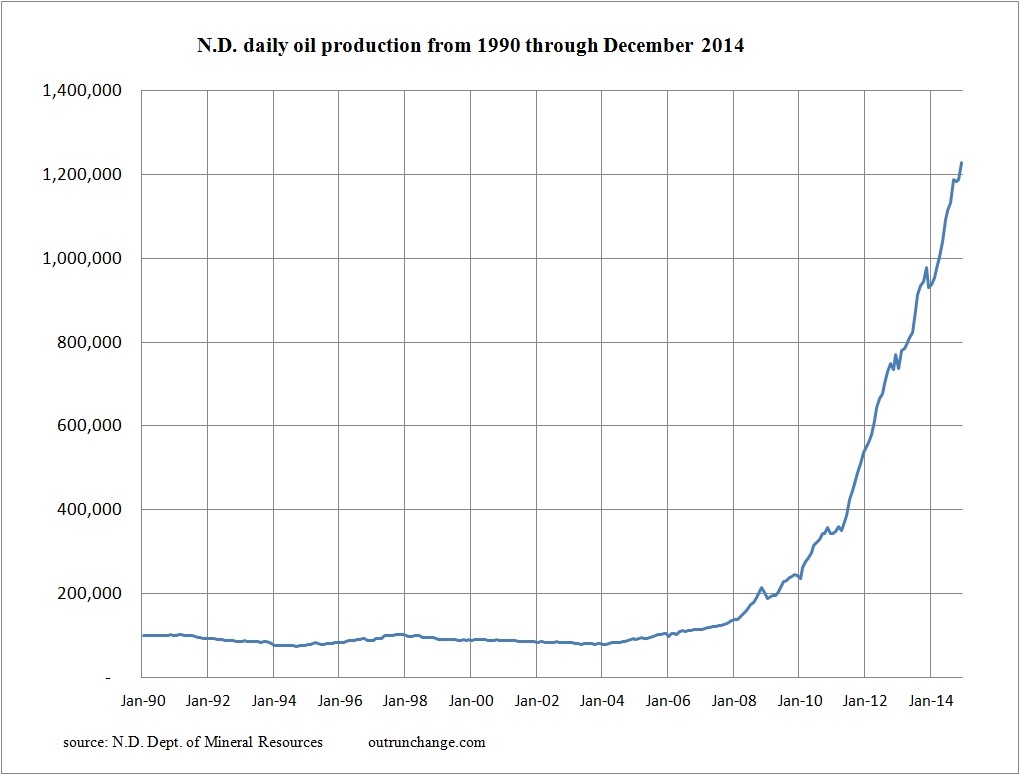