Average daily output in North Dakota declined to 1,190,511 bopd, down 3.0% from the slightly revised December record high of 1,227,483. When I say slightly, I mean the December average was increased by 139 bopd, or one-hundredth of one percent.

That brings production down to just over the amount in November. January is the third highest average.

This month I graphed the monthly value of oil production. More on that tomorrow. 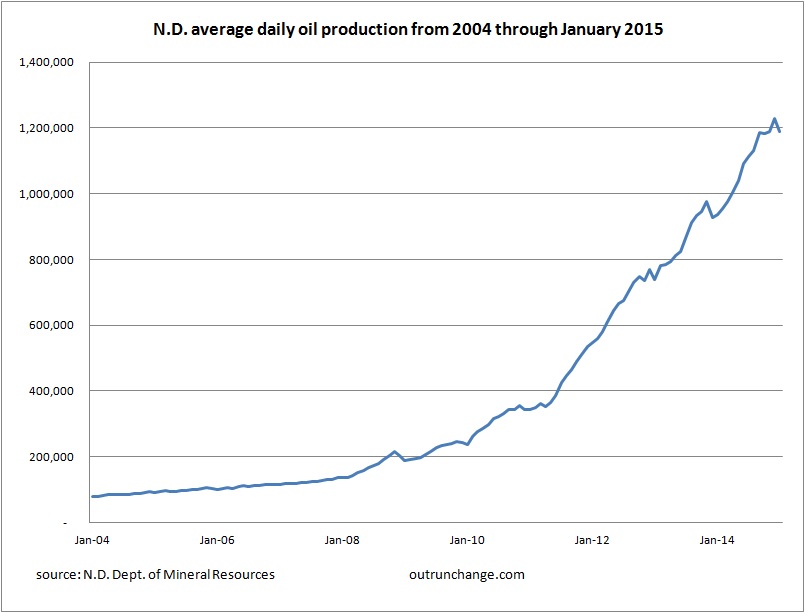 Next, a shorter time horizon with the Bakken-only data. 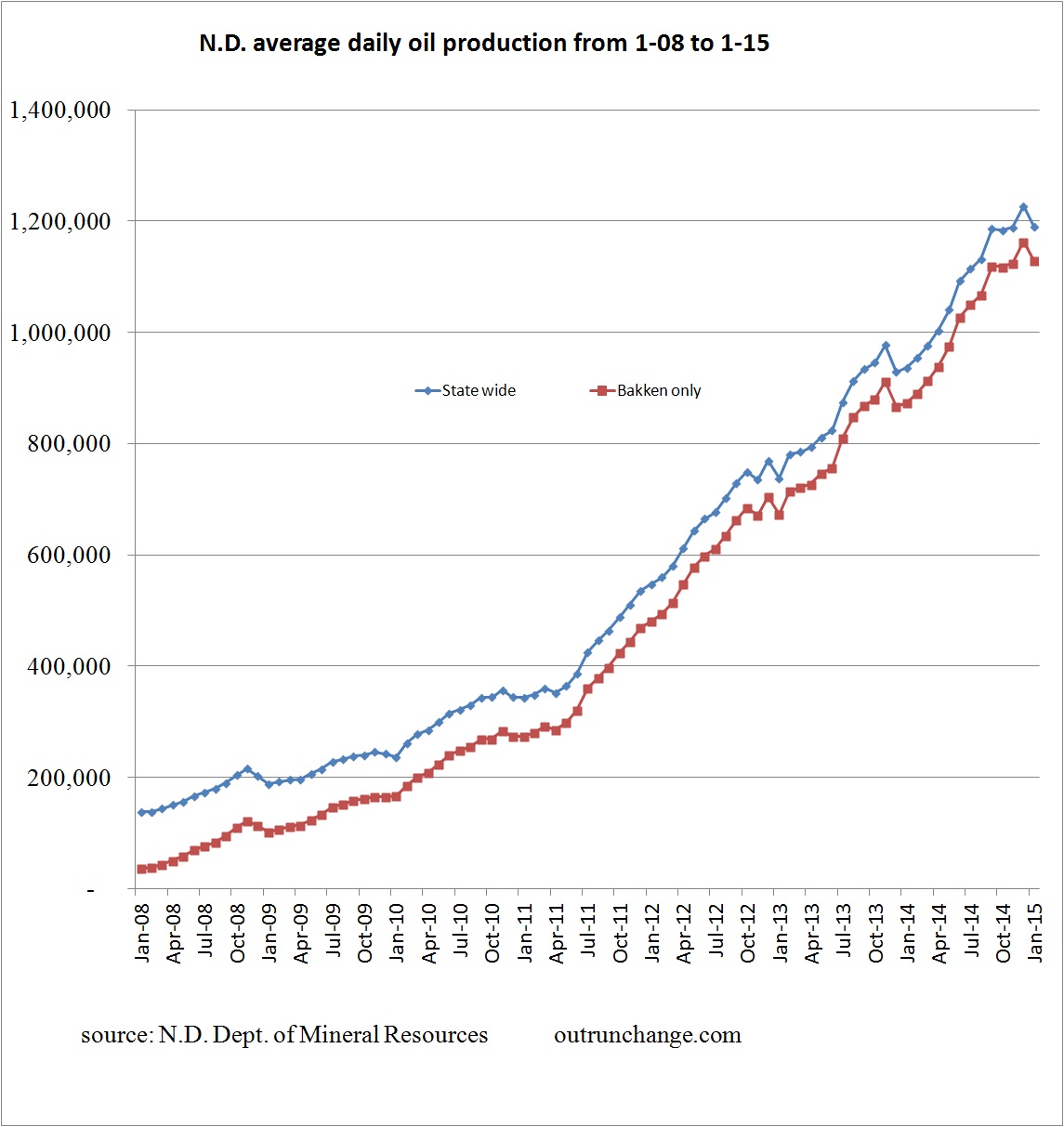