Is the cratering of crude oil prices going to crater oil production as OPEC wants to make happen? Not quite.

EIA expects crude oil will increase by these amounts:

Recall that Peak Oil doctrine states that after hitting a peak (in the 1970s), oil production would begin an inevitable, irreversible decline towards zero.

Consider that doctrine as you check out these graphs, from EIA. Change in barrels per day, in millions: 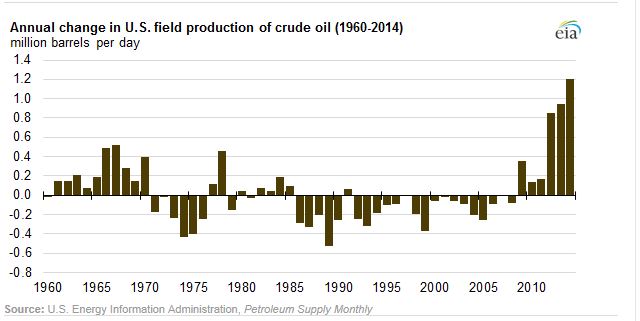 Notice the huge increase in each of the last three years and increases for six years in a row.

Again, both graphs are from EIA.