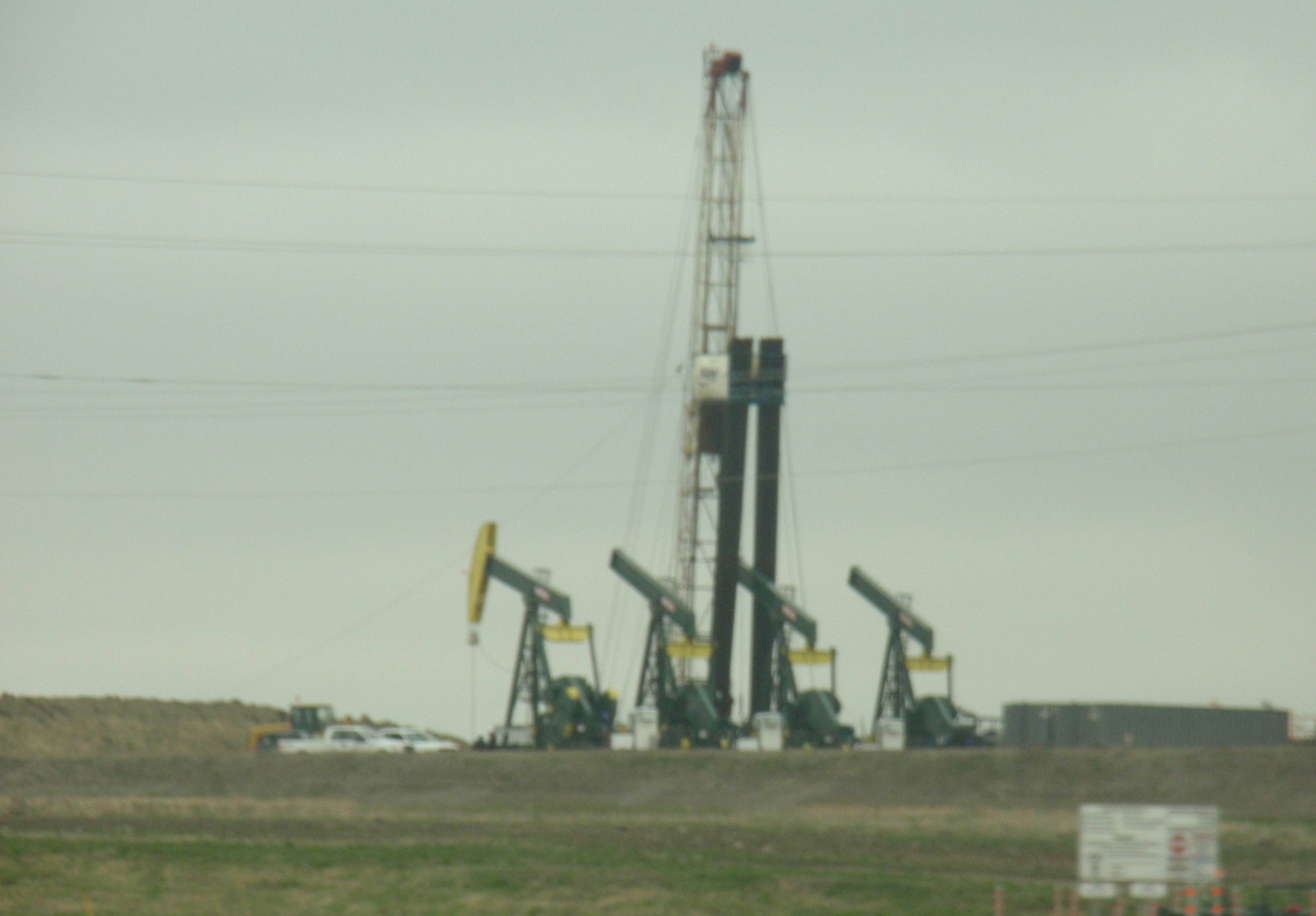 (Poorly focused photo by James Ulvog. Workover rig, one pumpjack ready to go, and three not yet complete. Gonna’ be lots of wells on that pad.)

Big drop in tax on produced oil in North Dakota won’t happen. Also a recap of the tax rates on oil.

5/29 – Associated Press at Bakken.com – Oil price increase means North Dakota tax trigger won’t hit – If crude oil prices are below a certain threshold, currently $55.09 for five consecutive months there would be a dramatic reduction in the tax on oil produced in the state.

Prices have been running below that cut off for January through April. During May the key index has been above the cutoff.

What will be the impact? Anyone who says they know is merely guessing.

If the “big trigger” have been pulled I figured there would be a surge in production following. Now? I don’t have any idea.

One fact I have read is that in North Dakota a well must be completed within one year of one the drilling was finished. That means there is an outer time limit on when the wells on the fracklog must be completed.

5/29 – Amy Dalrymple at Dickinson Press – N.D. “Large trigger” oil tax cut won’t take effect – oil has been above the cutoff in May so the “big trigger” reduction won’t take place.

Article has great summary of the various tax rates, which I will condense.

Would reduce the extraction tax from 6.5% to 4% for current wells. Production would be exempt from the tax on new wells for 24 months.

This trigger will expire on November 30.

The extraction tax will drop from 6.5% to 5% starting January 1, 2016. This was the change made as part of the agreement to end the ‘big trigger.’

For the first 75K barrels from a new well, this reduces the oil extraction tax from 6.5% to 2%. This is in effect.

Starting the first of 2016, the combined gross production tax and extraction tax rates will drop from 11.5% to 10%.