Prof. Mark Perry provides his first report on the few days he was able to spend in Williston at the end of May. From Carpe Diem on June 16: Top ten things I learned on my summer trip to the Bakken oil fields, Part I

I was there for a few days last month also. I however, did not get a two-day personal tour of Continental’s drilling sites. What a blessing for him!

If you need a primer on Bakken, I heartily recommend his post.

Here are the first five of his points with my comments:

1. The Geology of the Bakken Formation.

There are multiple layers of shale in North Dakota. Most of the oil has come out of two layers.

The three layers below that have barely been touched. The point is the petroleum wizards have no idea how much oil will be found there. Perhaps a little and perhaps a lot. 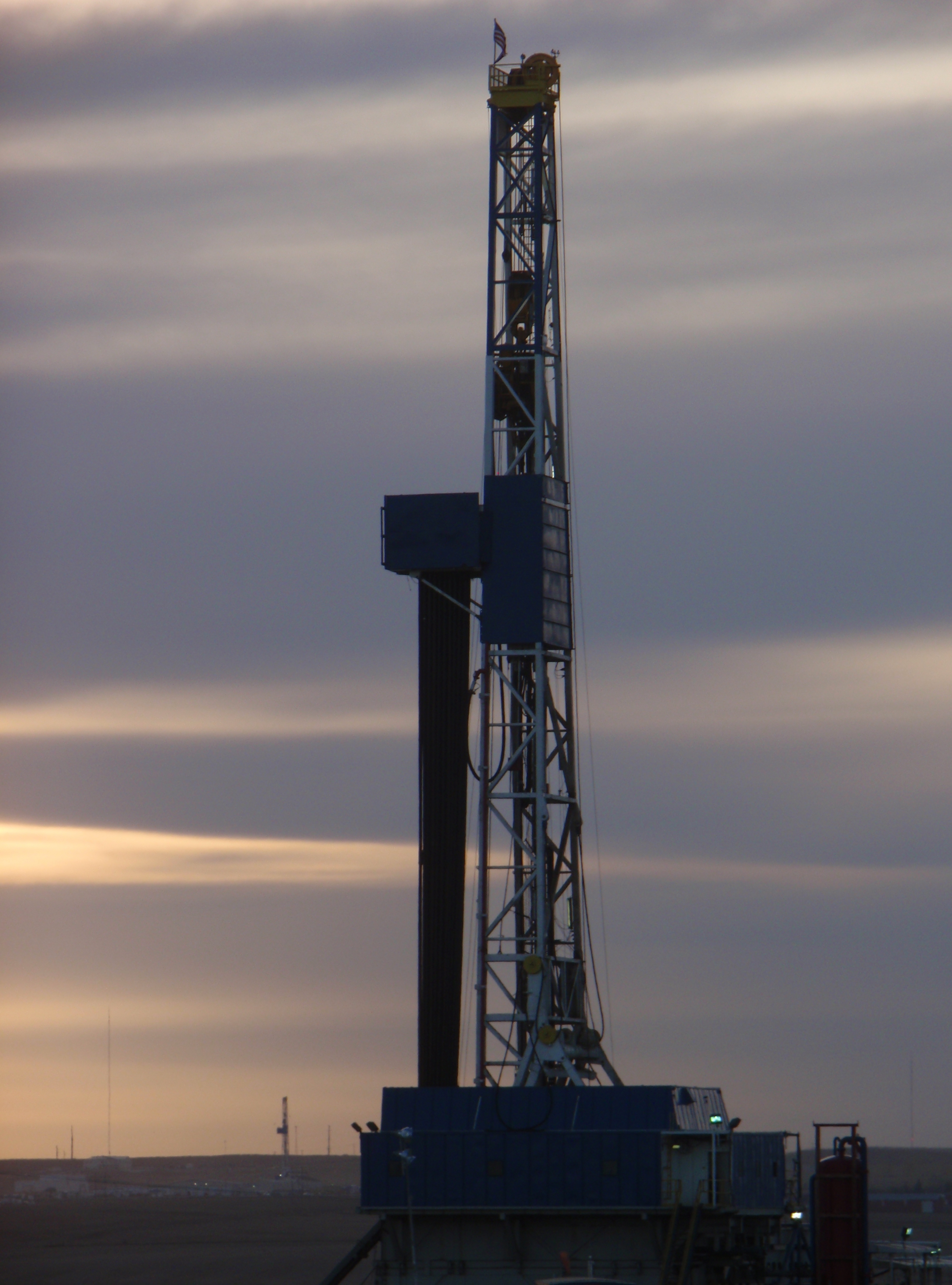 A superb primer. Of particular note is that the benches aren’t actually horizontal. They drift up and down apparently. That means the engineering wizards controlling the drill move the drill bit up or down depending on what they “see” in the next few feet ahead of the drill. That you can “see” 10,000 feet down through solid rock and all the way across a 10,000 foot lateral run is mind-boggling to me. Yet it is being done every single day as a matter-of-course by bunches of companies.

Superb picture of regular sand compared to the smaller, rounder, more uniform sand used as proppant. Good explanation of what that specialized sand does.

The huge demand for housing has, as expected, stimulated massive effort by construction companies. As expected, the volume of housing units is skyrocketing. As expected, housing prices are starting to come down as a result. As the professor points out, that is exactly what you would expect a free market economy to do.

Check out his graph of building permits issued in Williston:

In 1999 there were two, yes two, building permits. Check out the change starting in 2011. In four years there were 5,145 apartment units and 1,127 single-family homes permitted. Let’s round that to 6300 dwelling units.

Let’s assume there are only three occupants per unit. That means the housing stock has increased in the last five years sufficient to house somewhere around 19,000 more people. That doesn’t count man camps.

Keep in mind new housing for around 19,000 people is in relation to a city that had a population somewhere around 11,000 before the boom.

The increase in housing was quite visible during our trip last month compared to last October.

Bakken is drawing workers from all over the world.  The increased racial diversity in Williston was quite visible during my trip this past month. The increase from October 2013 to October 2014 was significant, but the increase this time was even more noticeable.

Without trying to keep any sort of tally and based merely on gut feel after hanging around town for a few days, it seemed the racial mix was more diverse there than what you would see at the several major shopping centers in the area where I live in Southern California. Walk around the Walmart in Williston for a while and you would think that you were somewhere in the city of Los Angeles.

Walk up to a clerk in convenience store and you are most likely to hear a very thick French accent or a crisp English accent from a very recent immigrant from Africa (far more French than British accents).  I couldn’t even identify several of the languages overheard in Walmart.

The professor’s conclusion from part one:

Bottom Line: Overall, I think what impressed me the most about visiting the Bakken oil fields is the amazing technical sophistication involved in drilling for shale resources in reservoirs miles below the Earth’s surface, and then drilling out laterally (horizontally) for several more miles to extract oil from saturated shale rock formations that were previously inaccessible with the traditional drilling and extraction technologies. We can thank American petropreneurs like Continental’s Harold Hamm who preserved for decades until they finally “cracked the shale code” with revolutionary, breakthrough drilling and extraction technologies that have transformed America in an energy superpower. More than most people think, the oil and gas business is a very, very high-tech industry that uses cutting-edge, advanced engineering, geological and drilling technologies that continually advance and improve.

What is even more astounding to me is that the radical advances in technology that allow pulling several hundred thousand barrels of oil out of solid rock with every well that is drilled isn’t the end. The technological advances and engineering insight just keeps growing:

The technological innovation that unlocked the nation’s oceans of shale resources hasn’t stopped but instead has actually intensified. New ideas, technologies and ways of cracking the shale code emerge daily, as America’s “petropreneurs” get better and better at what they do all the time.