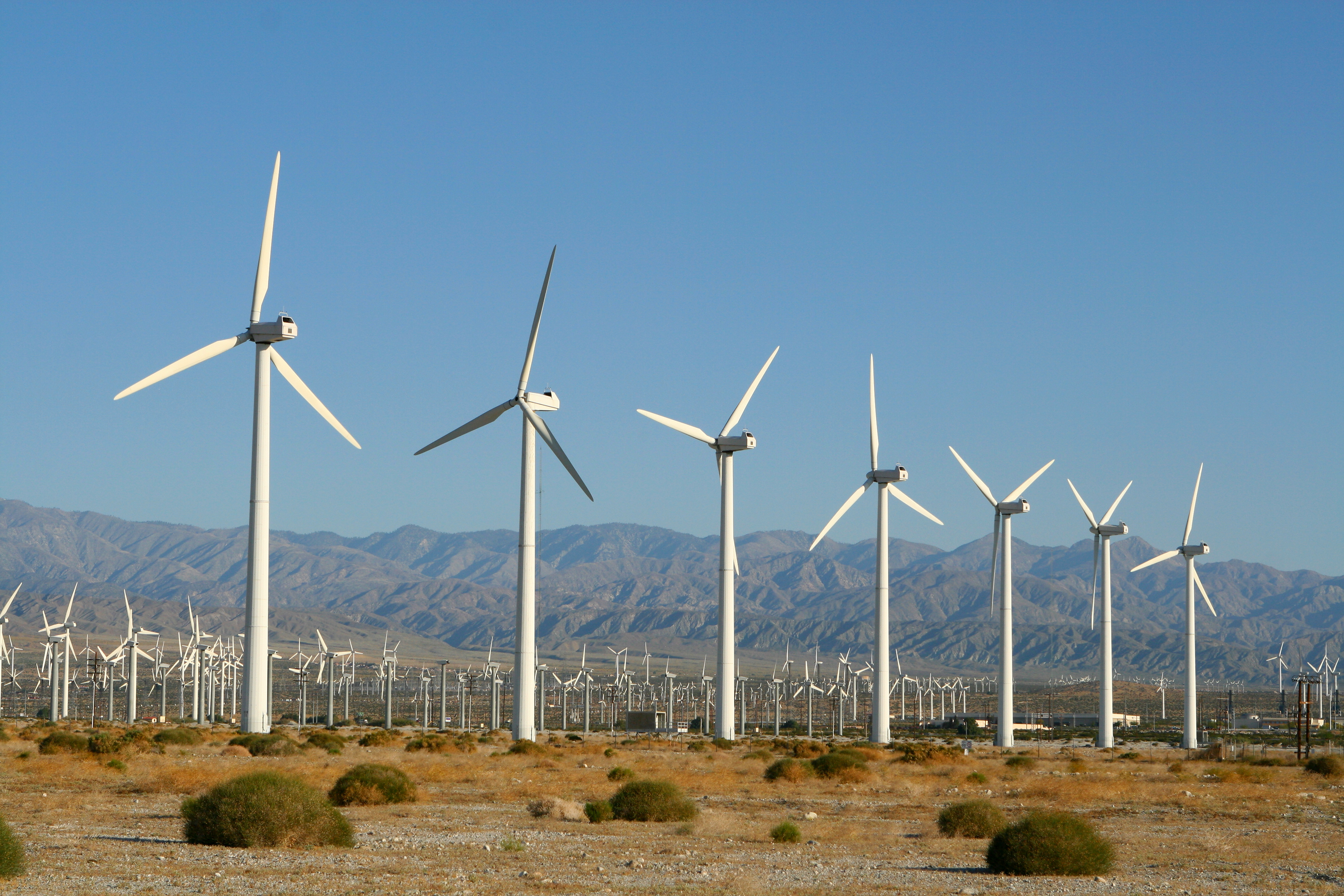 Operational condition of wind turbines in California for 86% of the time in the first quarter of 2015. Image courtesy of DollarPhotoClub.com

In addition to being expensive and requiring massive taxpayer subsidies, wind power is also unreliable. On September 3 Marginal Revolution wonders Is there a wind shortage?

Seems that output from US slicer-dicer farms is down 6% in the first half of 2015 even though rated, theoretical capacity is up 9%.  Apparently there has been a six month lull in wind speed.

Wind farms have only realized 33% of their potential capacity instead of the typical 38%, according to the quoted industry leaders.

One wag at the site declared we are harvesting too much wind. We have obviously hit Peak Wind and will now enter an irreversible, unavoidable decline in output. Followup commenter worries our grandchildren will grow up in a kiteless world.

The industry-paid, owned mouthpiece says it is no big deal. The drop in wind is because it is just a part of the normal fluctuation in wind speed.

Umm…unreliability is the point of this post. Thanks for making it for me.

In our society today, the industry-funded researchers are supposed to be ignored, so filter their comments the way you would filter something from API. By our society’s current rules, that means we can brush off everything the paid wind industry lobbyist says as nothing more than paid fluff if we want to.

Anyway, they claim The main reason wind energy output appears lower in 2015?  2014 was a record high wind year. To support their assertion, they claim this is the percentage of capacity realized in the first six months of each year:

Perhaps that is circular reasoning: proof that the wind was gentler is that the industry had lower capacity. I think there is something wrong in the graph, because net generation is higher than capacity every year from 2007 through 2015. I’m not sure, but doubt that actual output can be higher than potential output.

Yet another reason wind power along with solar should be called the unreliables, not the renewables.

Tax credits – We have known a long time that wind farms are only viable if massive tax subsidies are provided. Without the feds underwriting much of the cost, wind turbine construction would collapse.

Wind is blowing below the five-year average

Most important comment in the article is that wind output for the first five months of ’15 are below the five-year average. That means production is far lower than expected.

This pattern has been visible all year. Consider the first quarter…

5/14 – Platts – Warming weathering in California exposes vulnerabilities of wind power – This article and Million Dollar Way speculates on reasons for the collapse in electricity sales from California wind farms in the first quarter of 2015. Main factors, as speculated, are the lack of preventive maintenance and the life spans of wind turbines being about half as long as projected. Twelve to fifteen years instead of 30.

Let me extend that concept to the cost to provide electricity.