Crude oil production averaged 1,186,444 BOPD in August, which was down only 20,552 barrels a day from July. The high was 1,227,529 in December, which makes August the eighth highest production month on record. 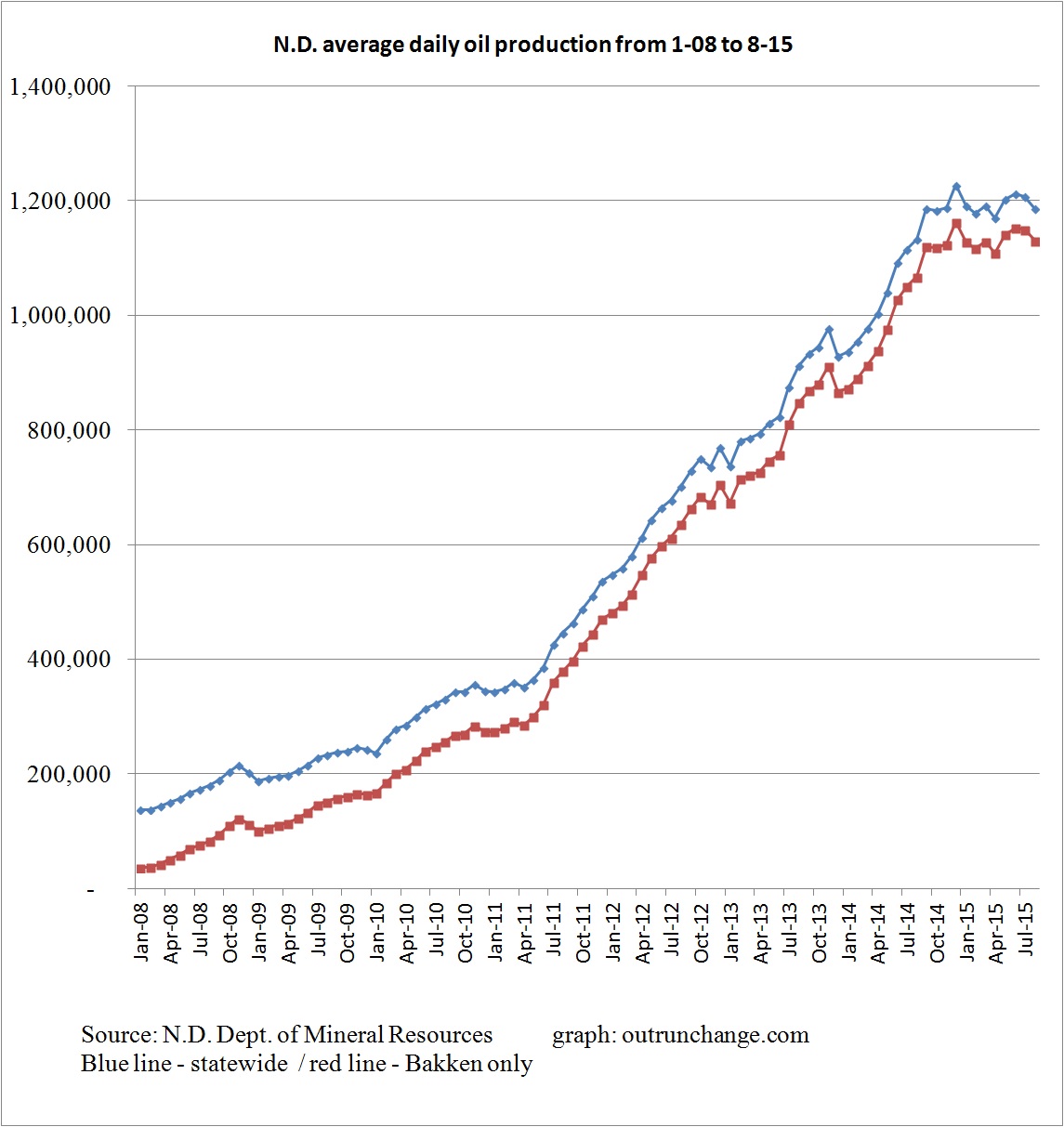 Not the collapse that OPEC had apparently been expecting. It is also not a mirror image of the runup in production, which is what Peak Oil doctrine dictates should have happened.

Look at the backlog of wells waiting to be completed, or the fracklog: 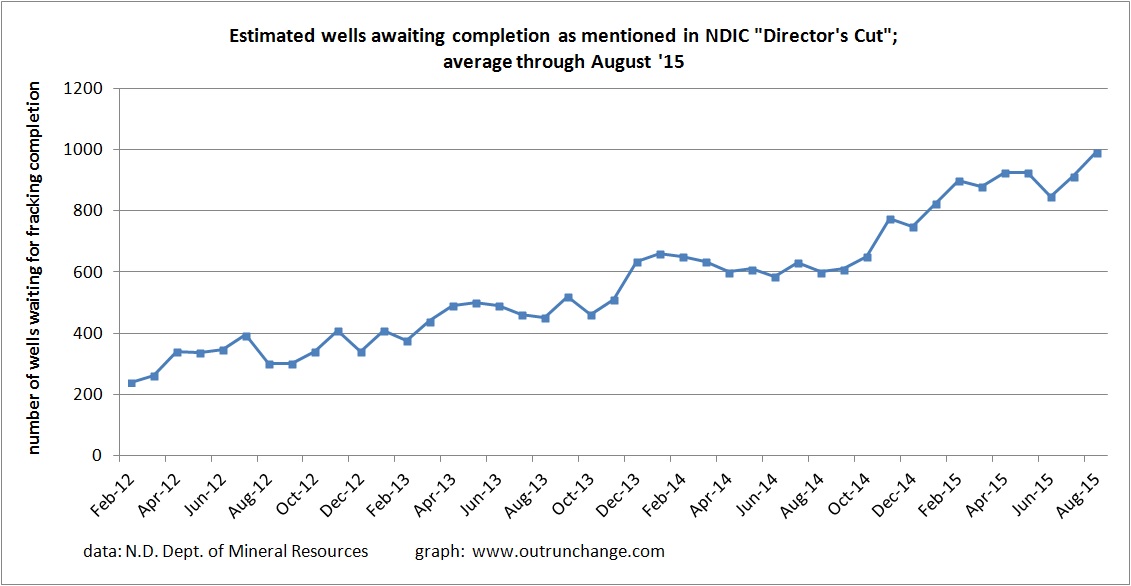 The buildup of over 300 wells since last fall represents production that is just waiting for an improvement in price. A modest jump in crude will open up a lot of those wells. At the recent completion rates of 120 to 150 wells a month, the fracklog represents somewhere between 6 and 8 months of new wells.