Here are a few more graphs on crude production in North Dakota as released by the state on 11/13/15. First the fracklog and then the number of working rigs.

Fracklog for September is 1,091. That is the estimated number of wells waiting to be completed. They are drilled to depth, temporarily closed, and only need to be fracked in order to start producing. 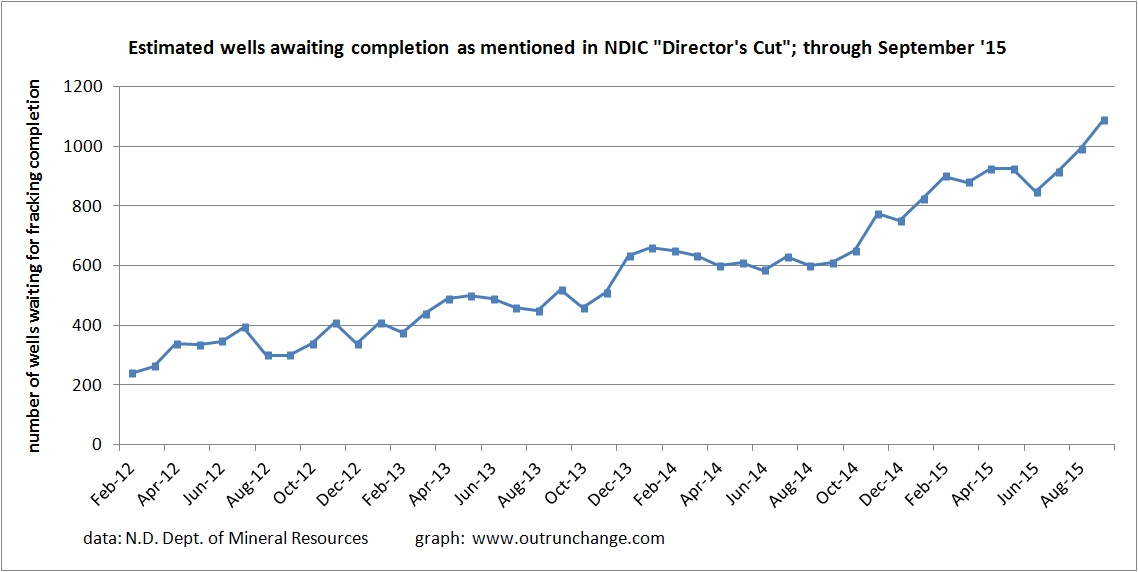 The fracklog count plateaued at around 600 for most of 2014. Then started climbing in November.

Think of each of those as around a half million barrels of oil just sitting on the shelf, waiting for a good price to pull them off the shelf and put them on the market.

Here is the number of drilling rigs working in the state, according to the “Director’s Cut” report: 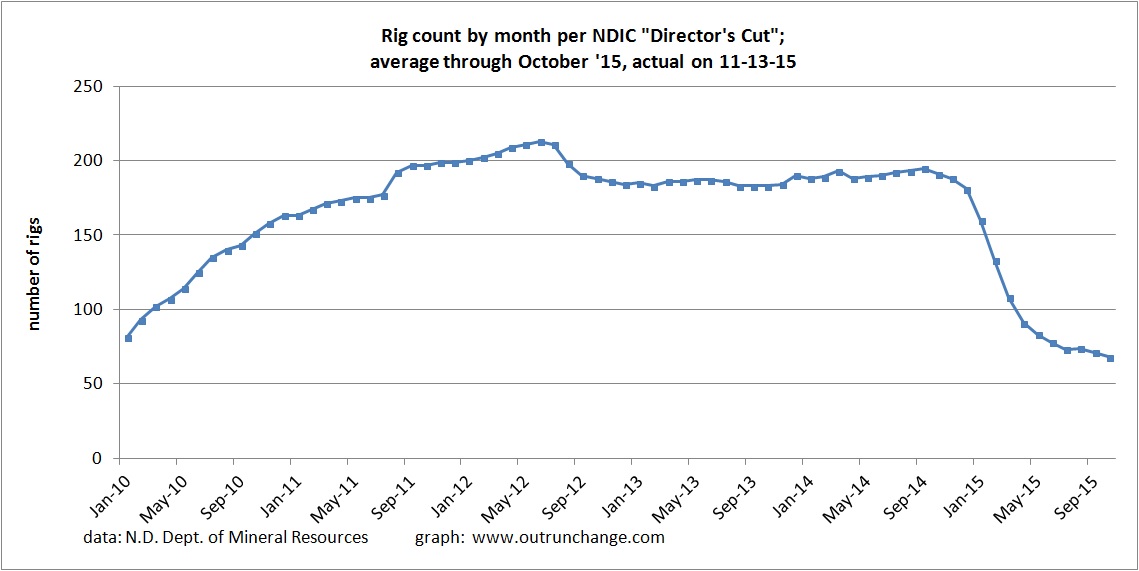 Still looks like small declines but relatively stable for the last several months.