Fracklog dropped from previously reported 1,091 to 975. That is still a huge amount of oil sitting on the shelf, just waiting for a frackjob to start producing.

Not quite what OPEC, I mean the Saudis, had planned when they adopted their plan to take out US shale.

That is perhaps what OPEC, err, the Saudis, were thinking.

Here are my regular basic production graphs. Won’t have the others this month. 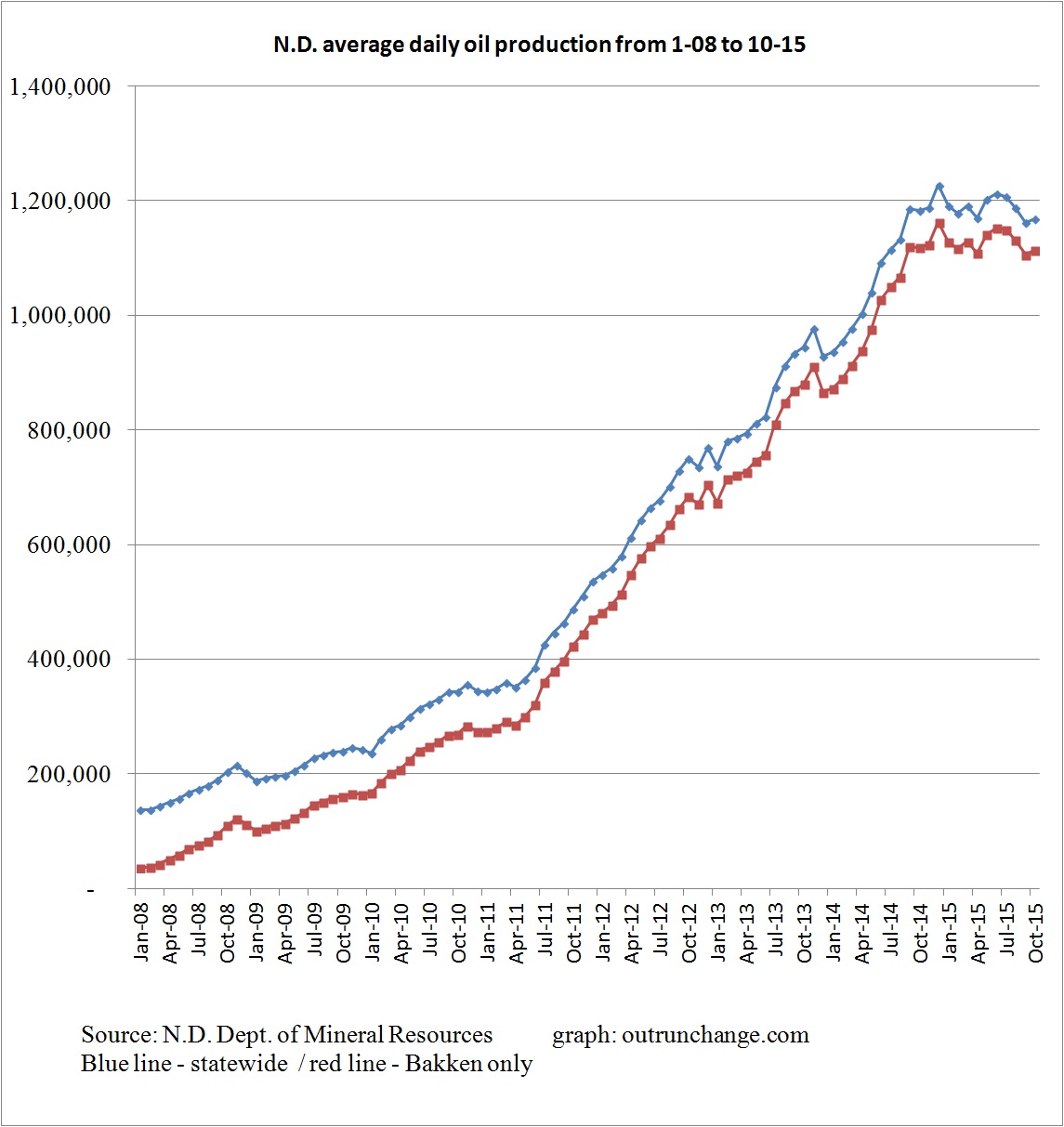 Here is the long-term view: 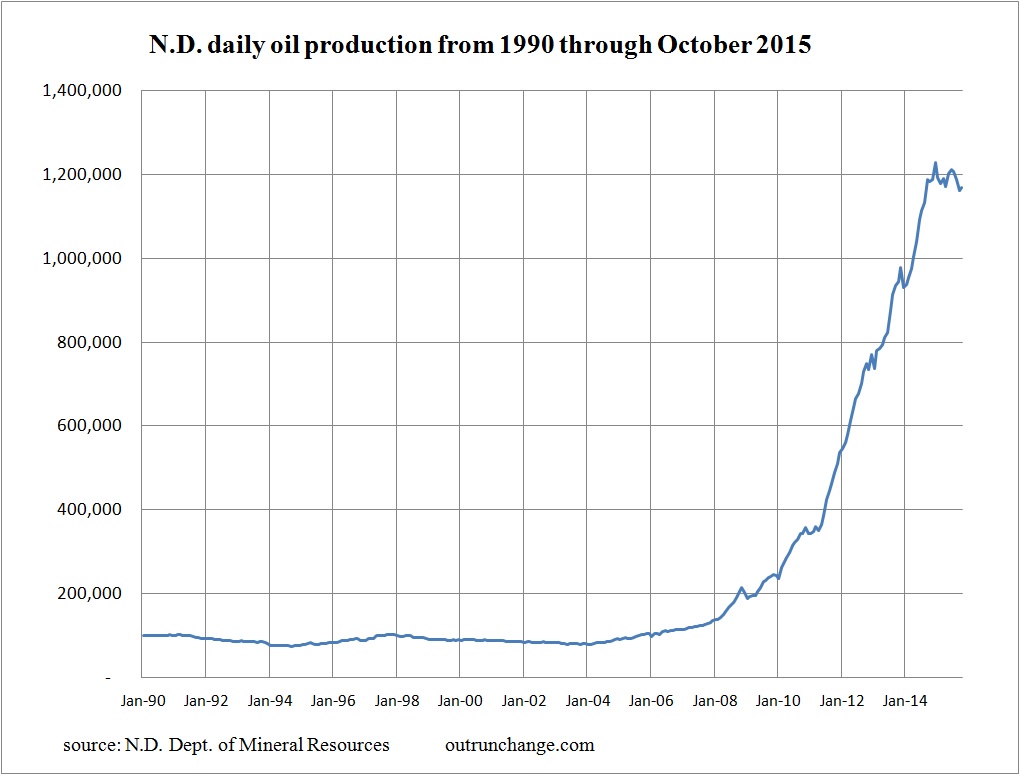