Just as a matter of pure speculation, I wonder what production of crude oil might be if OPEC, I mean Saudi Arabia, had not opened the production spigots in late 2014?

What might the output be if growth continued at the rate of the last few years?

I tried graphing the production trend assuming the growth in output continued at the average rate of the last two years.

First the graph showing my guess, then my assumptions: 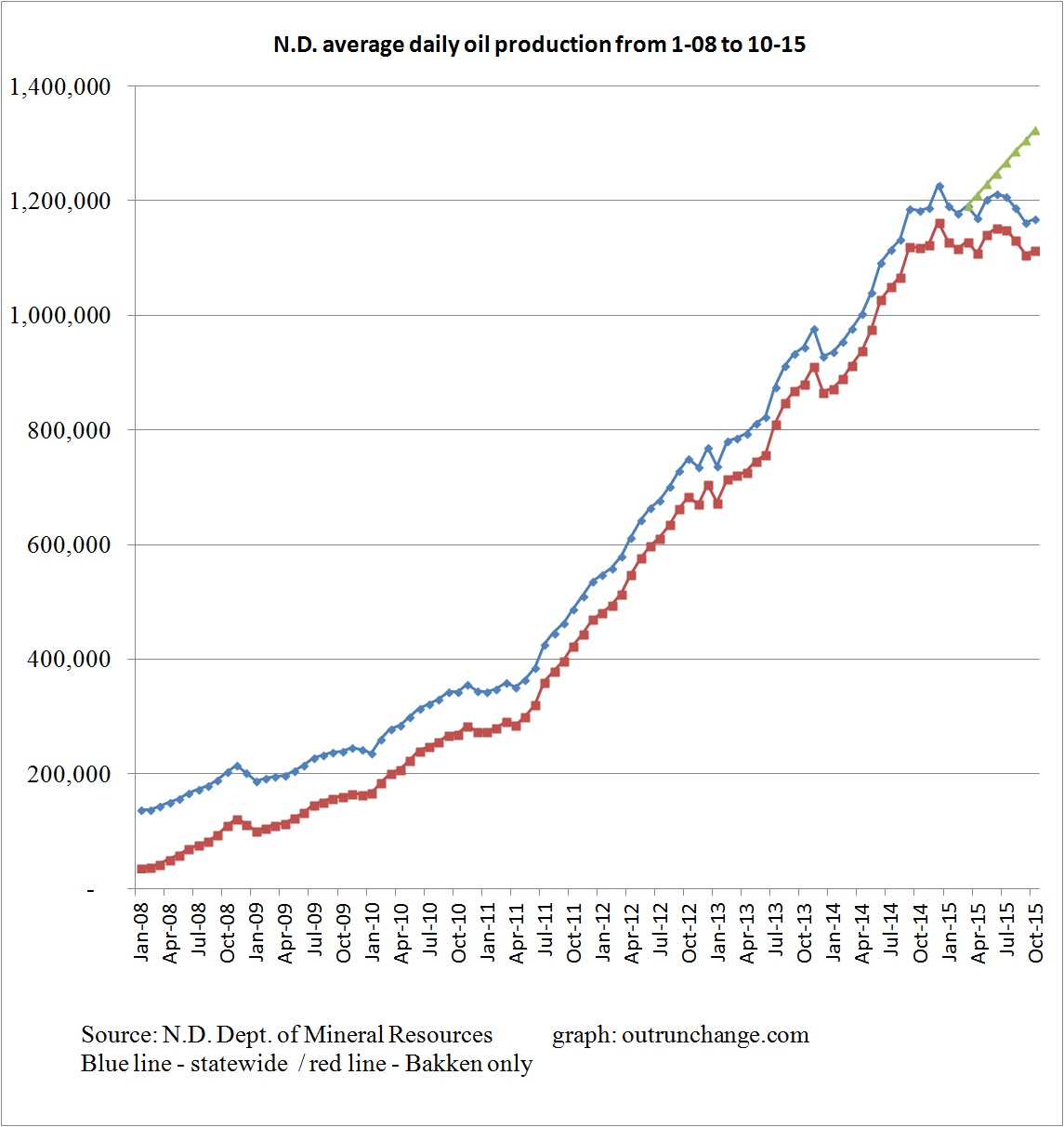 Let’s assume that is a reasonable approximation of what would be a sustainable increase.

Production usually slows in the winter because of harsh weather. In looking at the actual production for 2015 I see production dropped in January and February with an increase in March. I will assume that is the point production could have increased at the two-year average. If I string those assumptions together, I get a graph shown above.

With my assumptions, that means production might have been 1.32M bopd in October instead of 1.17M bopd. That would be a difference of about 0.15M bopd.

This is just a thought experiment. What do you think?