A few graphs today and a few more Monday. Here is what the state-wide and Bakken-only production looks like, along with a what-if guess based on average increases having continued. 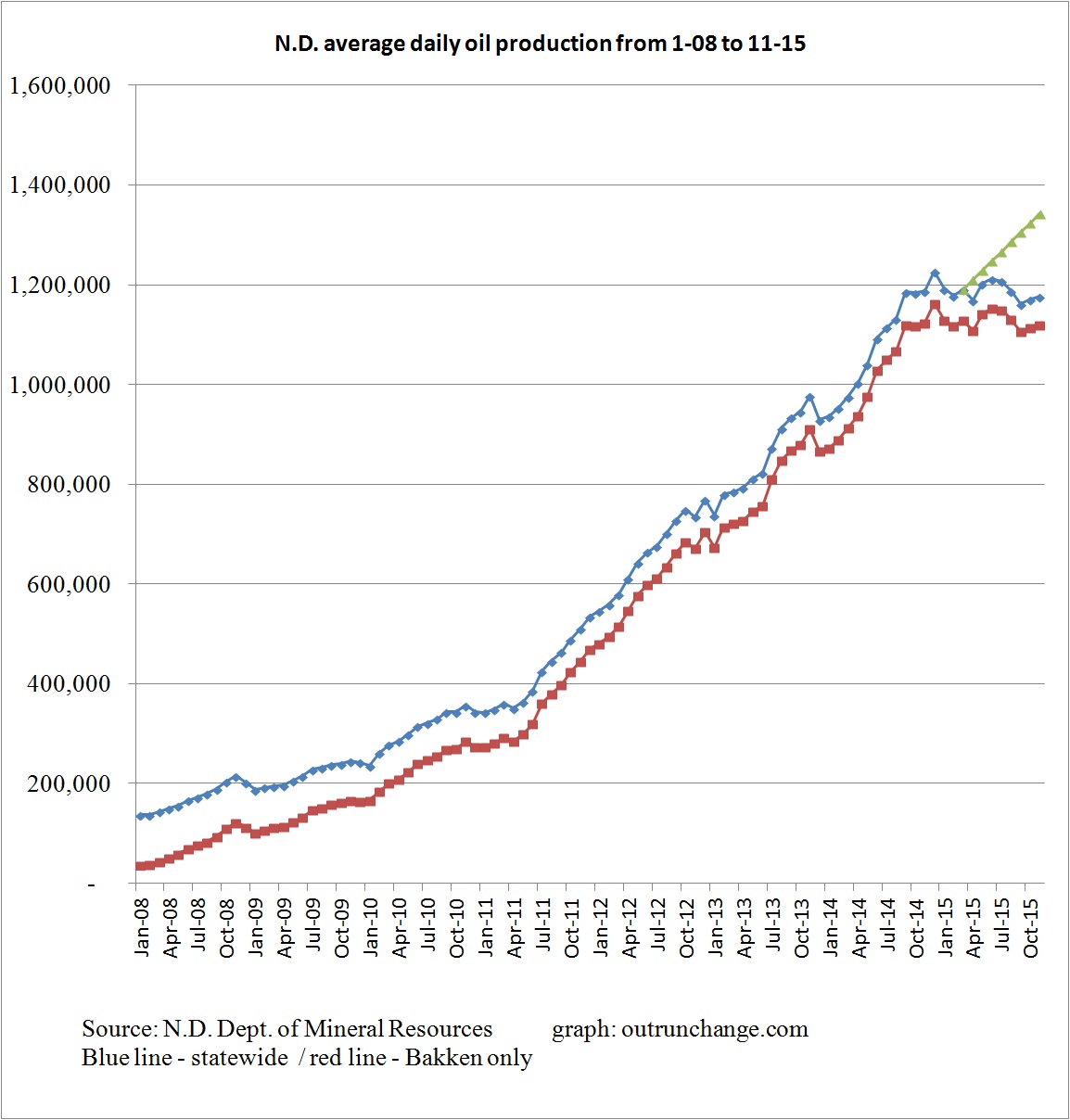 Here is the long-term picture of state-wide production: 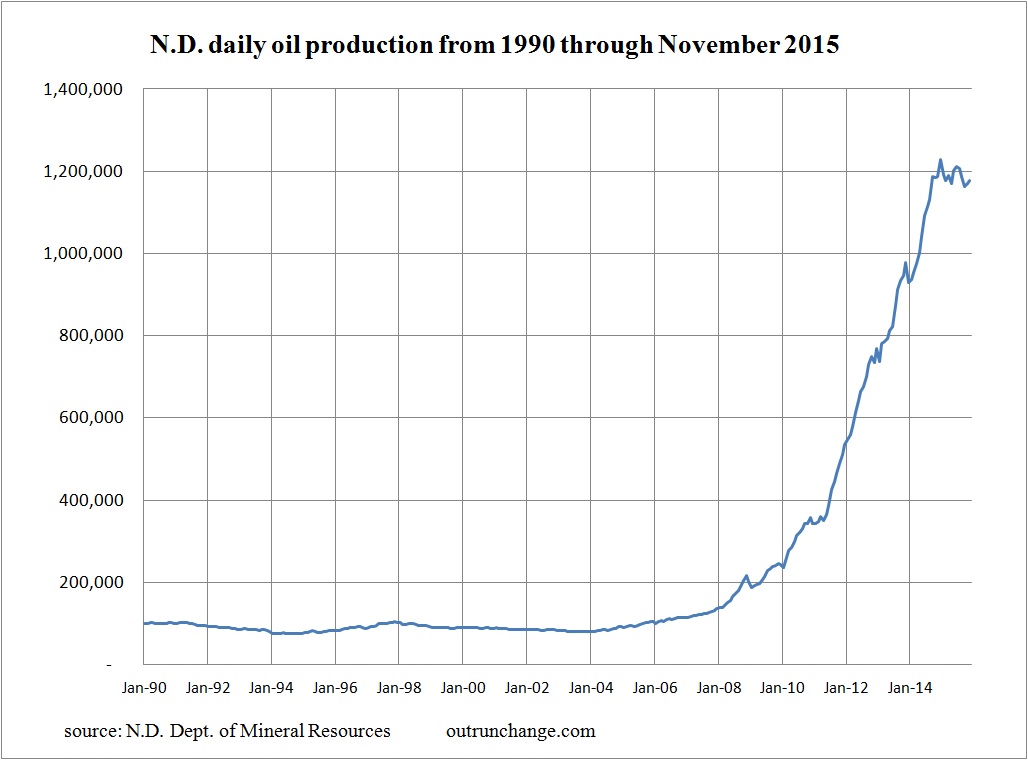