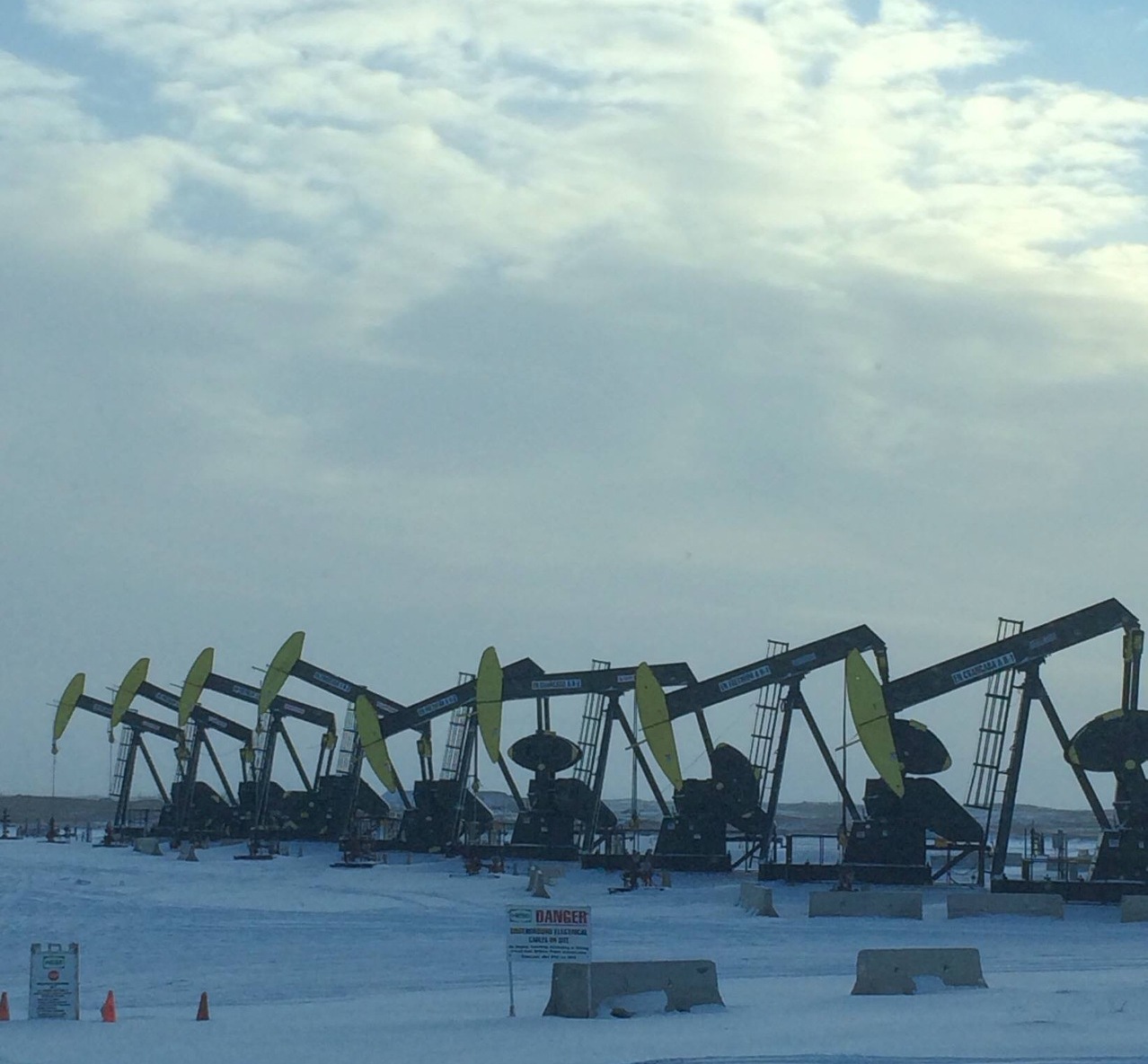 I’ve been going through a backlog of energy articles that I haven’t had opportunity to comment on before. A great article last fall from The Million Dollar Way prompted me to look at what has happened to oil output since prices collapsed.

10/14/15 – The Million Dollar Way – Wednesday, October 14, 2015 – Part IV; Blue Skies – Article is from October. The underlying point stands. Look how little the monthly output has changed even though drilling activity has shrunk.

Here are some stats mentioned for October 15 with prior year numbers:

So production has collapsed, right?

That must be the case because so many people have been saying for years that the only way production is stable is because of the massive amounts of new wells drilled every month. For as long as I have been blogging on the Bakken, I have been reading that production will collapse the month there is not a huge number of wells brought online.

Check out these output numbers for average daily production in the state, with a comparison of August to August, since that is the most current information available when the above post was written:

OPEC intended to cause a dramatic drop in drilling activity. I seriously doubt they were expecting output to go up a bit.

Perhaps you think August is not a good cut off. Okay, let’s look at the change from the highest output to most current. Here’s the info since then:

Let’s look at it from another direction. What has happened since prices started to collapse?

So what has happened in production since the high point of oil prices? Check it out:

In a year and a half of collapsing prices, production has increased around 8%. That is not even close to what OPEC, I mean Saudi Arabia, had in mind.

Eventually production will drop. The drop will eventually be substantial. I take the risk of posting this before release of the February report disclosing the December production information. That info will be released later today or tomorrow.