The year and half of effort by Saudi Arabia to shut down the shale industry is finally having a visible impact on production in North Dakota. Average production dropped 30,590 bopd to average of 1,122,106 bopd in January. That is a 2.65% drop in January following a 2.46% drop in December.

I’ve seen speculation that the January output would drop dramatically. Not sure that two and a half percent meets that particular forecast.

January production is down 105k bopd from the high water mark in December 2014. Going to take a reeeeeally long time to clear the 1 million bopd world-wide oversupply at that rate.

Don’t have time to update all my graphs this month, so here is the basic production graph I’ve been tracking: 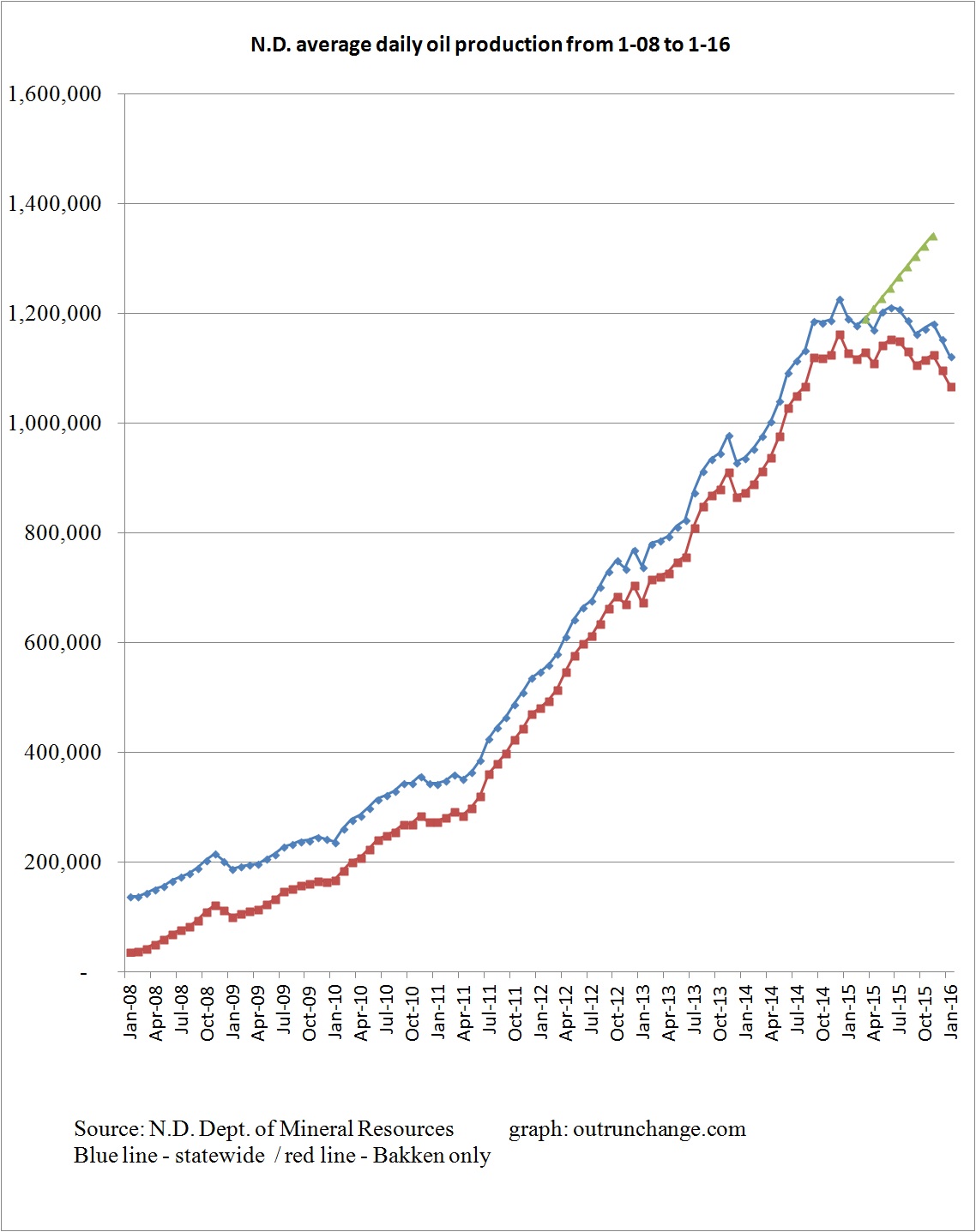