Here are a few graphs to paint the story. First average monthly production from 2008 through February 2016 showing total for the state and Bakken field only. Included in that graph is a pro forma of what production would have been (based on my wild guess) if the production increased after the winter at the average rate of increase over the preceding 24 months.

Second graph is average production in the state since 1990. Finally, to show the change since 2010 more dramatically is a graph of production since 2004. 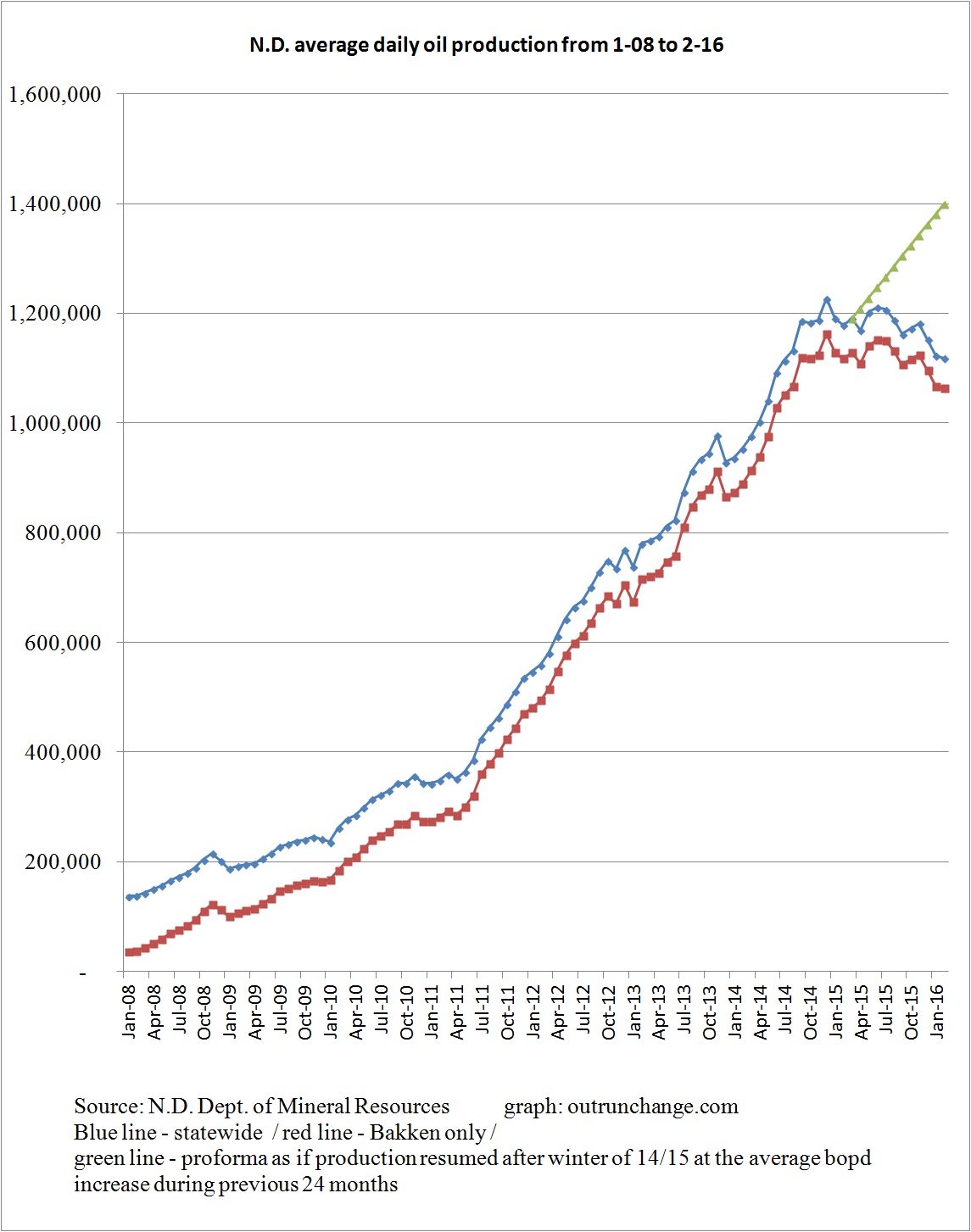 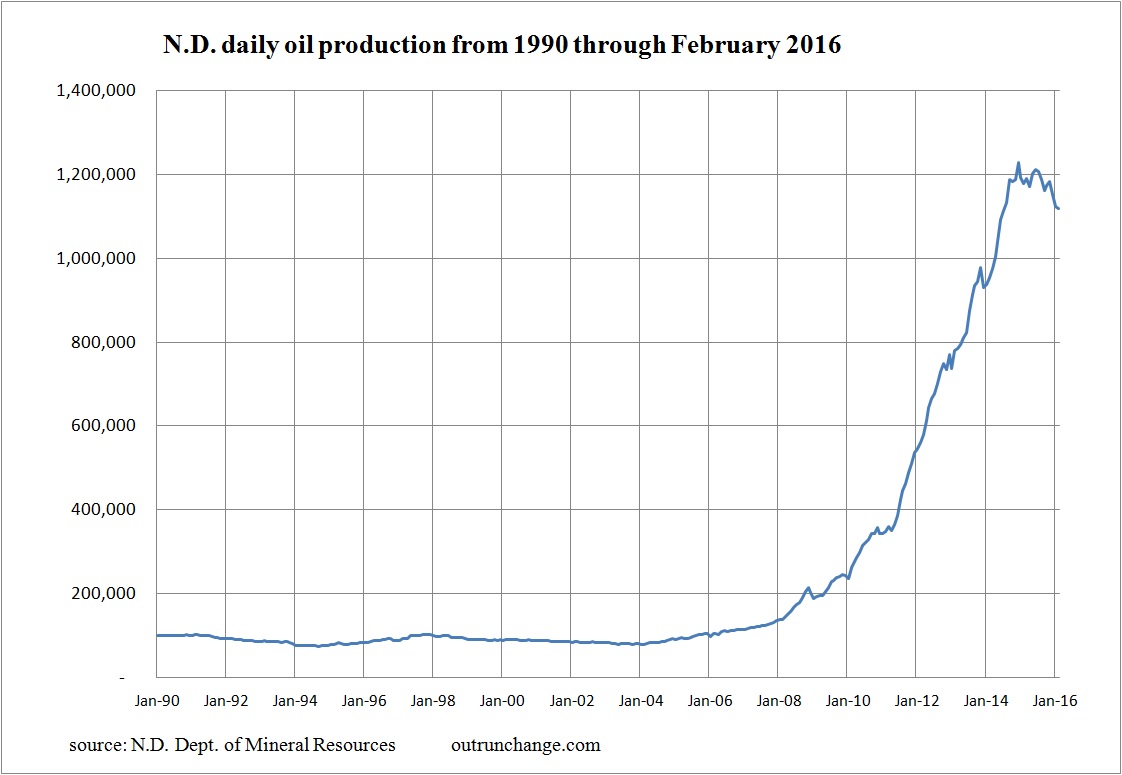 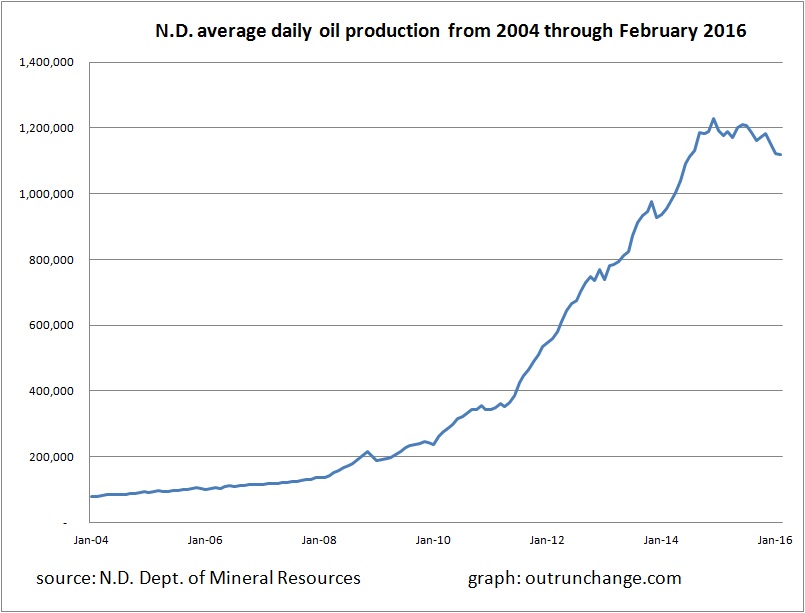