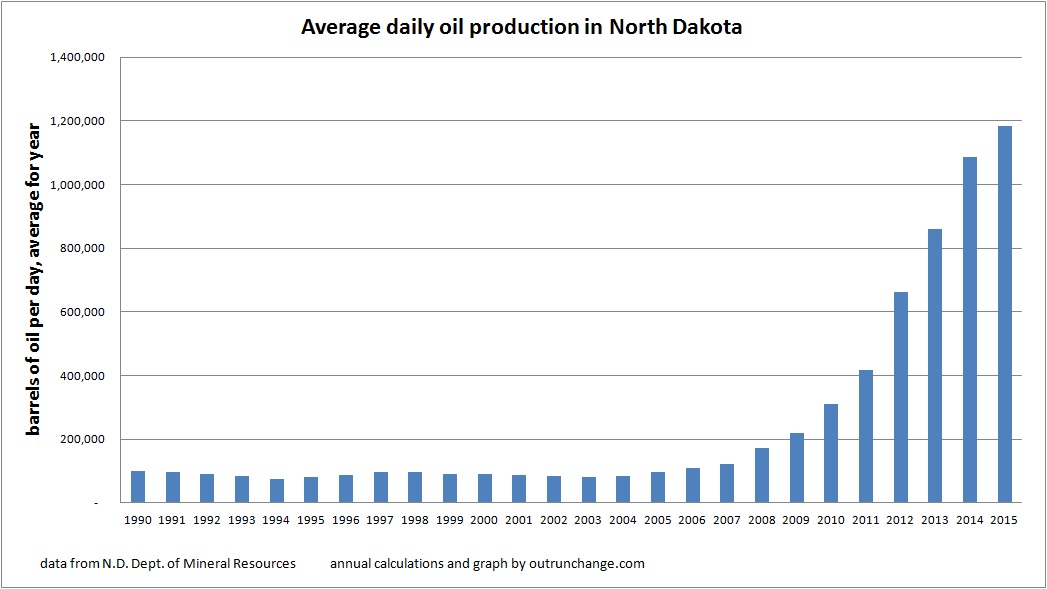 For long-term archive purposes, here is a timeframe for the Bakken boom.

6/28 – The Million Dollar Way – The Bakken Is In Its Manufacturing Stage – Bruce Oksol provides a useful long-term perspective on how Bakken production has developed:

For more perspective, here is the average daily production for each of the above years. I calculated the following from data pulled from the state website:

Graph of average daily production by year since 1990 is at the top of this post.