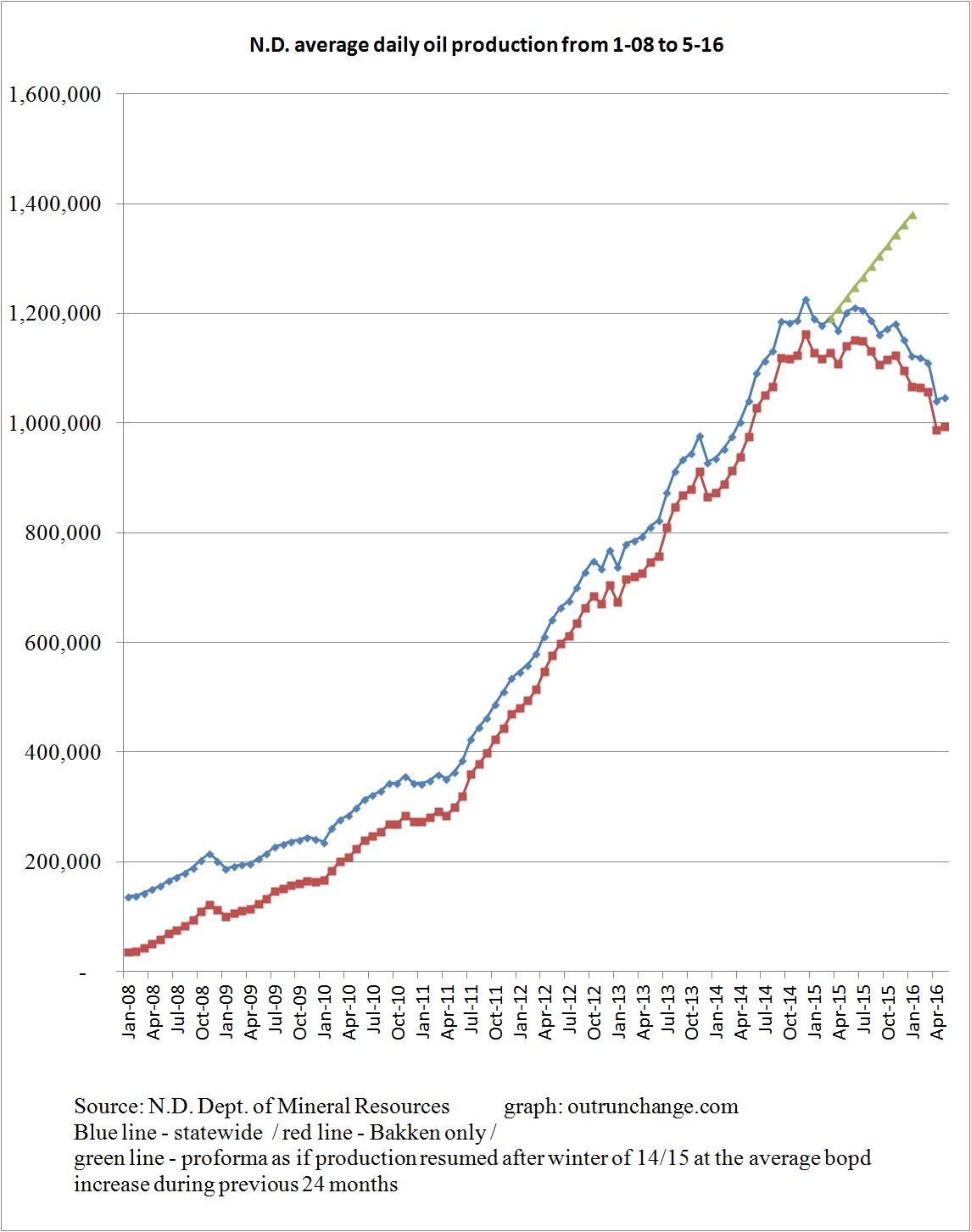 Oil production in North Dakota dropped about 6.3% in April and recovered a little in May, increasing about 0.5%. Here is the average daily production for last three months:

Here are a few graphs that show the picture: 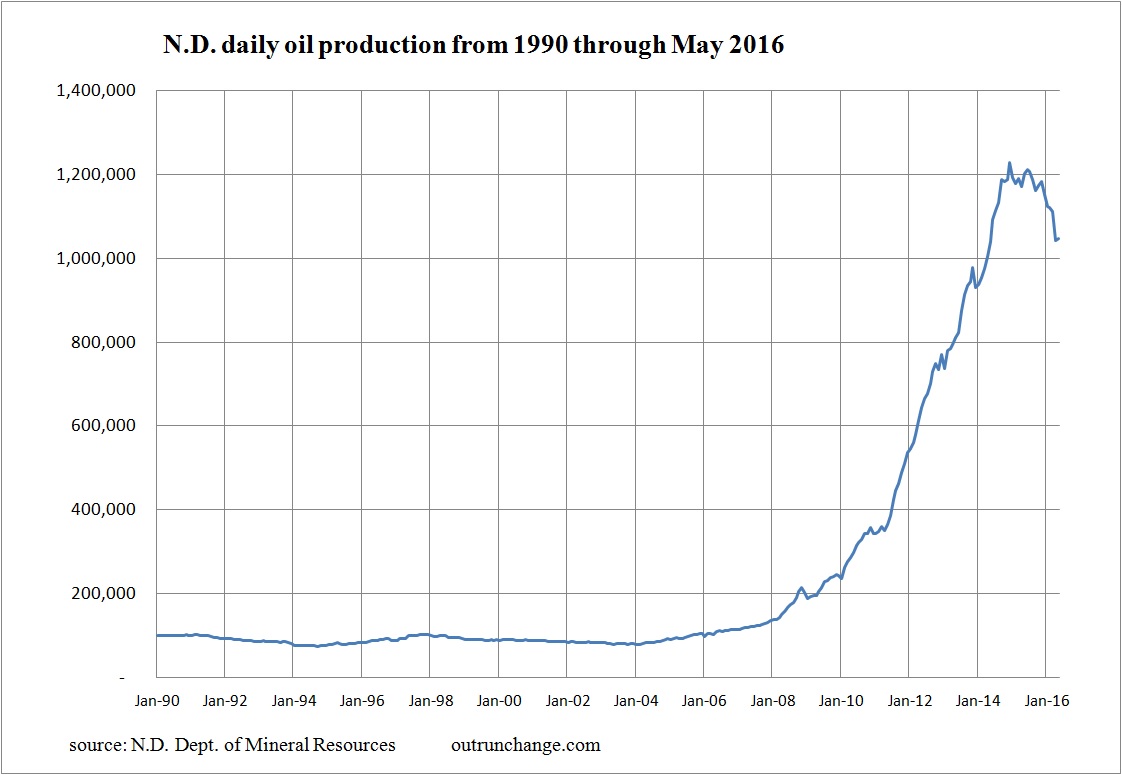