Million Dollar Way highlights the NDIC says a shortage of experience workers is slowing down completions.

Article also points out it will take another month to see what impact DAPL will having on the amount of oil shipped by rail. This is a big deal on the revenue realized by producers.

The spread between West Texas Intermediate and what Bakken producers get is about $11 a barrel. That is the cost of transport. The spread is expected to be $6 or $7 for oil shipped through DAPL.

Here are a few graphs to tell the production story:

Average production for state and Bakken only:

Value of monthly production, which seems to have stabilized in the last six months or so:

A mere billion dollars a month, more or less, from an oil field that a decade ago was untouchable.

Production averages since 2004, for a longer term perspective: 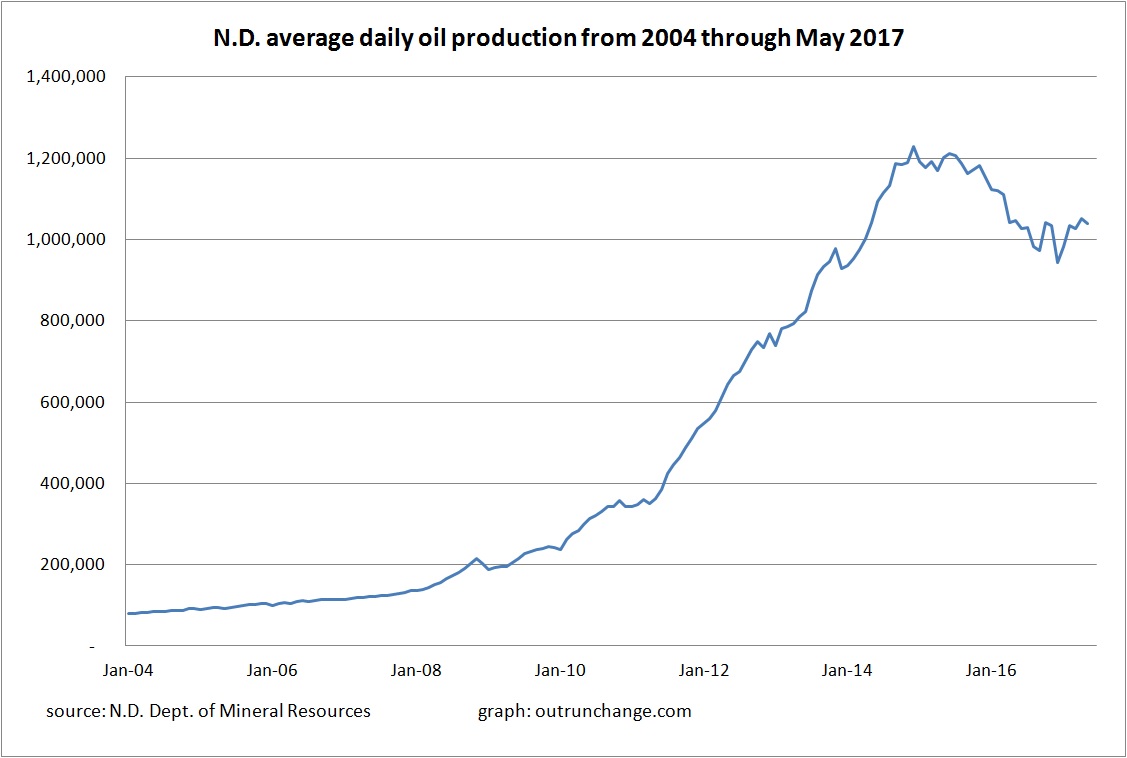