The record high production was 1,211,330 bopd in June 2015. There have only been four months when the average daily production was higher than in October 2017.

Another 27K bopd increase would put the state at a new record for production. With November and December production stats to go before the weather turns really nasty, that level of increase is likely. (Notice how lame that prediction is? A forecast two months out that is a mere 2% increase, when 8 of the 13 months have seen greater than 1.5% increase and 5 months saw a decline.) For perspective, at mid-December the couple of snow falls received so far haven’t outlasted the sunshine.

In my next post I will scratch my head wondering why the production jumped so much in one month.

Here is the monthly production, with a breakout of oil from the Bakken formation (which also includes the Sanish, Three Forks, and Bakken/Three Forks Pools formations): 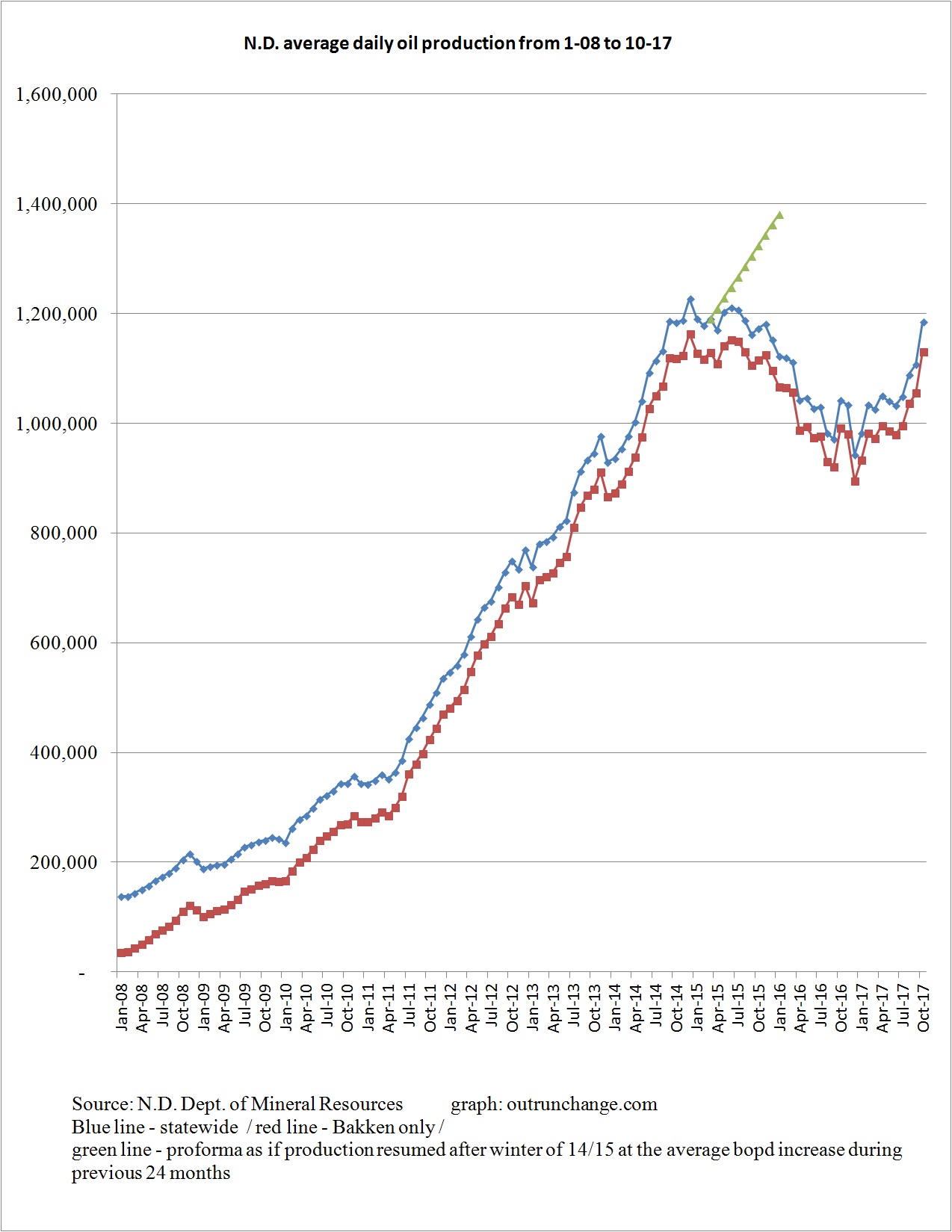 For a longer term perspective, here is the total production in the state since 1990: 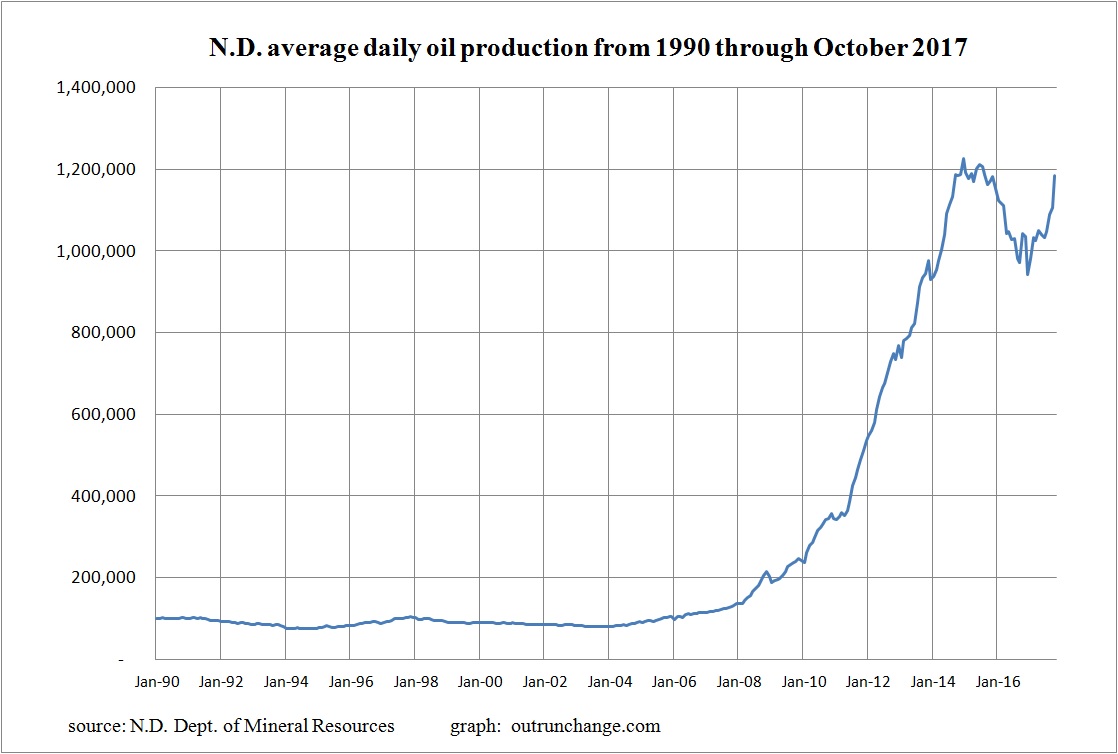 For what my little brain thinks is the main driver behind increased production, look at the price of oil realized by producers in North Dakota, noting the increase over the last year or so and the steady rise over the recent months:

What is the value of oil produced each month? Check out this graph: