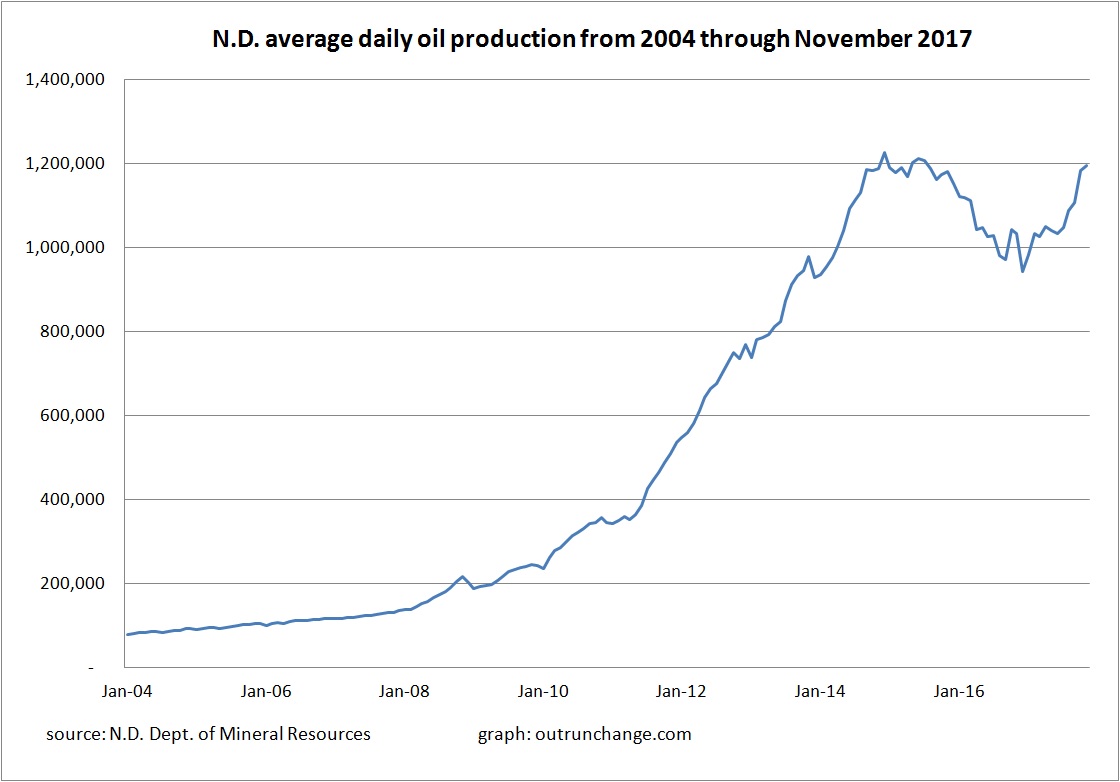 The record high production was 1,227,529 average bopd in December 2014. Production in November 2017 is 32,609 bopd below the high in December 2014. It will only take another 2.7% increase in average production to clear the previous record. I’ll guess that will happen in December 2017 or January 2018, before the winter start to cut into production. (That is not a very bold prediction since Mr. Helms thinks the record production level will easily be surpassed regularly in later 2018.)

Above is a graph of average production in the state since 2004.

Check out the following graph for production from only Bakken formations and total for the state since 2008: 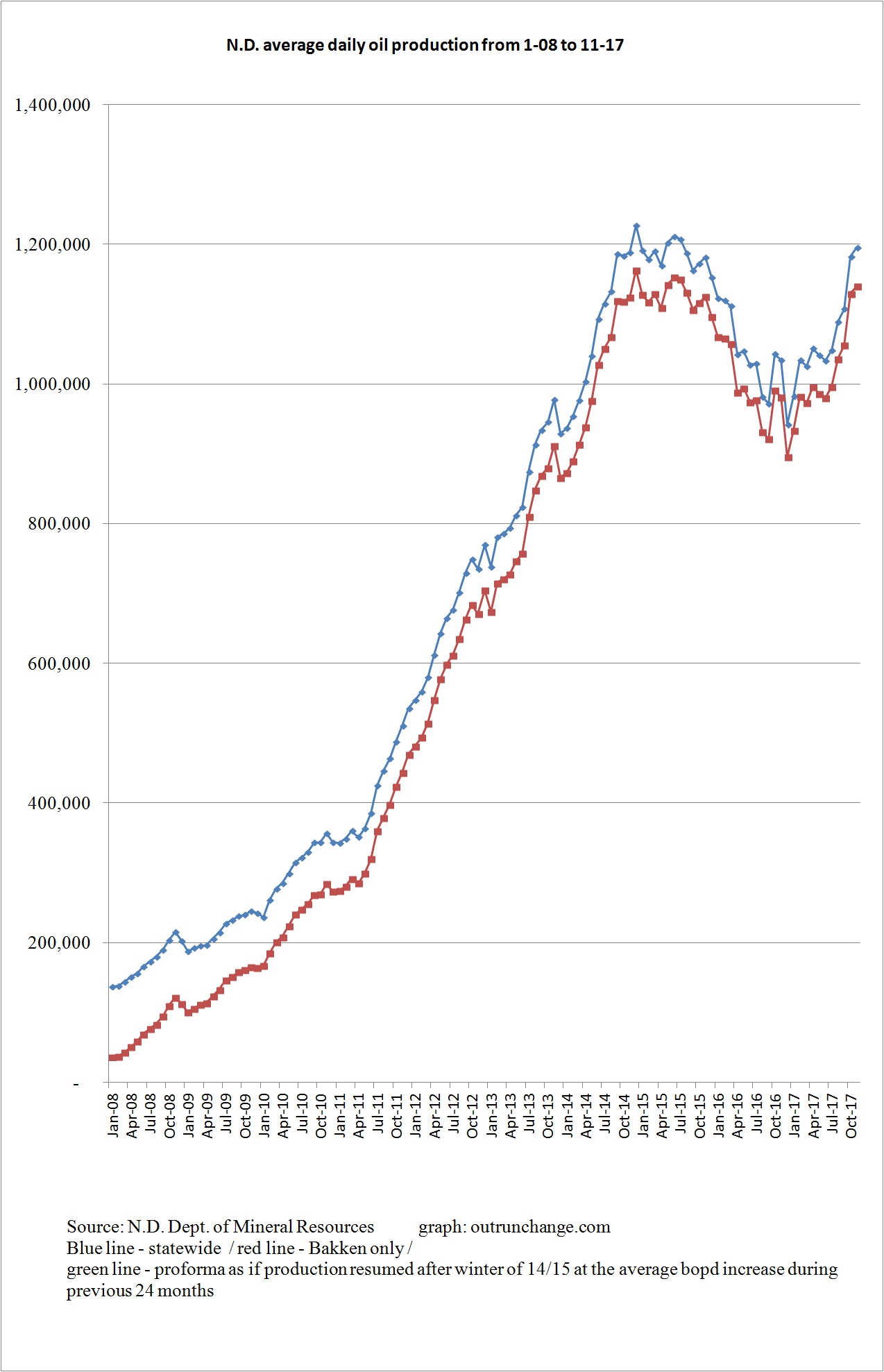 The average price is moving up, which as you would expect, is encouraging drillers to pump out more production. Check out the change in the last year and a half:

4 thoughts on “Oil production in North Dakota increases 1.0% in November 2017; getting close to record output”