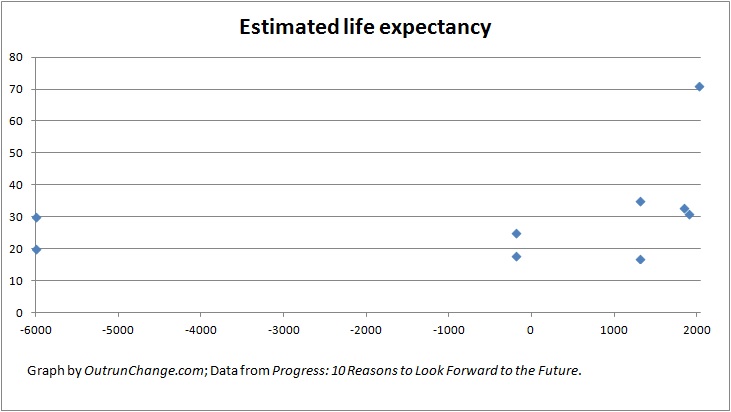 Johan Norberg describes the tremendous progress in the last several hundred years in so many areas: life expectancy, health, sanitation, liberty, education, and equality. He discusses these wonderfully delightful trends in his book Progress: 10 Reasons to Look Forward to the Future. I will highlight merely a few of the many things I found fascinating in the book.

Book provides the following estimates of life expectancy, which I graph above:

I graphed that data, which you can see at the top of this post.