Average production rose 5.2% in September 2018, hitting a new record, then rose another 2.4% in October for another record level. The production in October was just under 1.4 million bopd.

Statewide and Bakken shale production has been trending up sharply.  Last winter’s lull is quite visible. The output curve is starting to take on the rapid growth angle visible back in 2012 and 2013.

For a longer term perspective, check out the average daily production since 1990: 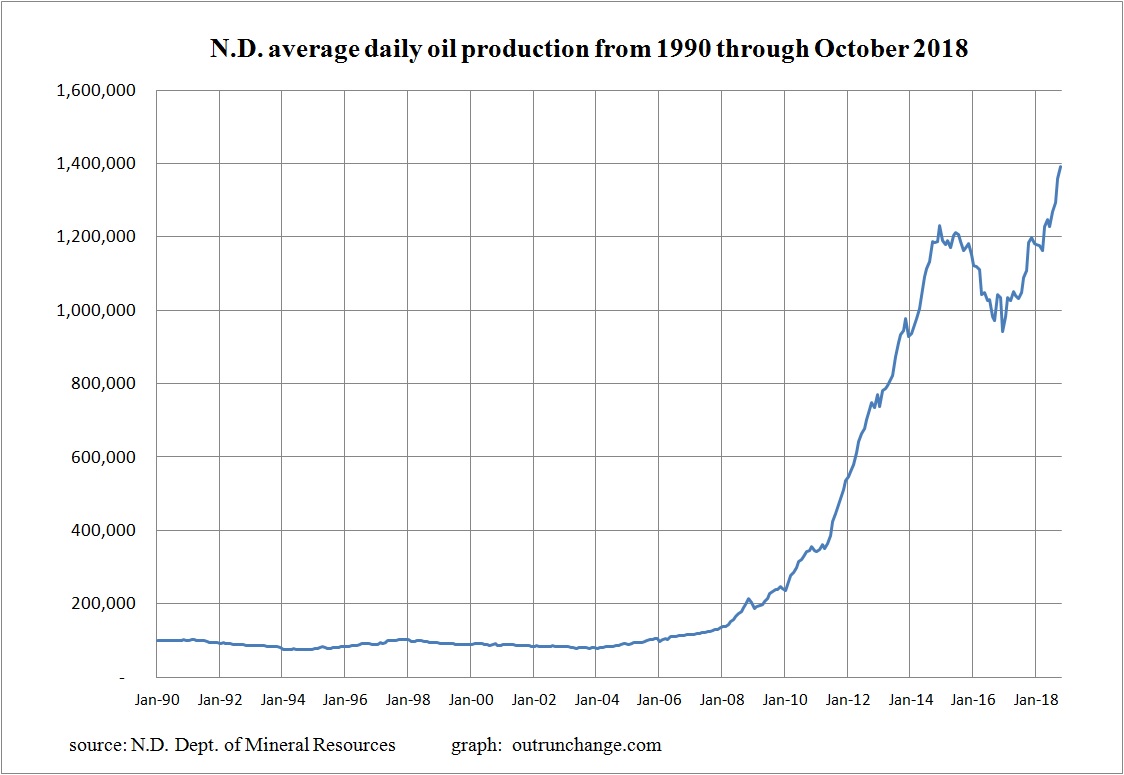 Average production per well has been trending up for 2017 and 2018. Probably due to bringing lots of new wells online.