Preliminary production in January is 339 barrels a day below the revised amount for December. Here is how close January’s output came to the record high in December:

Production data usually changes in the month following initial release. The pattern I’ve noticed is a data for a well or three arrives after the cutoff for the monthly report. So, late reporting for a few wells could push the January 2019 data into record territory.

Before showing a graph of production, wanted to bring in some new data reported by the state regulator. The “Director’s Report” lists the average price for sweet crude in the state and has done so for many years. The report just started listing the average of West Texas Intermediate (WTI) pricing for the month.

There is a discount from the price realized in North Dakota compared to WTI because of the cost of transport. That spread, so I understand, has fallen since the DAPL was completed. Here is a revised graph of average price in ND to include an average of WTI:

Of particular note is there was some sort of disruption in the transmission system which drop the price in North Dakota through the floor in December. I haven’t had the time to figure out what happened.  The price has recovered, although there is a higher spread from WTI than usual in February. 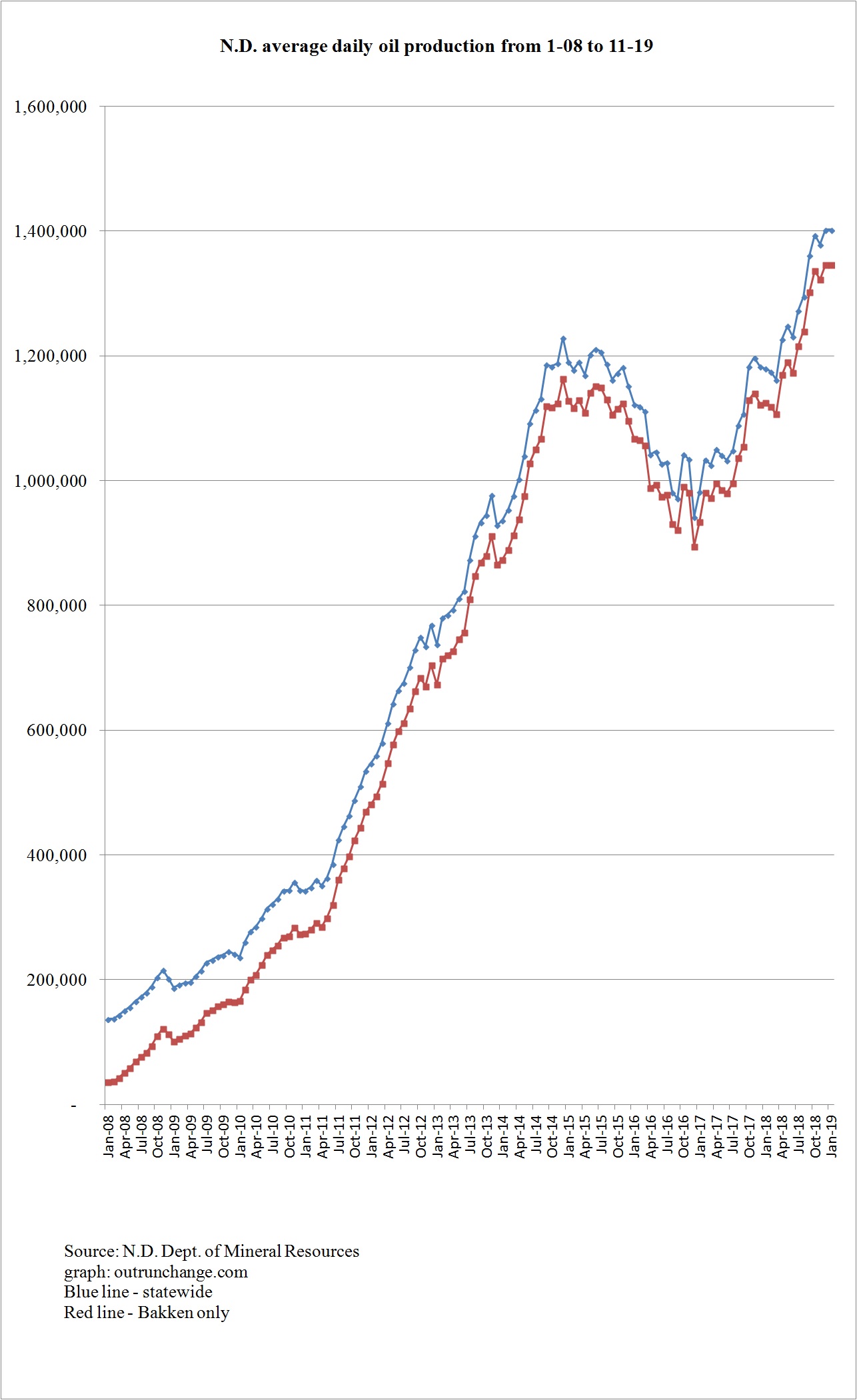