Since production bottomed out at an average of 942,322 bopd in December 2016, production has been climbing.

Production in June 2018 and every month since then has been above the December 2014 level. Even with winter weather, production has been in the neighborhood of the 1.4M bopd level for the last eight months, apart from small drop in February.

Graph of average production in the state and Bakken formation since 2008: 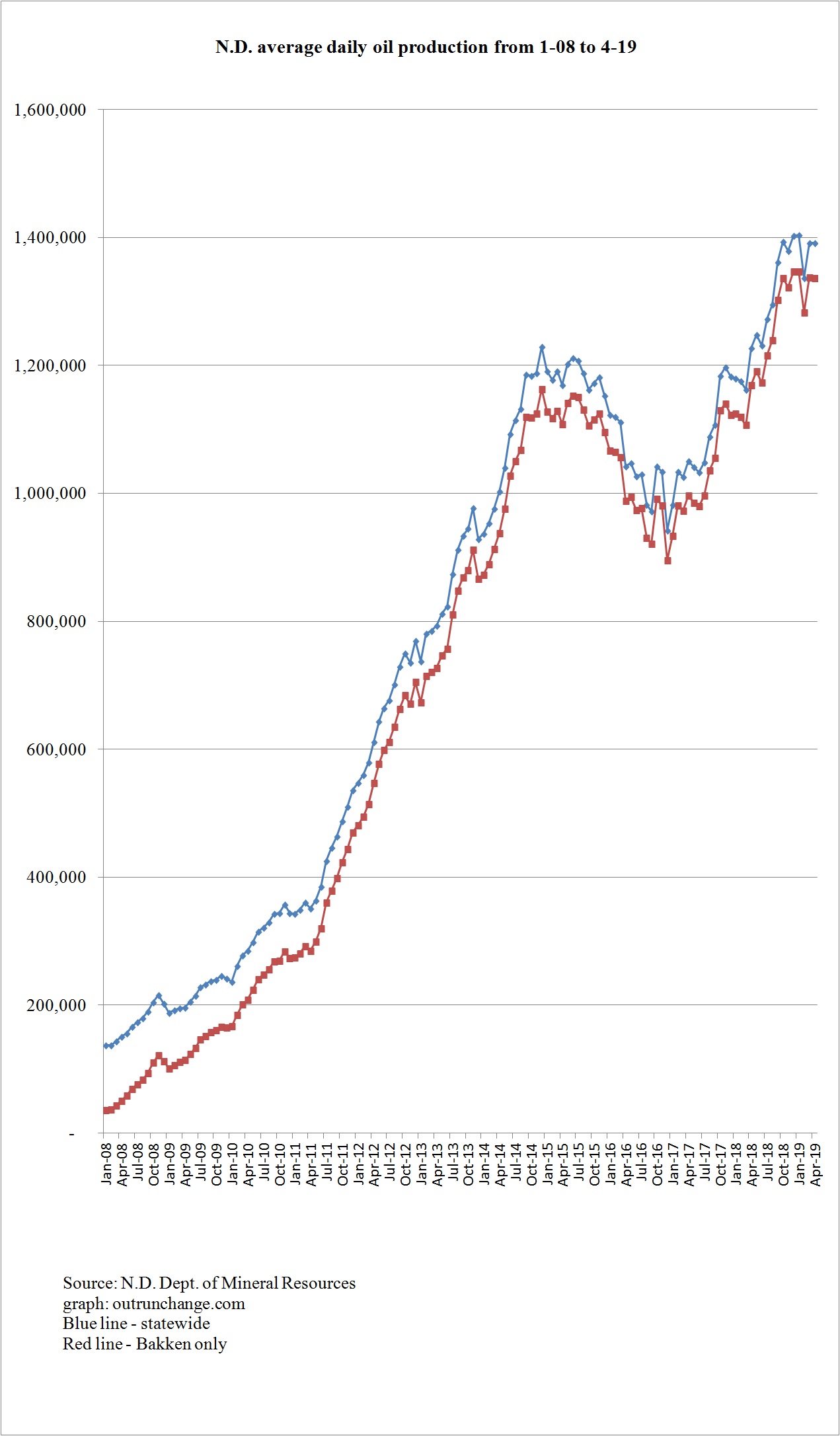 Oil prices have dropped in June.

Director of Mineral Resources Lynn Helms has pointed out the drop in prices may lead to drop in drilling activity.

For longer term perspective, check out the average daily production since 1990:

Notice that extremely long horizontal line in the ’90s? I could extend that back another couple of decades.

Since drilling started back in the 1950s, the petroleum wizards had no clue how to get massive amounts of oil out of the ground in the state. Human ingenuity developed horizontal drilling and hydraulic fracturing. As a result, production has skyrocketed from around 100,000 bopd to around 1,400,000 bopd.

Oh, and there are far more wells still to be drilled than have yet been completed, by a factor of three or four.

Similar story in the Permian and Eagle Ford basins.

So I have to ask…