Crude oil production hit yet another record level in October at 1,517,796 barrels of oil per day (BOPD) (preliminary). September was not a record at 1,443,980 BOPD (revised). September was only the third highest production.

What does the average daily production trend look like? Check it out: 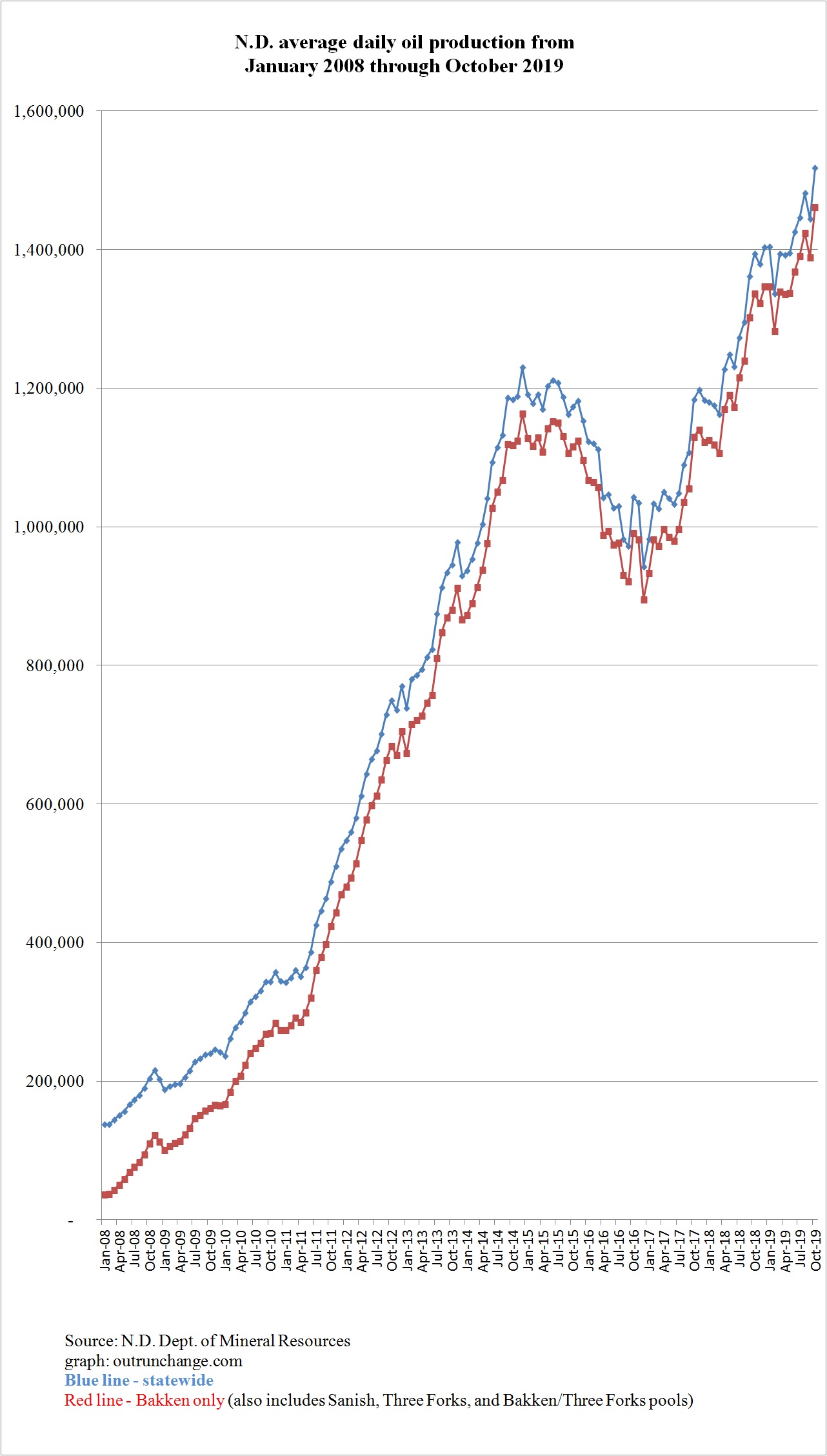 If you happen to like having gasoline available at whatever gas station where you wish to fill up on whatever day you wish to do so, that is very good news.

How about the average price for North Dakota sweet crude and West Texas Intermediate? Here is the trend.

Combining the monthly production with the average North Dakota sweet crude price shows an estimate of the value of production in the state: 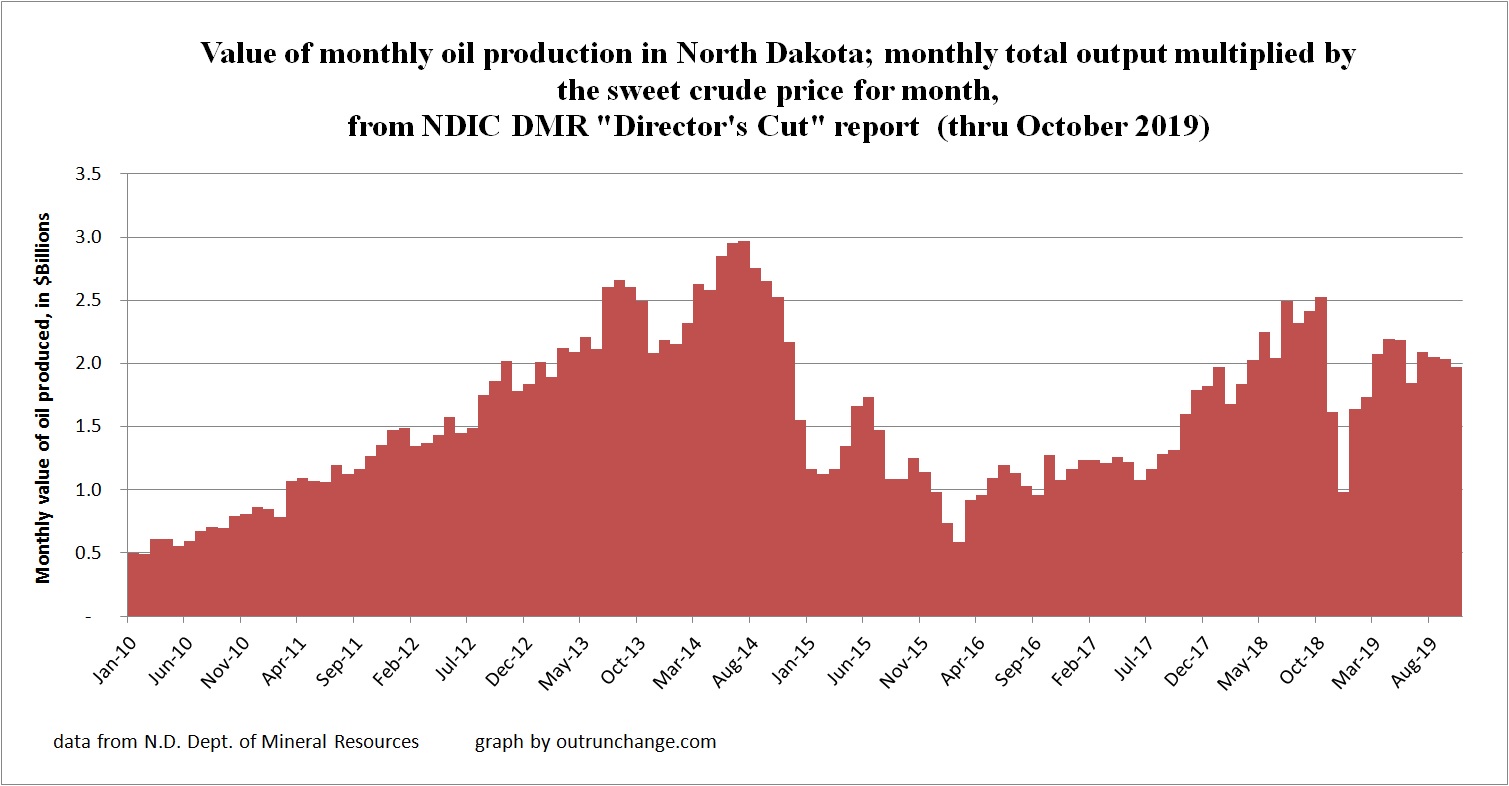 For a longer term trend, here is the average daily production since 1990: 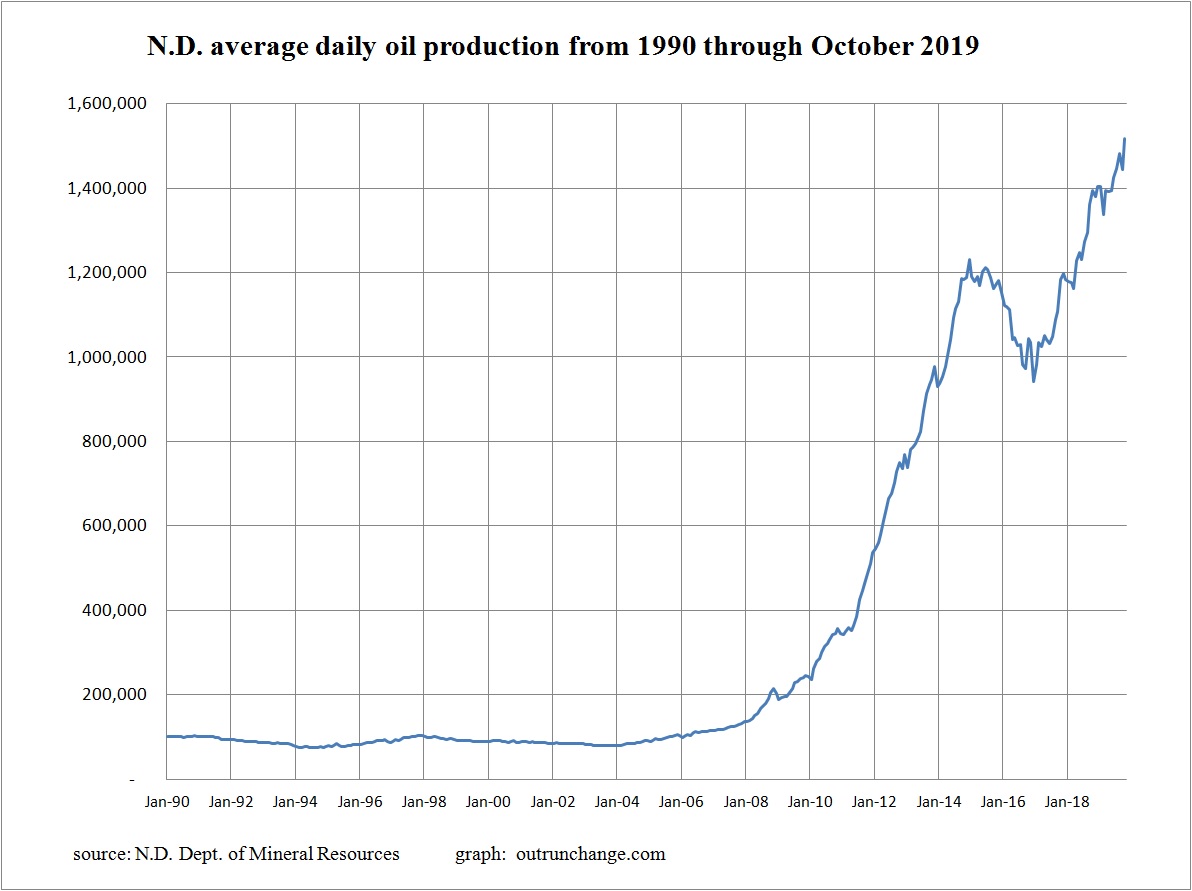