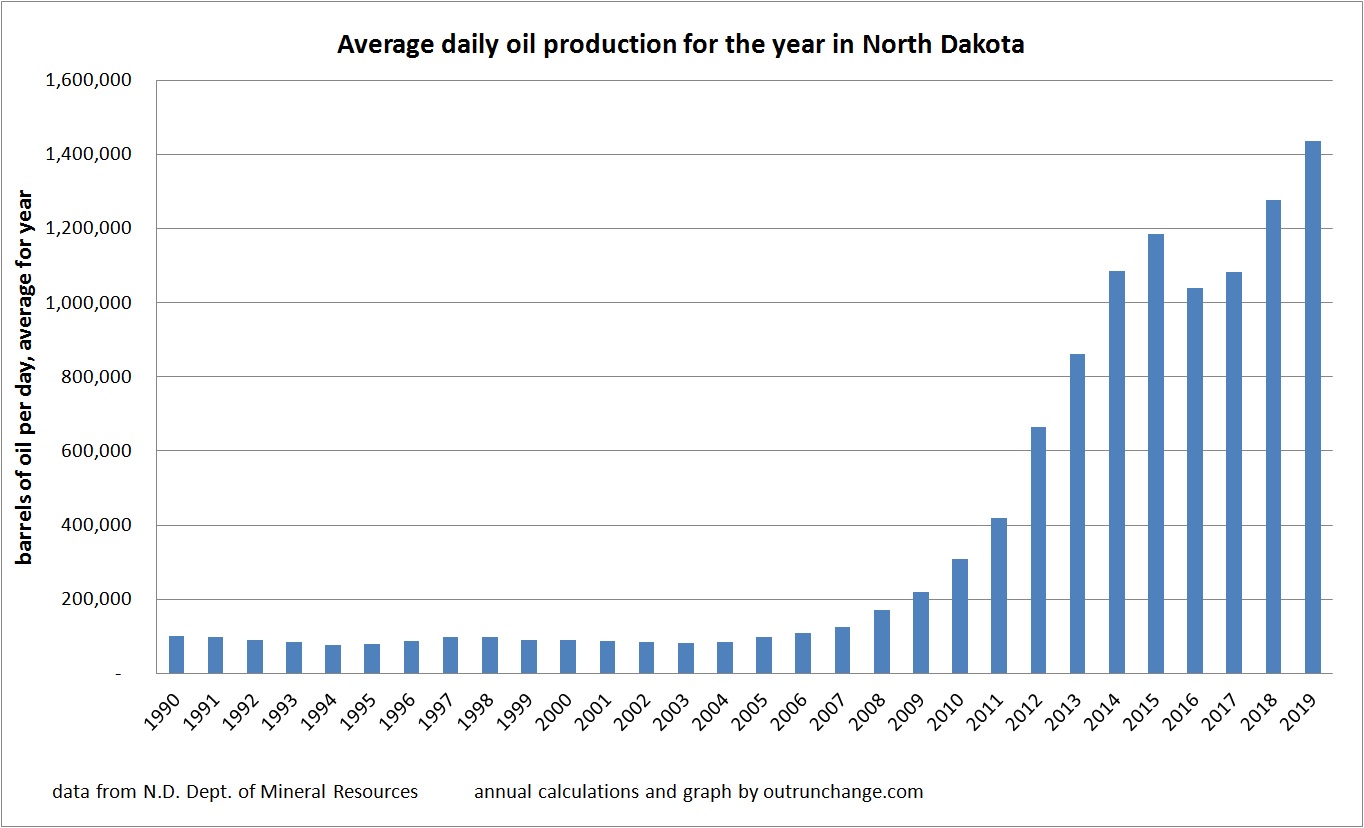 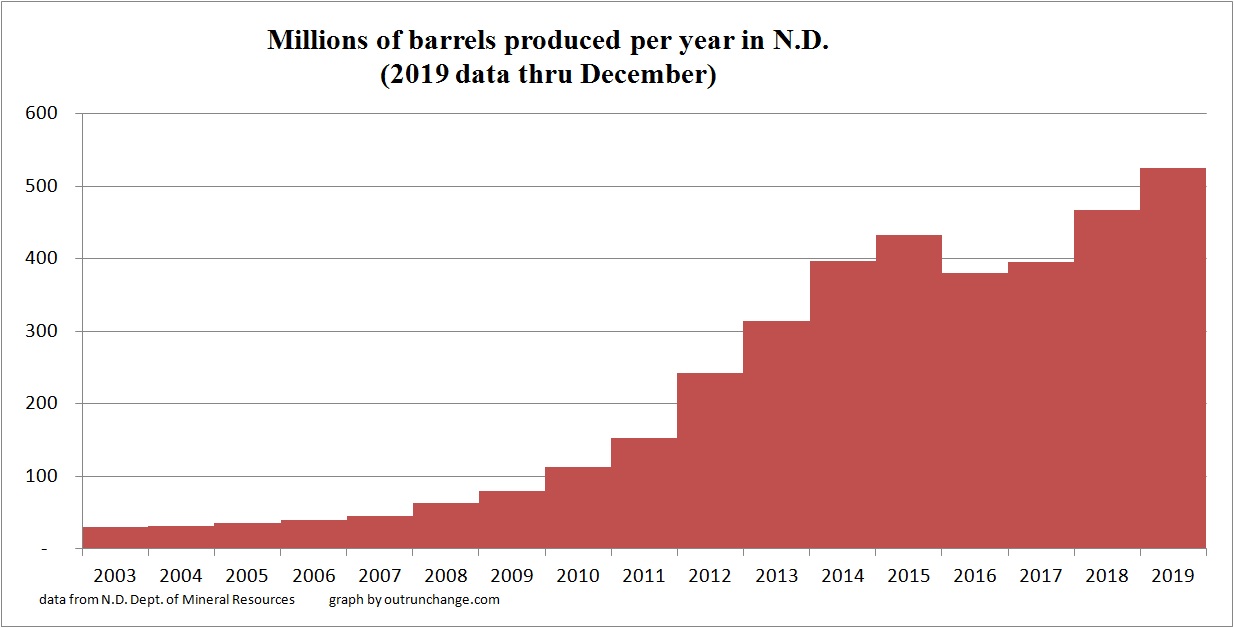 What is the value of the monthly production?

Aggregating that by year shows constant increase through 2014 with a sharp drop off in 2015.  Since 2016, value of oil has increased with surprisingly stable total value in 2019 compared to 2018. 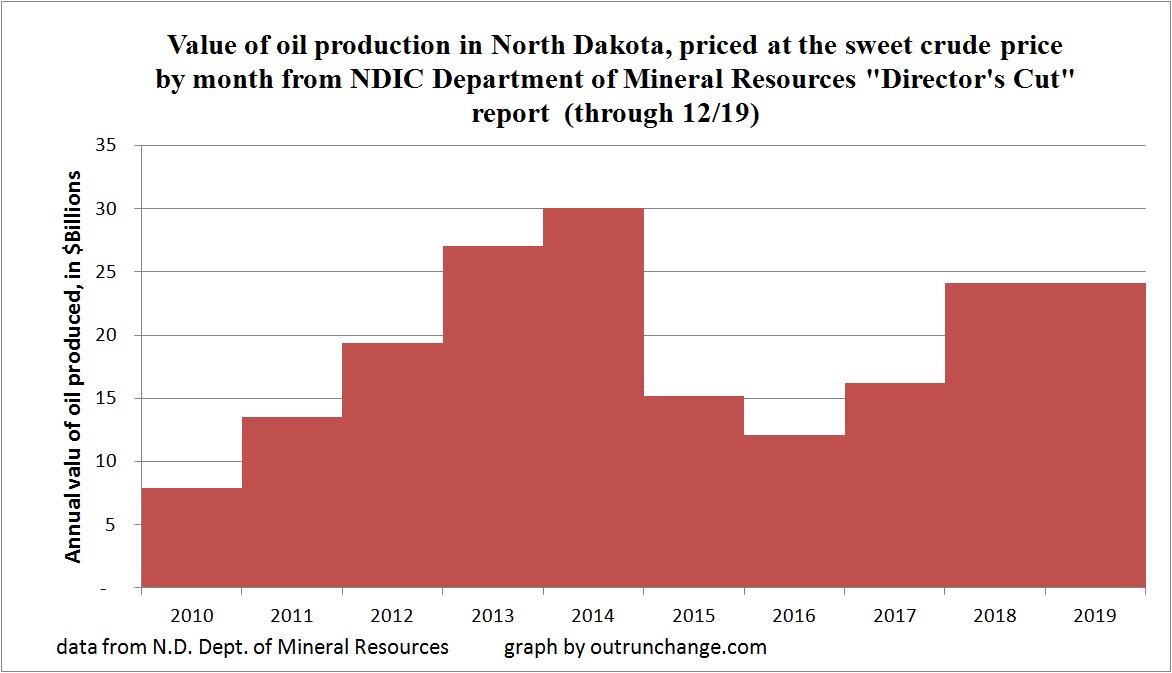