B-17G Starduster, #44-6393, is on static display at the March Field Air Museum. For your viewing pleasure here are photos of the magnificent plane as it appeared in June 2020.

This is my tiny tribute to all those who fought to end actual fascism 80 years ago, especially the hundreds of thousands who never came home.

The B-17 was one of the greatest bombers flown during WWII. Flying daring daylight raids into Germany, the B-17s achieved extreme accuracy. B-17s were known to absorb heavy damage and remain aloft. They have flown missing huge sections of their fuselage, or fly on three, two and even one engine. Built by Douglas 6393 was delivered in July 1944 to the 15th AF, 97th BG in Italy. In late 1944 it became the staff aircraft for Gen. Ira Eaker while he was commander of the M.A.A.F.  After the war it was assigned to various units and declared surplus in 1955. In 1956 it was transferred to the Bolivian Air Force where it was used as a cargo plane. It was completely stripped inside and modified to be flown from the right seat. After 25 years, 6393 was the last flying B-17 in Bolivia and was returned to the US in Jan 1981. 6393 flew to March AFB with over 13,000 flight hours. In 1997 her restoration began with donations from the 97th BG.

This aircraft is on loan from the US Air Force Museum.

Back in March 2016, Starduster had a different coat of paint. It also had bombardier equipment visible in the nose section. Photos from a walk around of the aircraft four years ago: 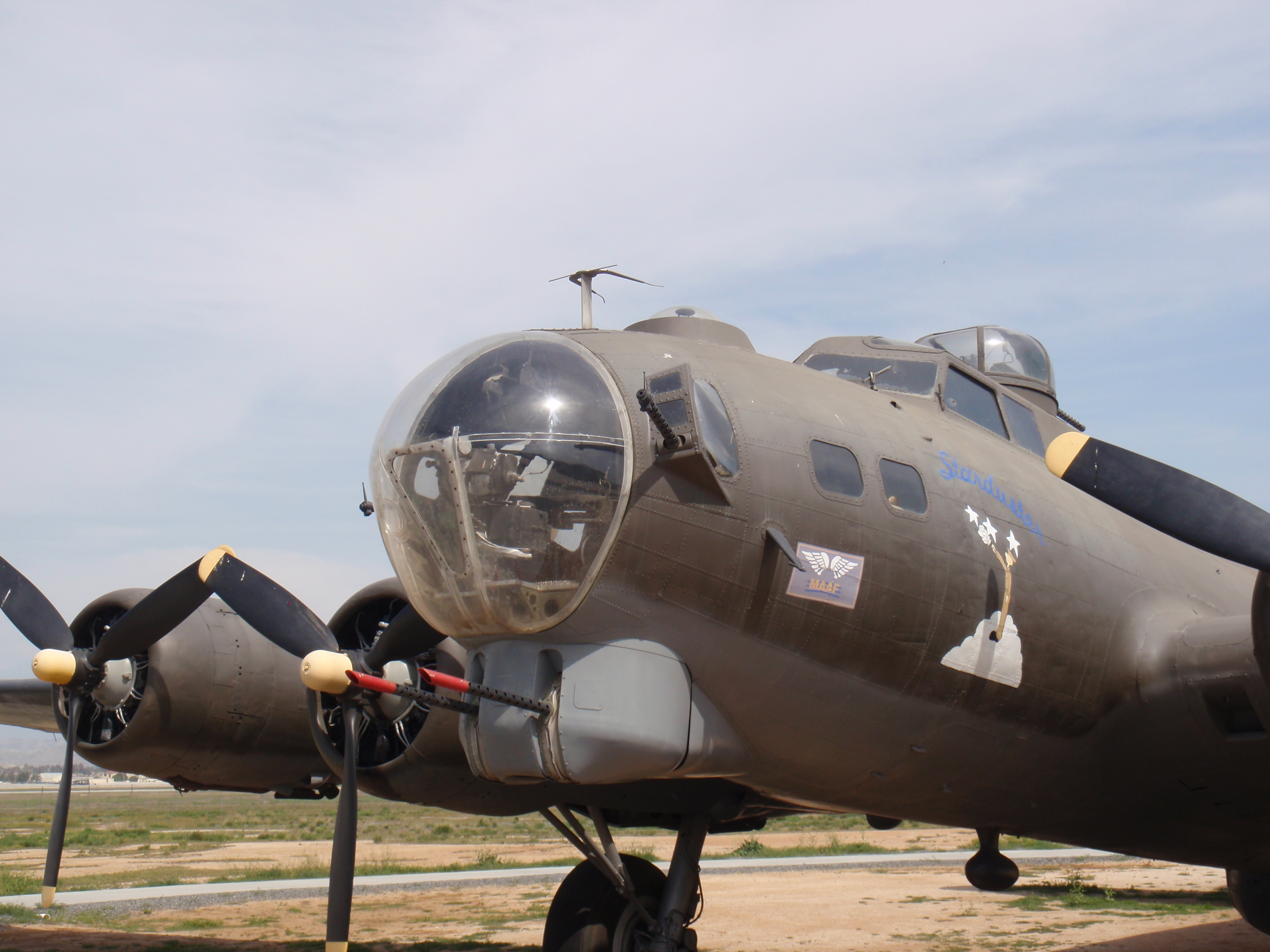 One last photo, in current presentation: