Previous post mentioned the volume of production in North Dakota is starting to recover. It is still down dramatically from the last few years. Production past the 1.04M bopd level back in April 2017 and has been above that level until the pandemic hit and Saudi Arabia started flooding the market.

Two graphs showing the production levels can be seen on the previous post.

The price of oil has recovered from the lows during the shock back in April and May. Check out the price of West Texas Intermediate, North Dakota sweet crude, and estimated prices realized in the state:

For a closer look, check out the prices in the last year and a half: 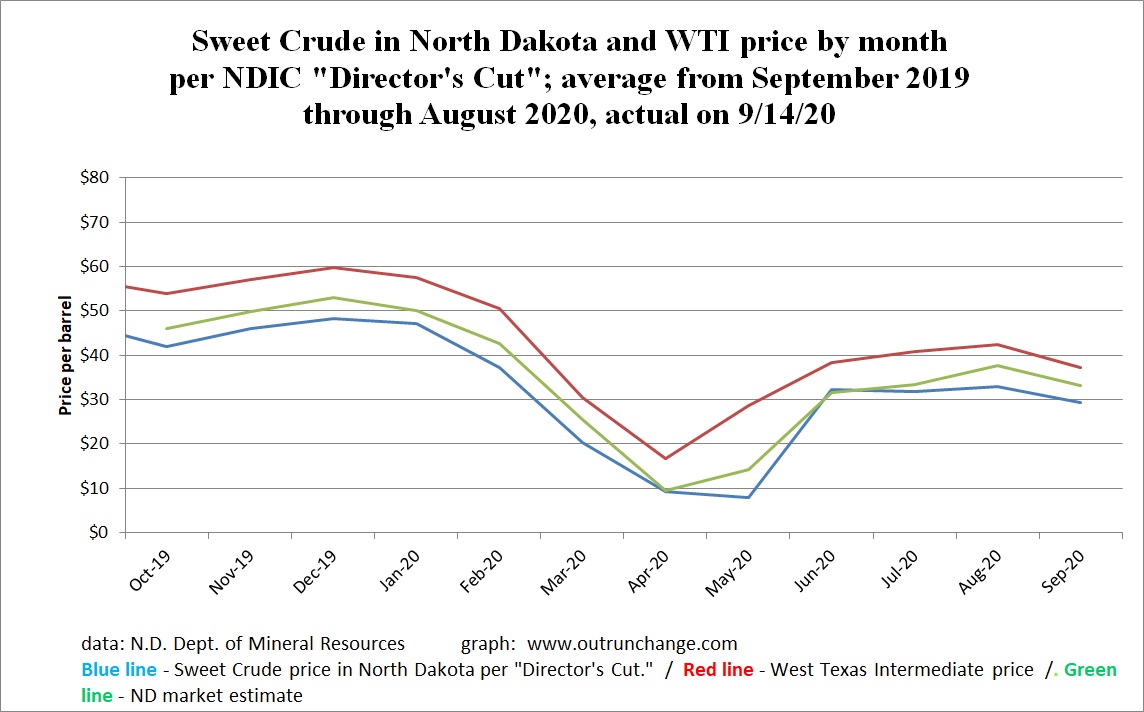