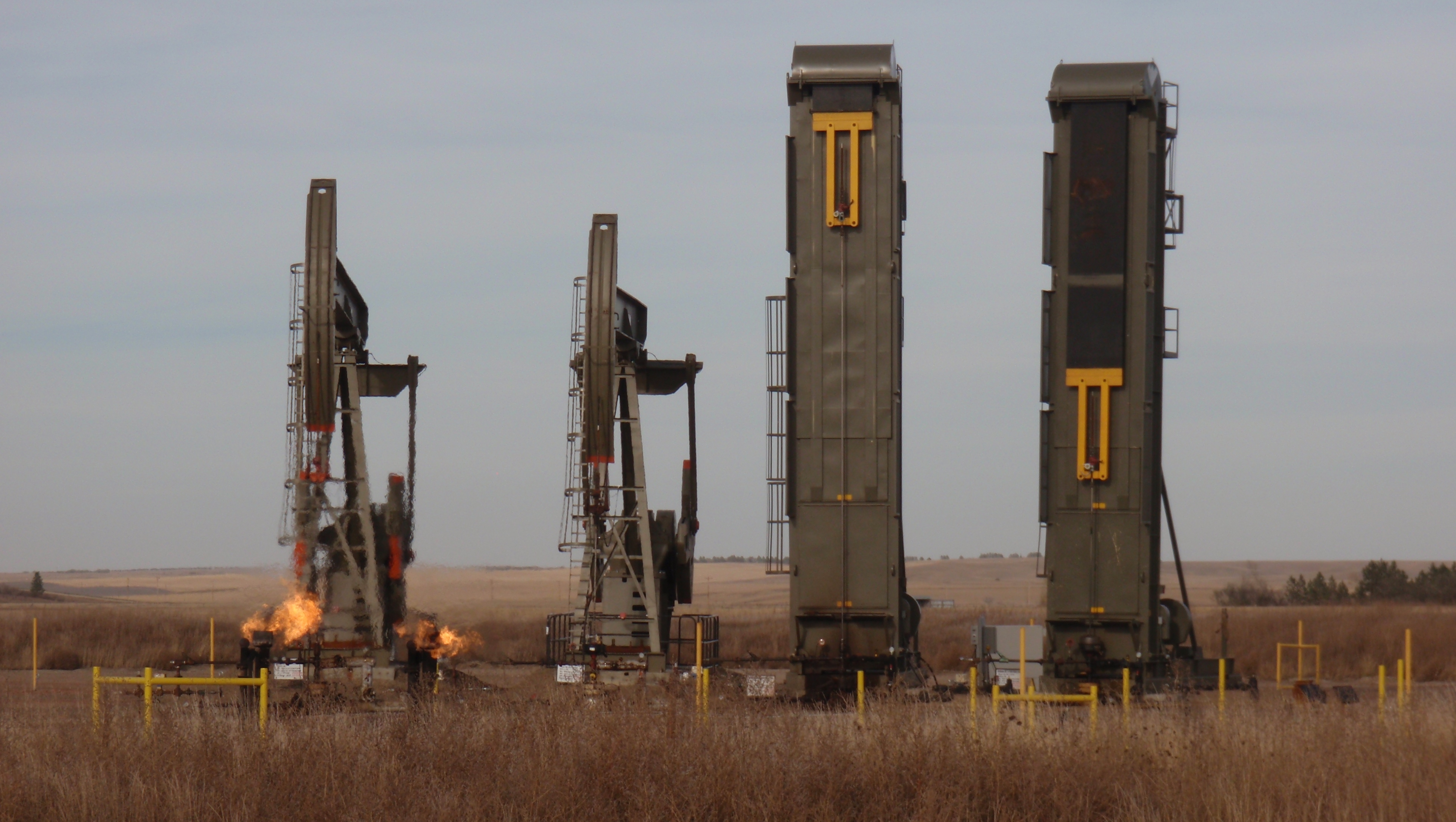 (Photo by James Ulvog; 4 teeny tiny slivers of explanation for why gas prices are going down.)

This is first of several posts on the drop in oil prices. What will that do to U.S. production? Amount of new drilling?

Oil prices are down, running around $91 for Brent crude and $87 for West Texas Intermediate. Prices have been on a slide for a number of months. If prices keep dropping, at some point a few shale wells will be uneconomical to drill. If prices drop more, then more wells will be stopped.

Actually, it is a feature of capitalism. It’s a very, very good feature.

As prices rise, more stuff is produced. As prices drop, less is available.

The producers most likely to be hurt by falling oil prices are the governments of Venezuela, Russia, and Iran, because their cost of production is so high. Prof Ridley says studies have calculated that every $10 drop in crude transfers 0.5% of world GDP from producers to importers. That’s a huge amount of money that stays in consumers pockets (especially the West) and out of the pockets of the Saudi government plus those mentioned above. That is a fantastic deal, by the way.

Oh, by the way it is petroprenuers in the U.S.A. who get much of the credit for falling prices of gas, plastics, and other things that require energy for production (which is essentially everything we consume).

The falling oil price is largely the Americans’ fault. By reinventing the extraction process for first gas, then oil, with horizontal drilling and hydraulic fracturing, engineers have almost doubled the country’s output of oil in six years.

Keep in mind that free markets do an amazing job of solving problems:

An oilman in North Dakota told the professor that at $55 a barrel, his rate of return is only 10%. In contrast, the 3% of the world’s oil that requires an $80 price to be profitable at all is concentrated in China, Indonesia, Nigeria, Malaysia, and Russia.

10/22 – The Feed – Fracking Innovation Defying Oil Price Dangers – Cost to drill a fracked well is dropping. Article cites a Financial Times article that quotes Accenture as estimating cost to drill a shale well in the U.S. could drop by 40% in the next year. Improved logistics, planning, and coordination with supplies could drive costs down. New technology is spreading and more is coming on-line.

It also means that U.S. companies are extending their technological lead in the field. As they discover faster, cheaper ways to extract oil, they’ll be developing techniques and tools that the rest of the world will need, badly.