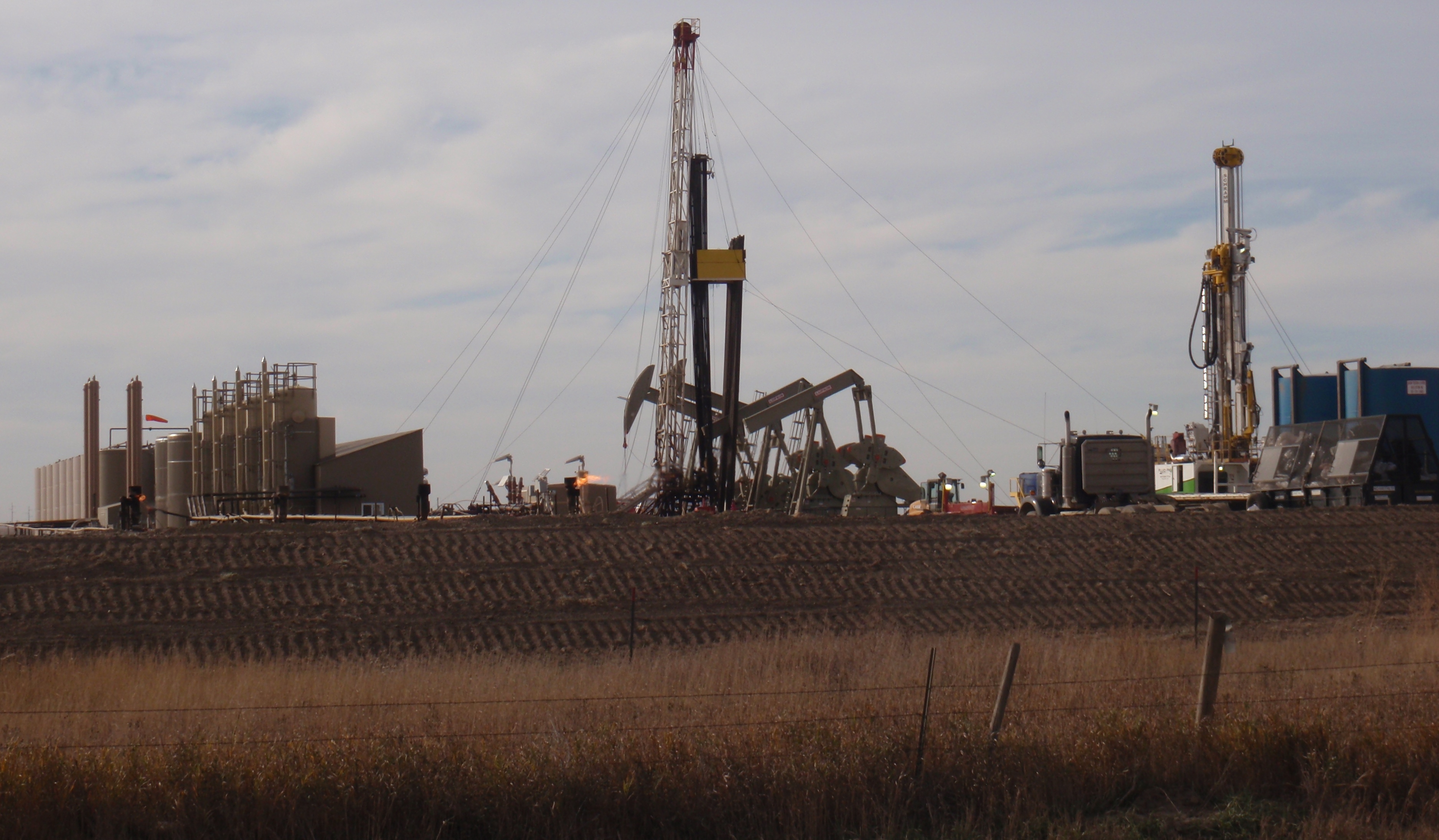 (Photo by James Ulvog – 2 pump jacks in operation, 2 more being assembled, 1 workover rig, 1 drilling rig – That site will hold an investment of around $54M or $60M when finished and will produce somewhere between 3 million and 6 million barrels of oil during its useful life.)

On 9/23, I described the prediction from Bentek: Another short term production prediction for Bakken. Time to see how that turned out.

Their prediction was 1.2M bopd from Bakken alone.

As mentioned in the above article, this is the second month in a row that Bentek made a near term prediction of 1.2M bopd.