The Director’s Cut report from the NDIC Department of Mineral Resources, Oil and Gas Division has lots of good info every month.  I’ve been reading that for quite some time.

One piece of information included is the average sweet crude price. That is a usable benchmark for oil production. My understanding is there may be a discount for Bakken oil to allow for transport. The number in the reports are a reference point.

I accumulated the price mentioned in the reports going back to January 2010, which is the oldest report available online.

Here’s what I found: 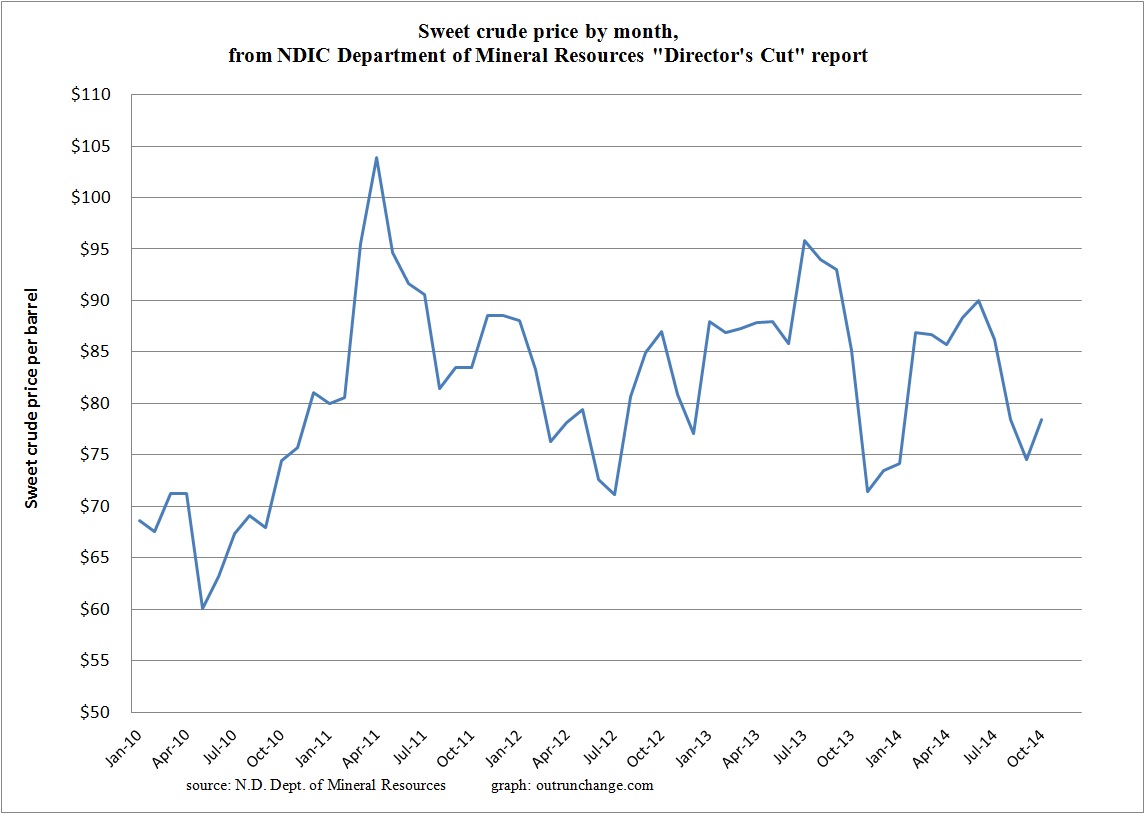 The prices we are seeing today are just a few dollars from ending all shale oil production in the U.S. (at least that’s the bet of Saudi Arabia and the attitude of several articles I’ve read lately).

Yet look at that price compared to the last four years. The prices today are well above all of 2010. Remember those were the prices in place when the boom was getting roaring.

There were dips in summer of 2012 and the end of 2013. Yet I don’t recall discussion then of what portion of drilling rigs were going to shut down.

Since 2010 and 2012, drilling costs have dropped and the productivity has increased. Seems to me that would make drilling more profitable than it was when the sweet crude prices were in the $60s and even the low $70s.

Don’t really know what to make of that other than it will take a lot more drop in prices to stop the massive boom.