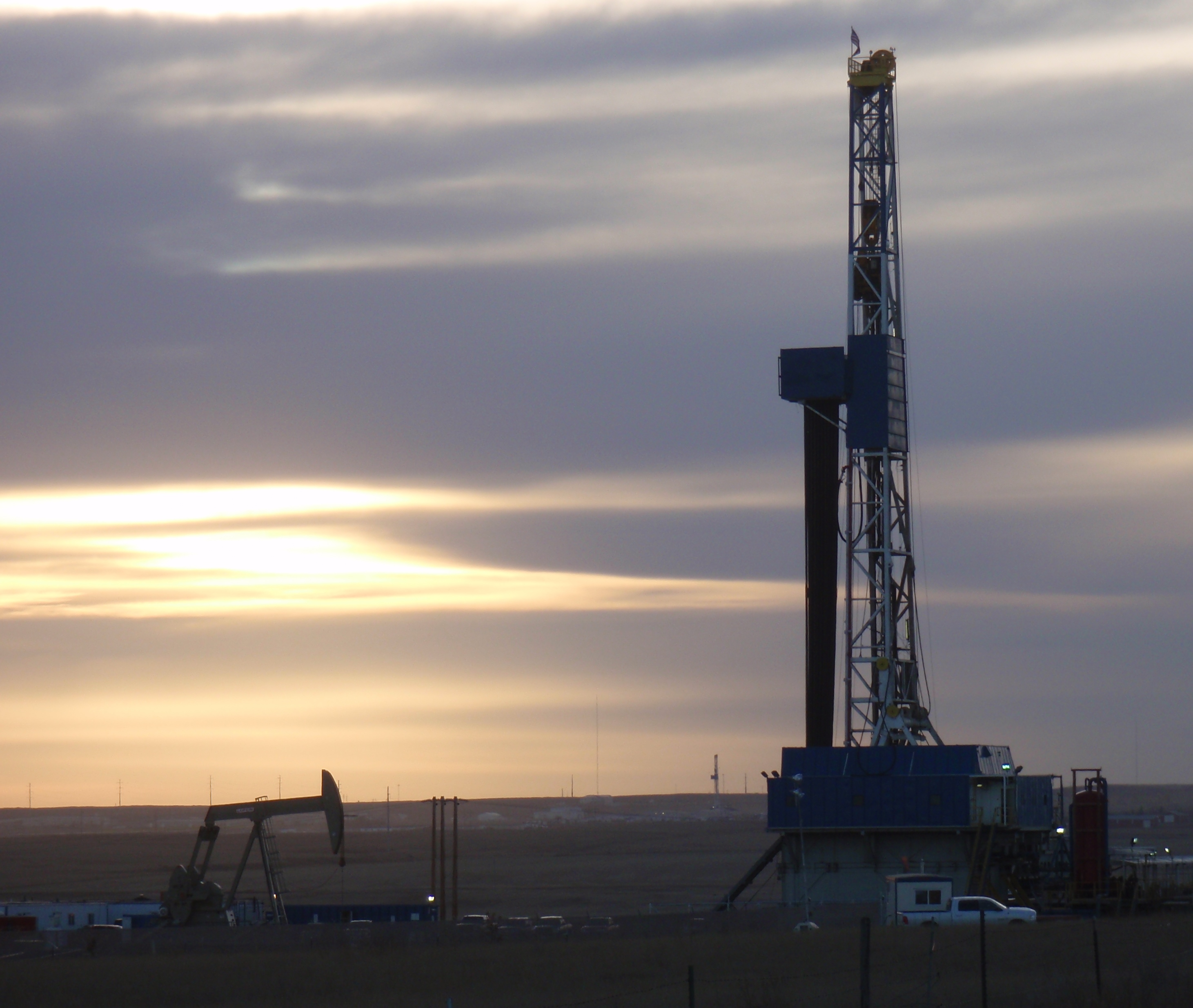 (Photo by James Ulvog. A view of what OPEC is trying to shut down. One drilling rig and one pump in foreground. One drilling rig in distant background. About half a dozen working pumpjacks are on the very short road to this site.)

The top oil regulator in North Dakota, Lynn Helms, spoke to media after releasing the monthly production data for November.

Multiple media sources covered the presentation. These comments from the Dickinson Press – Helms: Oil production could decline by third quarter.

He indicated drillers have pulled back to the four key counties of the Bakken region because the returns there are rich enough for drilling to remain profitable. Only 10 of current count of 158 rigs are outside those counties.

He expects prices to recover by the end of 2015, although the article doesn’t say what the ‘recover’ amount might be.

When oil prices drop to certain levels, there are automatic ‘triggers’ that kick in, cutting back the tax on oil produced. This article has the best explanation I’ve seen.

The count of wells waiting for completion jumped from 650 to 775. That tally has been varying from mid 400s to mid 600s over the last two years.

Waiting completion means the fracking still needs to be done. That is a huge portion of the cost of drilling.

Why the jump? I see several reasons:

Observation:  I’m starting to chuckle as I look at the above info. It will take until third quarter for production to actually drop off. Current guess for world oversupply is excess of 2 million bopd. The dramatic curtailment in North Dakota will result in level production for another 6 or 9 months.

When prices bounce back (as they will), there will be a surge of new production.  Triggers, if pulled, will lower the cost of production, thus lowering the breakeven for new wells or all wells (depending on which trigger gets pulled).

Methinks there is far more resiliency in the Bakken field than the OPEC members anticipated. Hope their finance ministers enjoy draining their currency reserves.