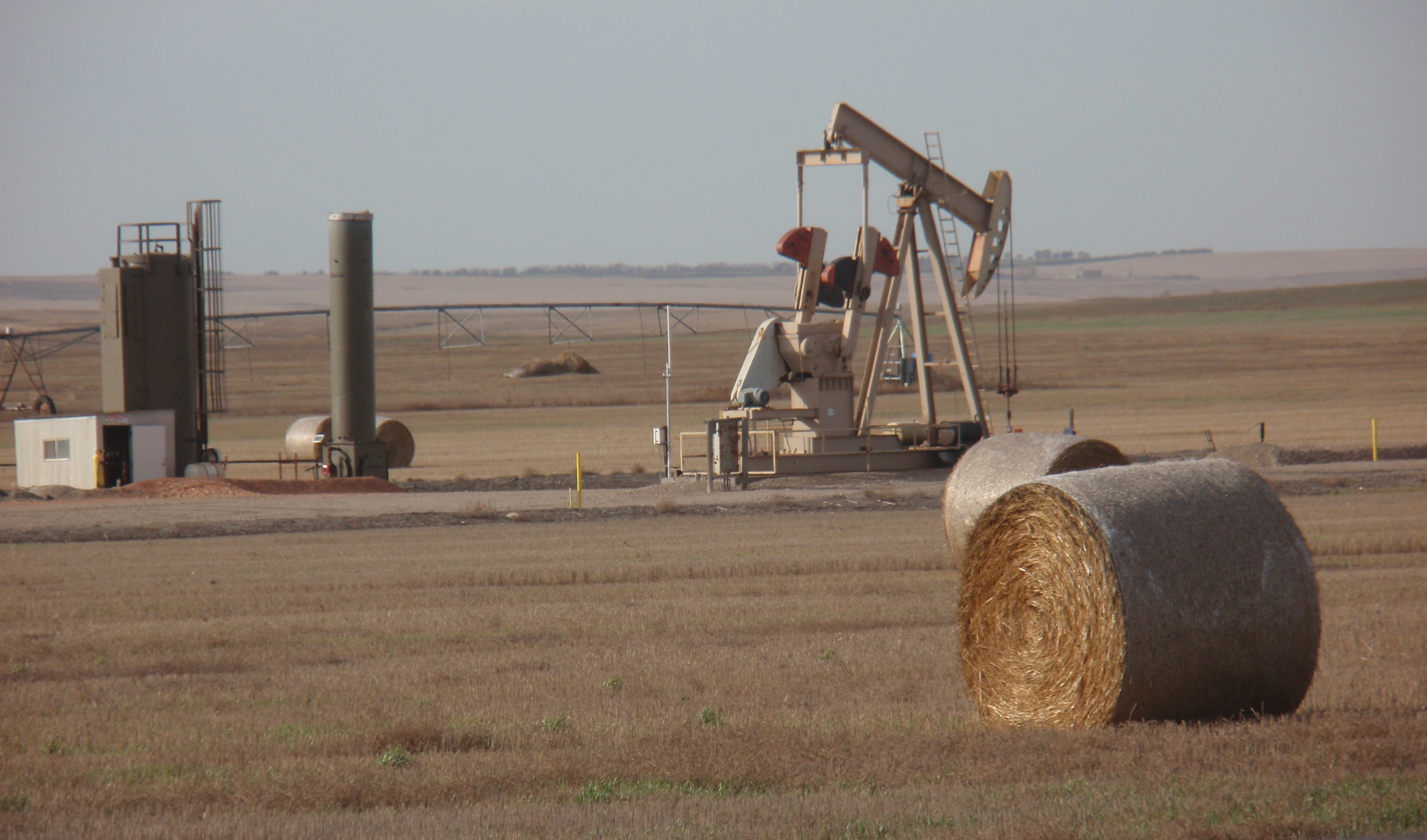 (Photo by James Ulvog. Notice the miles and miles of farm land in the background with one or perhaps two wells in sight)

Crude oil production in North Dakota edged up a smidgen (0.31%) in November to an average 1,187,206 bopd from a revised 1,183,515 in October. The data for September and October was revised for one more well being reported. The October production was down a smidgen (-0.24%).

The November ’14 production is barely a record compared to the previous revised high in September ’14 of 1,186,305.

Here is my graph of production by month: 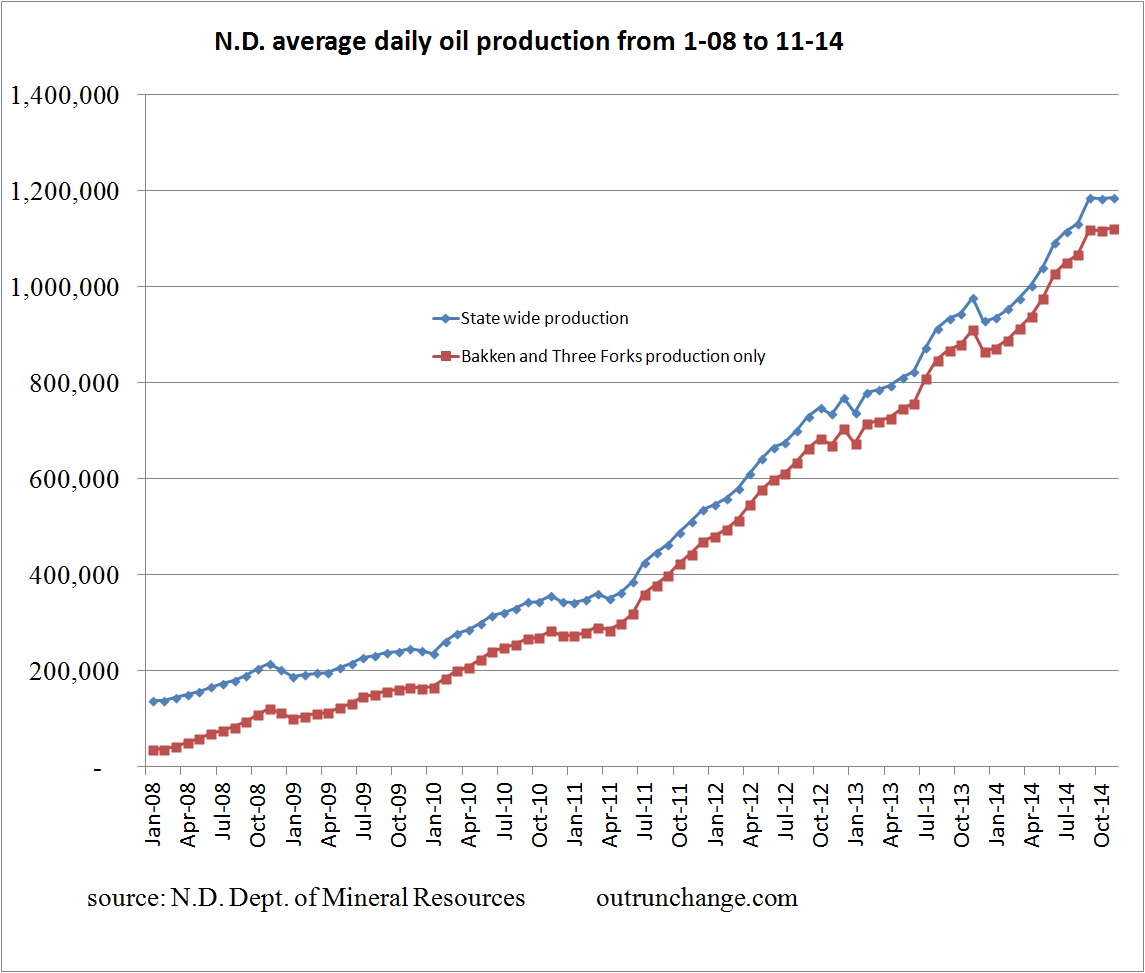 (Will someone please, please, claim that flat top is proof positive that Peak Oil doctrine is true? And that production will now start an irreversible decline to near zero? Please?)

I have accumulated the average sweet crude price listed in the “Director’s Report”. This would be an average monthly price through December with an actual the day the report was published. 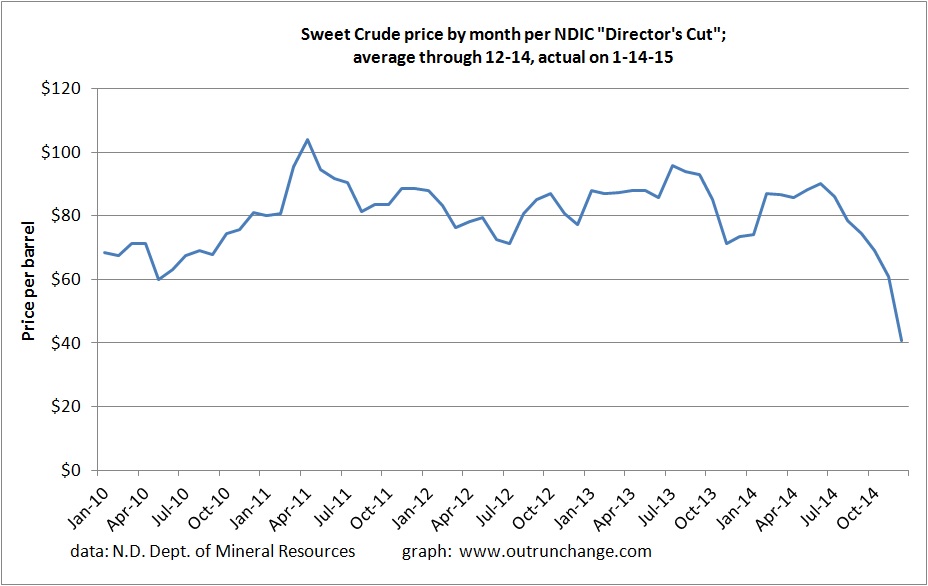 If you multiply the listed average sweet crude price by the total production for each month, the estimated value of oil produced can be seen here: 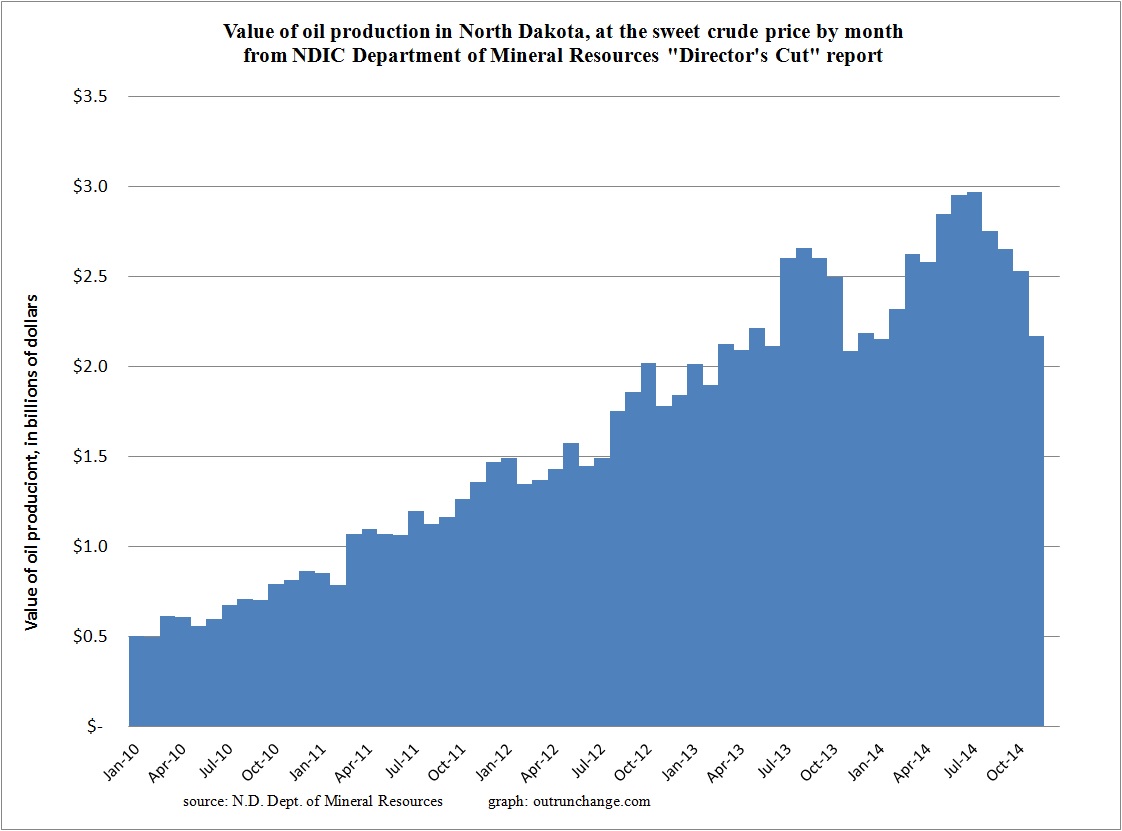 Keep in mind that a decade ago, 95% of that production was worthless. The knowledge did not exist on how to get oil out of a layer of solid rock only 80′ or 100′ thick which was located two miles beneath the surface. Thus, all that Bakken and Three Forks oil had zero value. Today there are billions of dollars of value being created every month.