Dollar value of the crude oil produced in North Dakota each month is down from about $3B last summer to about $1.2B in January. That is a drop of about 61%.

I have accumulated the average monthly sweet crude price mentioned in the monthly Directors Cut and combined that with the total production for the month.

Here is what I calculated for the monthly value of production. 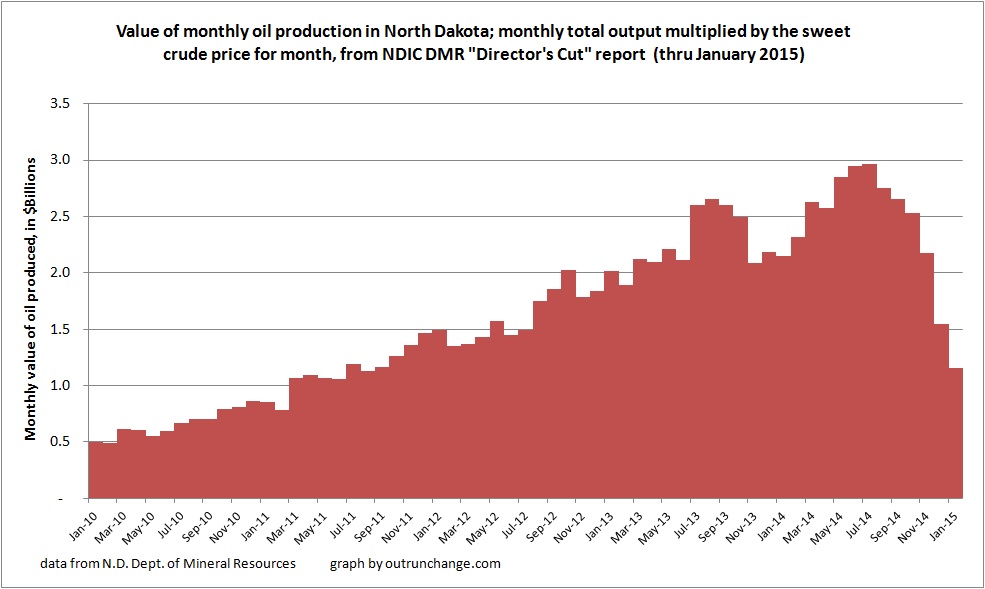 That is based on the monthly production in the previous post, combined with the average price shown here: 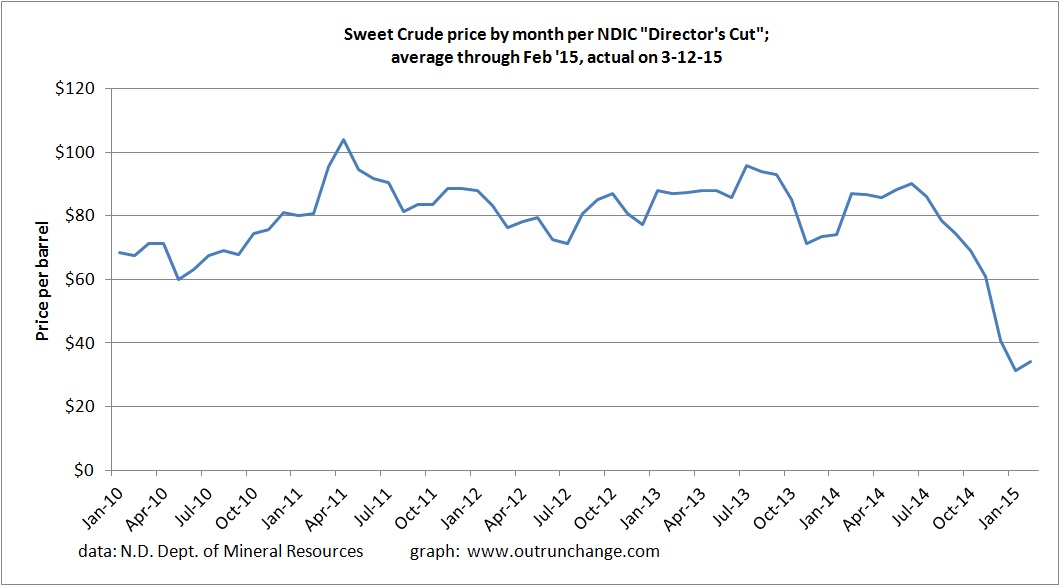 The dramatic drop in the value of production is predominately due to the drop in price.

Keep in mind the barrels of production has been going up steadily with only a small (3%) drop in January. The price has collapsed in North Dakota.

Remember those billions of dollars of value appearing every month are from oil that was untouchable a decade ago. Very cool.

As you look at that graph of dollar value above, think what a comparable graph might look like for members of OPEC.  Who in order to meet their spending budgets need $100 oil. Or higher.