Multiple comments I’ve seen by Million Dollar Way and others, including Mr. Lynn Helms, indicate that drillers in North Dakota are holding off on completing their wells.

This is for two reasons. First, to conserve cash since completion is a huge portion of the total cost. Second, to wait for a price recovery before opening up the surge in production in the first year and especially first few months of a new well’s life.

Here are some graphs that help me understand what is going on.

Here is the rig count: 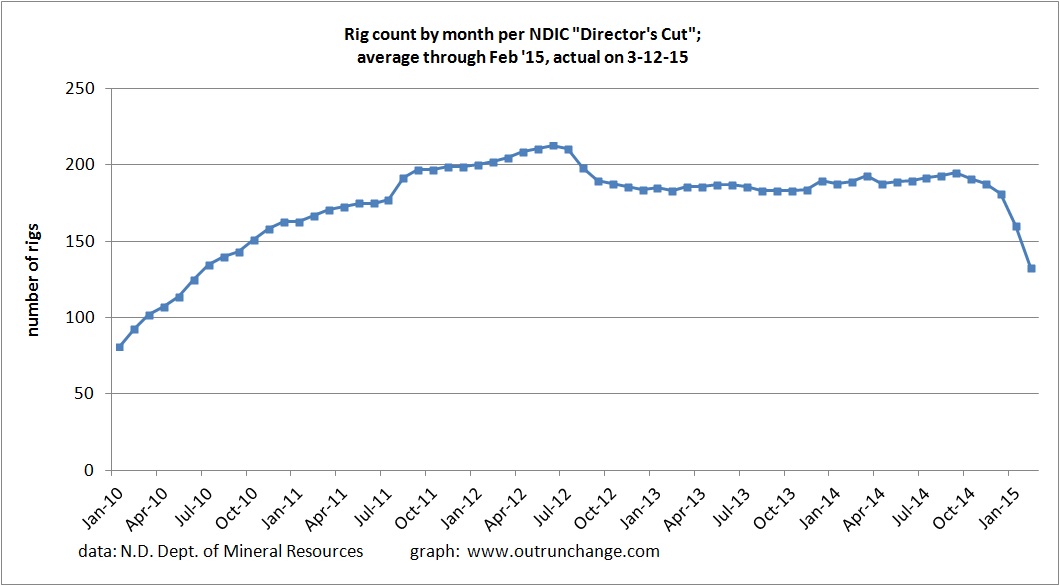 Quite a rapid drop in the last few months.

Drillers are stacking their rigs quickly, as expected. Keep in mind that hasn’t had a dramatic impact on production yet.

The 111 number in mid-March is below the estimated count of 115 that Mr. Helms thinks is needed to maintain production levels at 1.2M bopd.

Here is the amazing part. Look at the estimated number of wells waiting for completion: 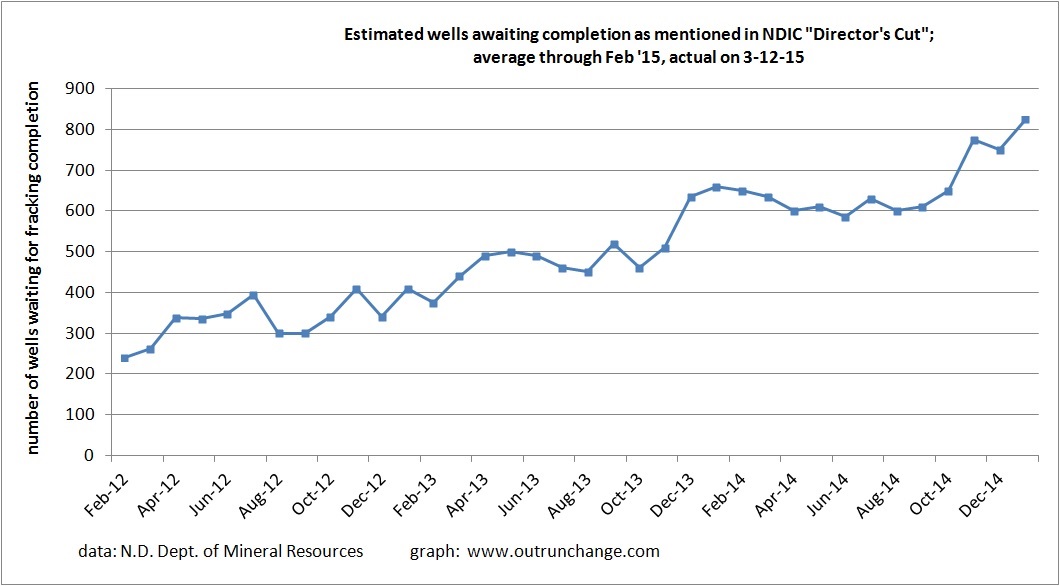 Wow.  The count was on a plateau for most of 2011.  That runup in late 2011 corresponds to a big increase in rig count. Also corresponds to increased use of pad drilling, as pointed out by Million Dollar Way. That means multiple wells are drilled on one site with completion of all the wells waiting until all the others are drilled.  So it makes sense the backlog would increase.

Look what’s happened since the fall. Here are the numbers:

That is a 125 jump in November, 25 drop in December, and 75 runup in January. Up about 200 in 3 months. Drillers are banking those wells waiting for price to go up.

When prices recover, there will be a rush to complete which will generate a big jump in production. May take many months for them to all come on-line, but there will be a surge.