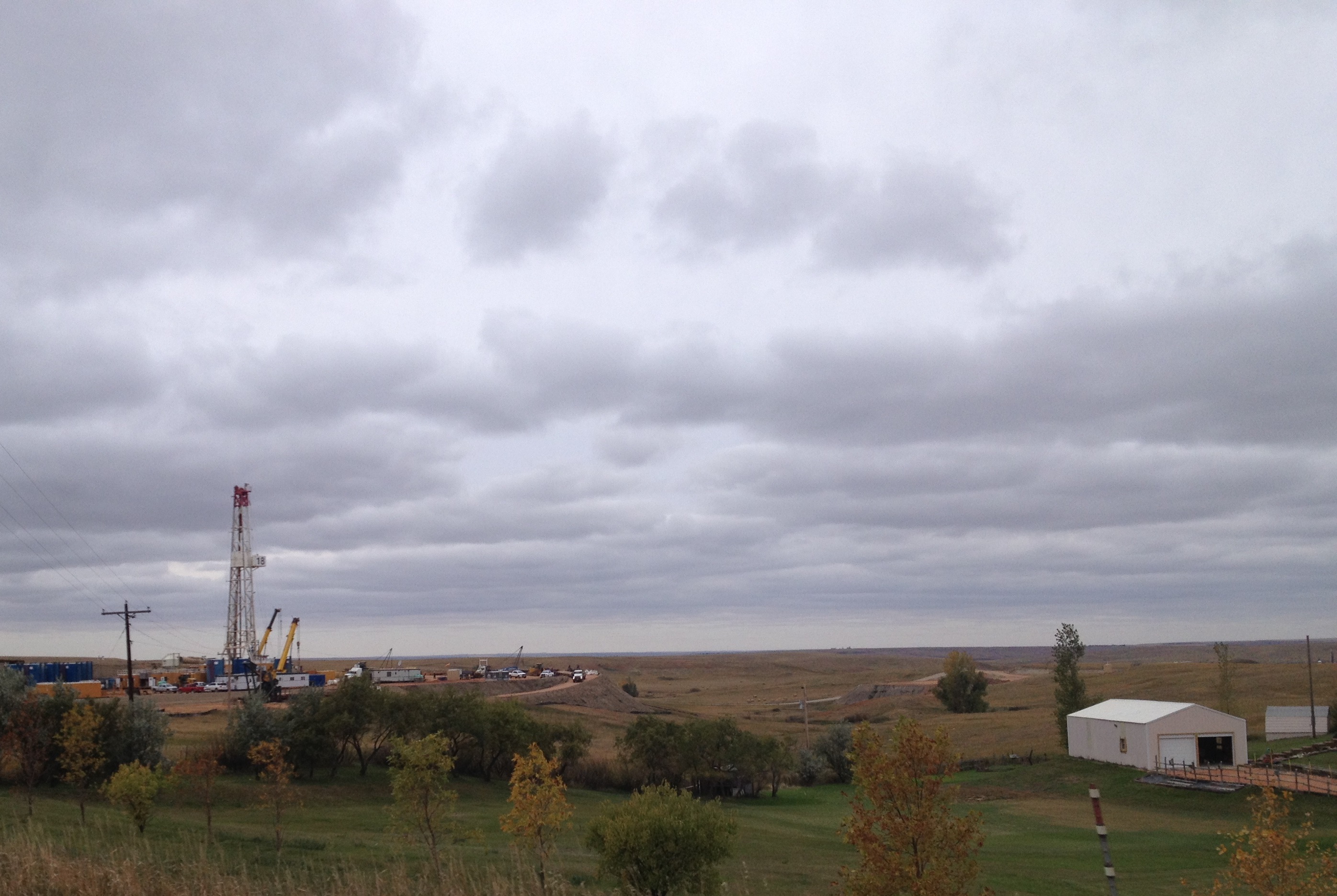 Yesterday the EPA released their long-awaited rules for fracking wells on public land. Since a minimal percentage of new wells are drilled on federal land, the direct impact will be minor and the indirect impact remains to be determined. Here’s a few articles that start to give preliminary details along with a few of my thoughts.

3/20 – Wall Street Journal – Fracking Rules Unveiled by Obama Administration – Fascinating issue is that the states with most of the drilling already have substantial rules in place for fracking.

Federal estimates are the cost to comply with the new rules will be $11,400 per well, or $32M industry wide per year. I’m struggling with the validity of that $11K estimate.

Article says Texas and North Dakota already ban the use of open-pit storage of wastewater. More on that in a moment.

3/20 – Dickinson Press – Final fracking rule released for federal, Indian lands: With regulations already in place, ND may enter into memorandum of understanding – Article has one tidbit that I think explains the real goal of the regulations: the rules are 395 pages long.

All wells on public lands will require compliance with every sentence of these 395 pages. That will slow down every well and add a lot of compliance effort. Even if the substance of the rules doesn’t shut down fracking entirely, this will slow down drilling.

Not only will a well comply with company policy and apply the evolving state of the art testing and drilling techniques, each well will have to comply with separate state regs and a new 395 page layer of federal regs.

Looks like the new rules have several major components:

Casing – I’m not sure what the requirement for testing well casing will do other than create a paper chase. Seems to me a driller that messes up the cement not only endangers water at the several hundred foot level (for stuff coming up from the 10,000 foot level) but puts at risk recover of half a million barrels of oil. The driller who hasn’t made sure every single cement job was state-of-the-art good (and using advanced testing to make sure) is a fool.

See a comment at the WSJ article that explains what current testing protocols look like. That commenter points out that a poor casing job could destroy all the expensive equipment inside the bore. Aha. That would make drillers exquisitely motivated to do a good job on the casing to protect the millions of dollars of stuff downwell. Also, pressure monitoring during the frack operation would immediate tell the driller if the casing ruptured.

Storage – When I was in Williston back in October 2014, one noticeable change was the lack of storage pits at sites being prepared for drilling. In October 2013, this was an obvious feature at the sites I saw.

So. North Dakota wells already use above ground storage tanks. WSJ article says both North Dakota and Texas ban the open-pit method of storage. That means the rules will only apply to a tiny percent of oil wells drilled outside the three major boom areas. Not sure I see the point of banning something that is rarely used . Oh, I get it – go back to the paper chase.

Disclosure – Allowing disclosure 30 days after well is drilled instead of before drilling is so that the actual chemical composition is known instead of what was planned. The distinctive of each well can change the composition used. Thus, the rules require disclose of actual instead of planned. Sounds like a good idea to me.

Environment groups are apparently quite upset with the after-the-fact disclosure. I can guess why. If there is a difference between the planned composition and the actual, the driller is set up for charges of falsified disclosure or maybe revocation of permit for incorrect disclosure or possible financial penalties for wrong disclosures. I suppose it might be possible to force the well to be delayed for a 30 day cooling off if the geology wizards decided a different composition of fracking fluid was needed and another 30 day disclosure was needed before the newly disclosed chemical can be used.

3/20 – McClatchy and Tribune Newspapers at Bakken.com – Obama administration puts out fracking rules for federal lands – Article gives quoted response from several environmental groups. The article summarizes their concerns as preferring a ban on all fracking on public lands.

So there is my initial understanding of the new regs. Will keep an eye open for comments from numerous writers who understand this stuff far better than me.

Funny thing is that my knowledge has grown to the point that I am comfortable commenting before I read interpretations from Million Dollar Way, Carpe Diem, or Via Meadia.

Update: 3/21 – Calgary Herald – Ewart: Obama’s new fracking rules no threat to U.S. oil boom – This is an opinion piece. At least I think it’s an editorial, since he is almost as opinionated as me.  Article says the new regs are narrow in scope and not an overhaul of fracking techniques. He says it is a half measure that he considers to be typical.

He says that environmentalist want to stop fracking entirely (a complete ban on federal lands is the goal) while industry thinks the rules go too far.

He closes by again calling the regs a ‘half measure.’