For more depth behind the slowdown in production mentioned in the previous post and a hint of what is to come, consider the count of drilling rigs in the field and the backlog of drilled wells that need to be completed. After drilling, the wells need to be fracked and then they start producing.

The count of wells is dropping fast: 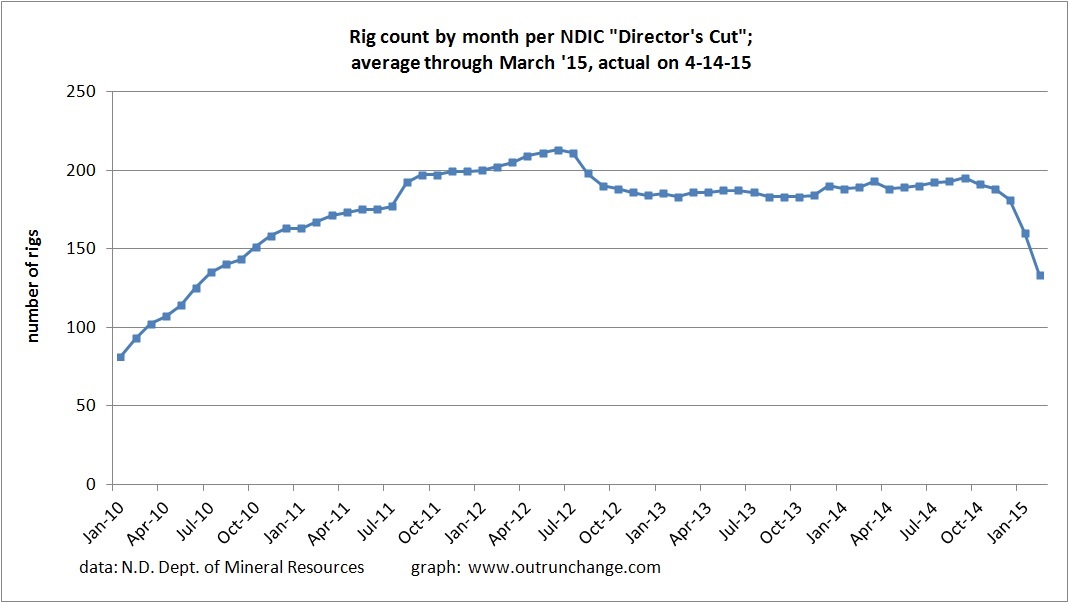 As you look at the graph of estimated number of wells waiting to be completed (i.e. fracked), keep in mind state regs only allow a site to sit for a year before it must be completed. Otherwise it has to be plugged. That means there will be a surge of wells getting completed late in 2015.

Speculation is that if the ‘big trigger’ is pulled, dropping the tax on production, the completion activity will take off fast. 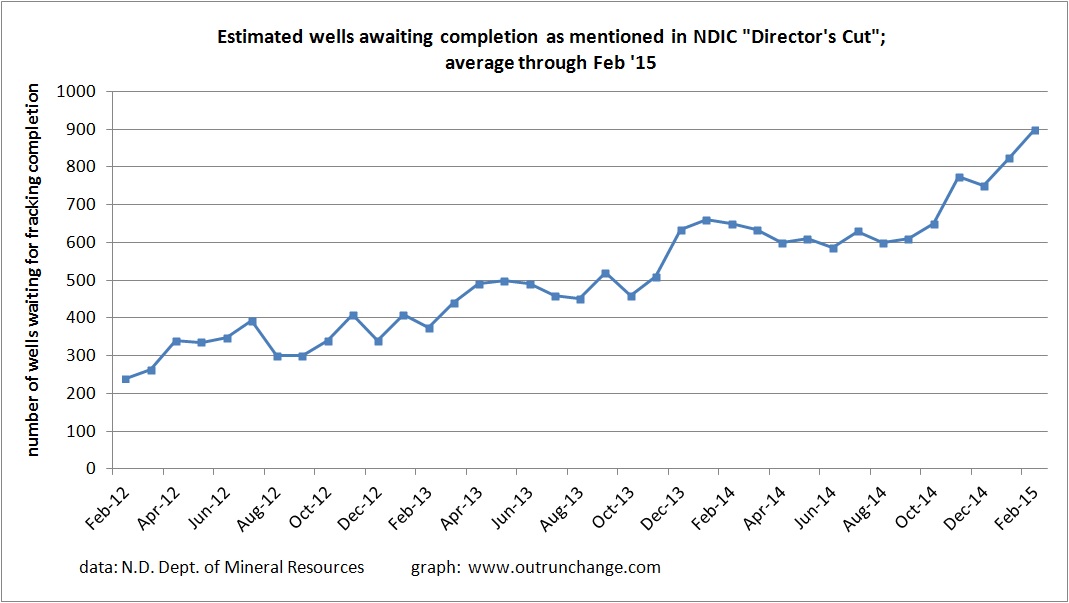