Production state-wide rose 2.75% to average of 1,201,159 barrels per day. That is the second highest ever, only behind December 2014 which was 1,227,529 bopd. Keep in mind this is with a slump in drilling.  I’m guessing that flat production is not what the OPEC ministers were expecting when opened the spigots of their production.

Here is what the average production looks like in Bakken field only and state-wide: 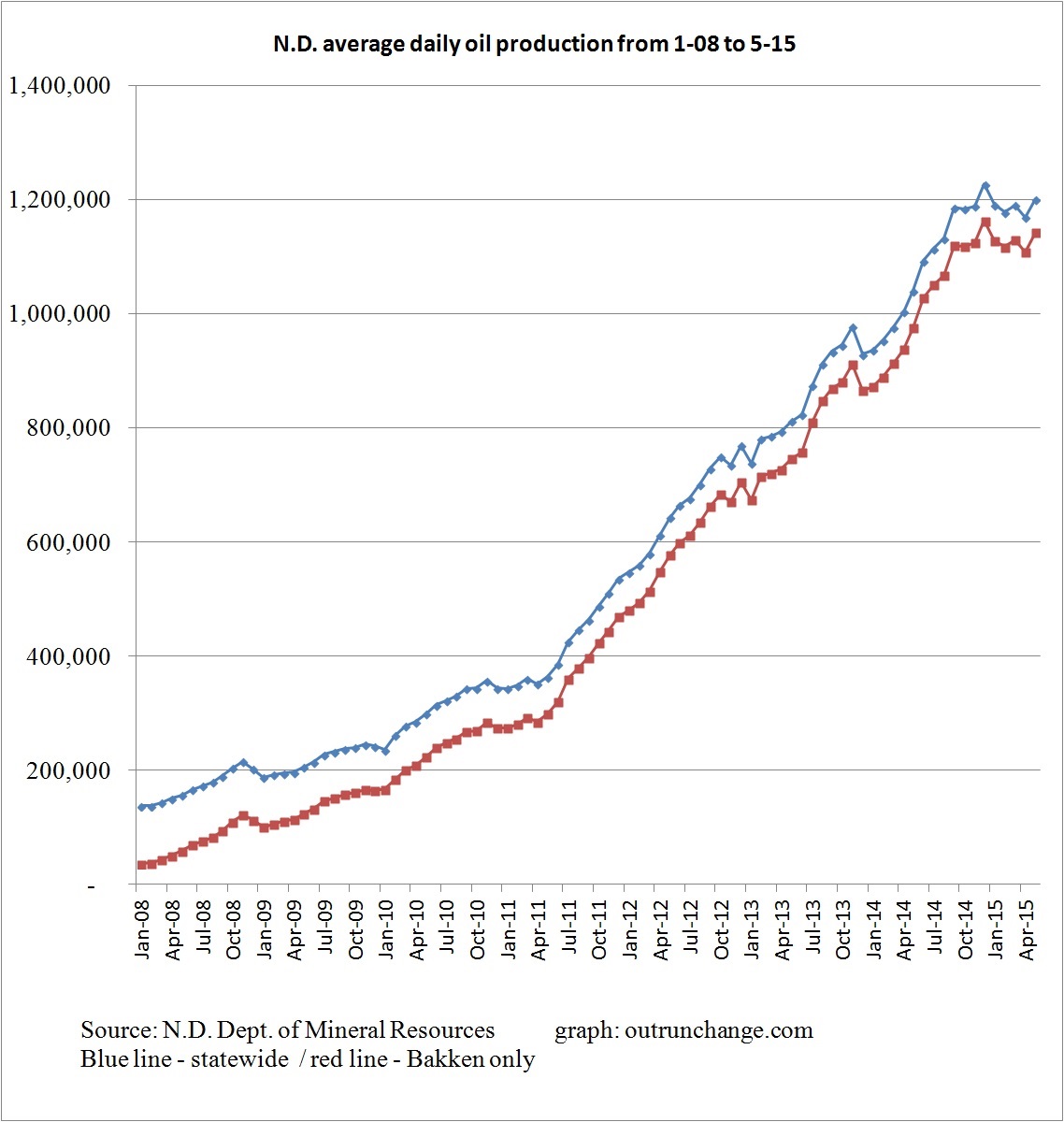 Here is a longer term perspective: 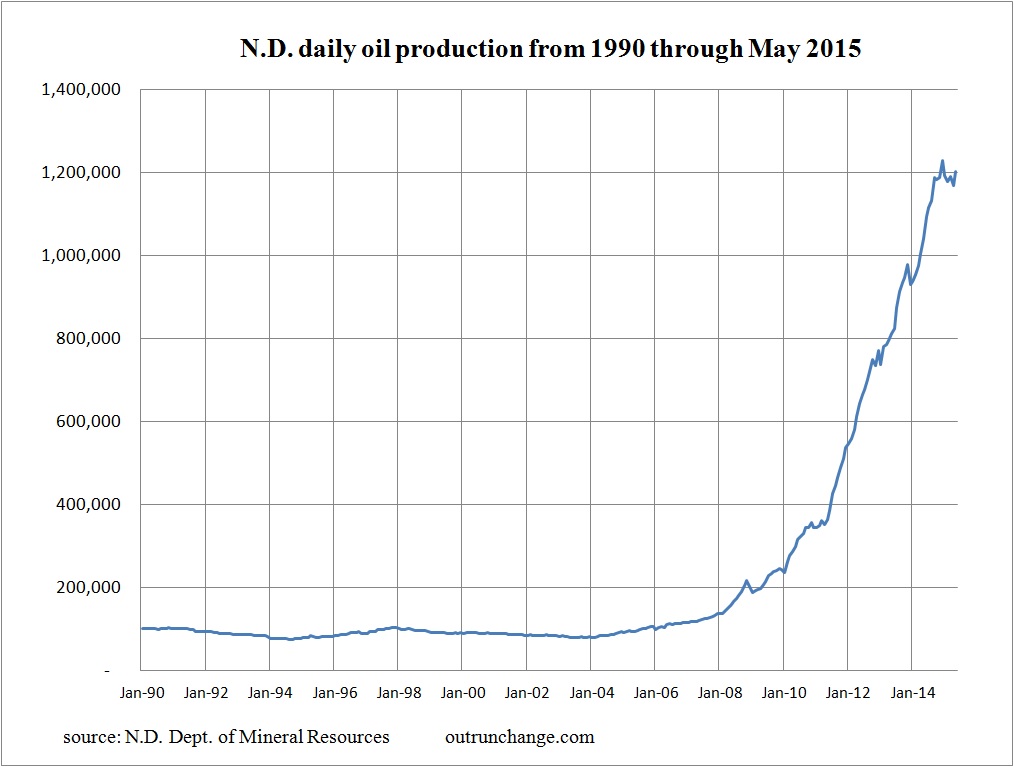 Oh, one more thought, keeping in mind the reason we see that horizontal line at the top instead of a rising line is because of a drastic drop in world wide prices of crude oil. The thought: