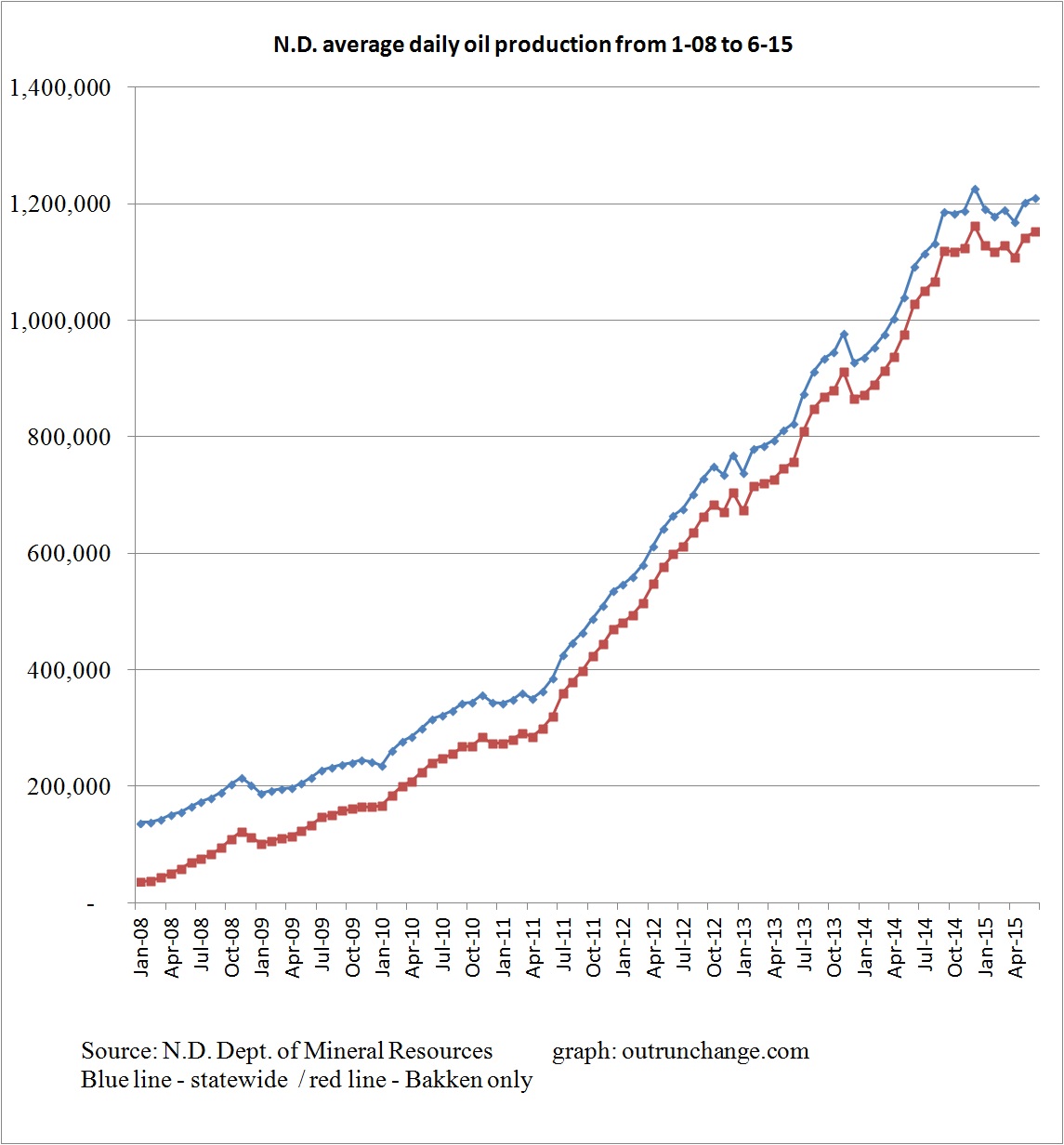 Keep in mind the goal of the Saudis when they kicked off the price war was to take Bakken production off the table. I don’t think the results above are quite what they had in mind.

The Director’s Report says the backlog dropped from 925 to 848, which is a big factor in why number of completions went up from 116 to 149 in June.

The Director says the current rigs (78) plus backlog (848) is sufficient to sustain ND crude production in the 1.2M bopd range for 24 months.

The graph above shows production since the start of the boom, showing state-wide production and Bakken-only.

Here is a longer term view. 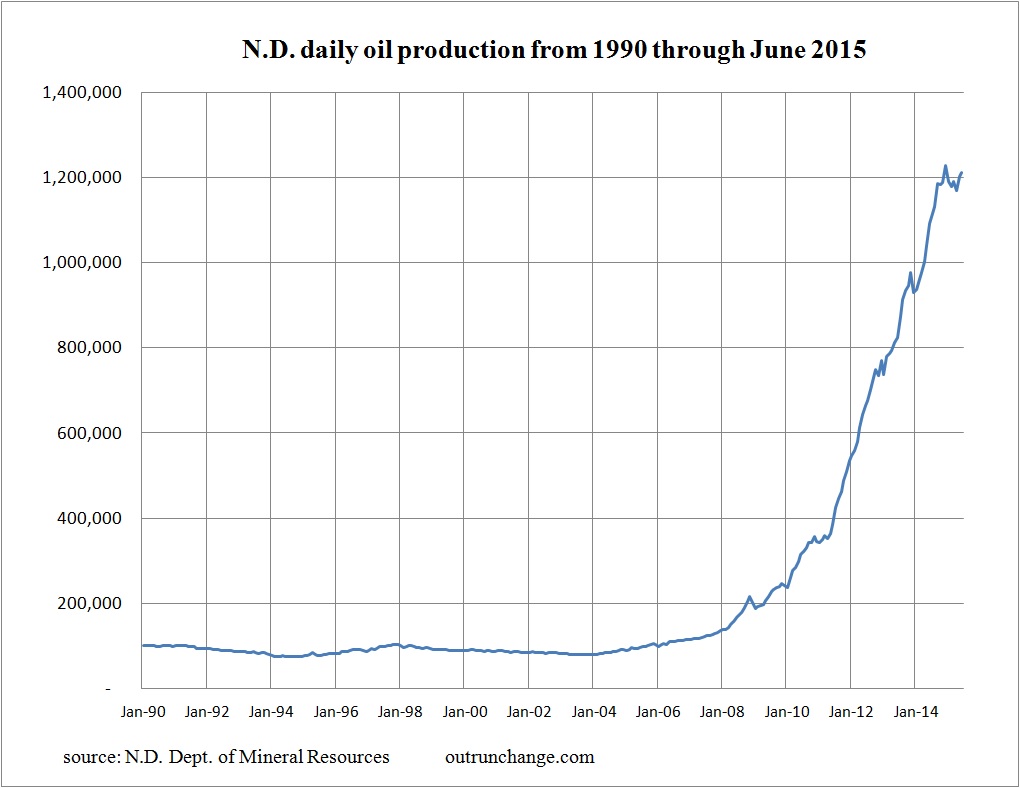