In April crude oil production in the state hit an average of 1,224,948 barrels of oil per day (bopd). That is the preliminary tally, which will change a bit in the next report as a few late reports arrive.

That is really close to the record high of an average 1,229,572 bopd in December 2014. Another 4,624 per day would get the state to a new record. That could be achieved for April by late reports from the field. Or, since production increased 42,112 bopd since December, the May data will likely break the record.

Here is my graph of production state-wide and Bakken only (including Sanish, Three Forks, and Bakken/Three Forks levels): 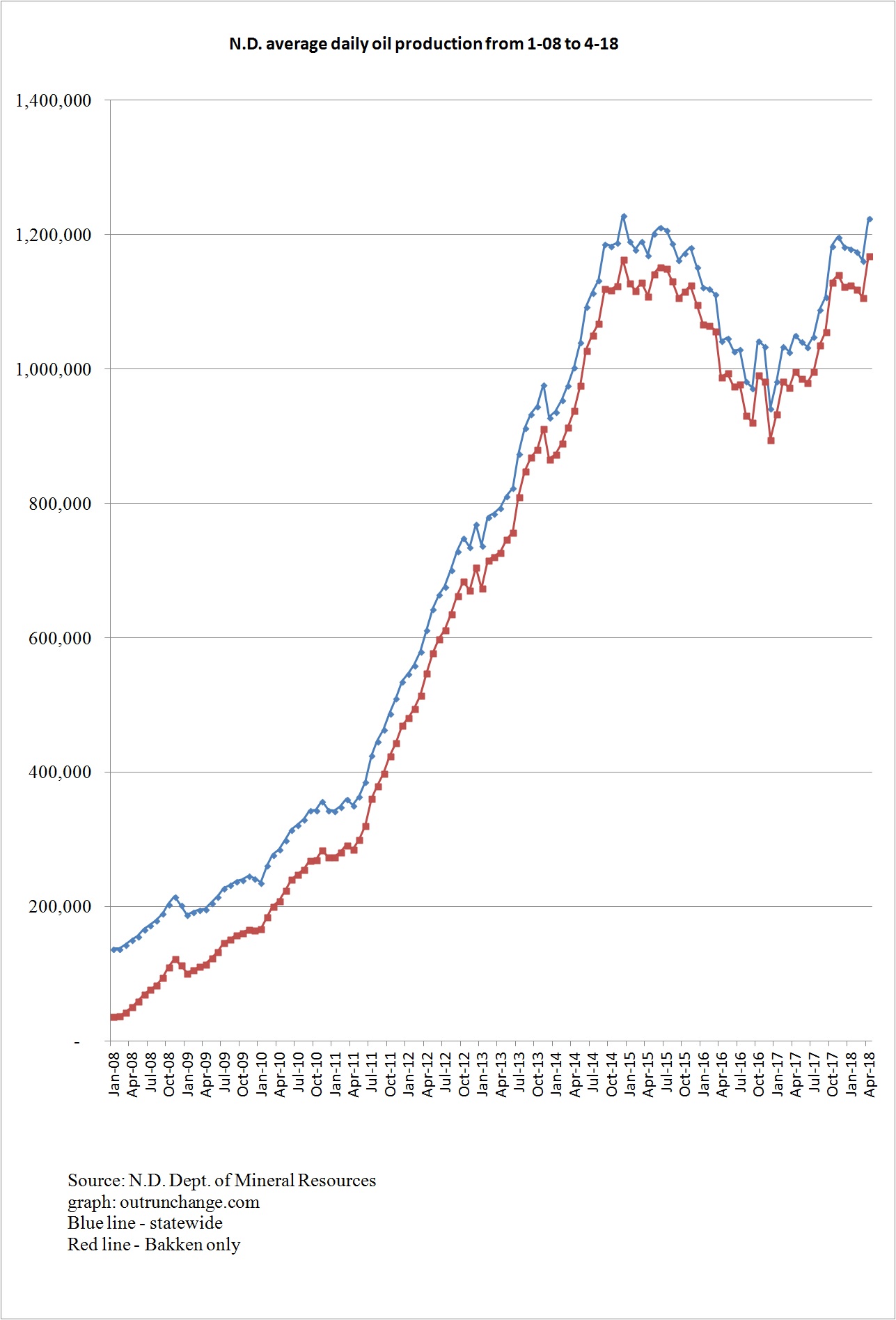 For more background, here is the total monthly production since 2004: 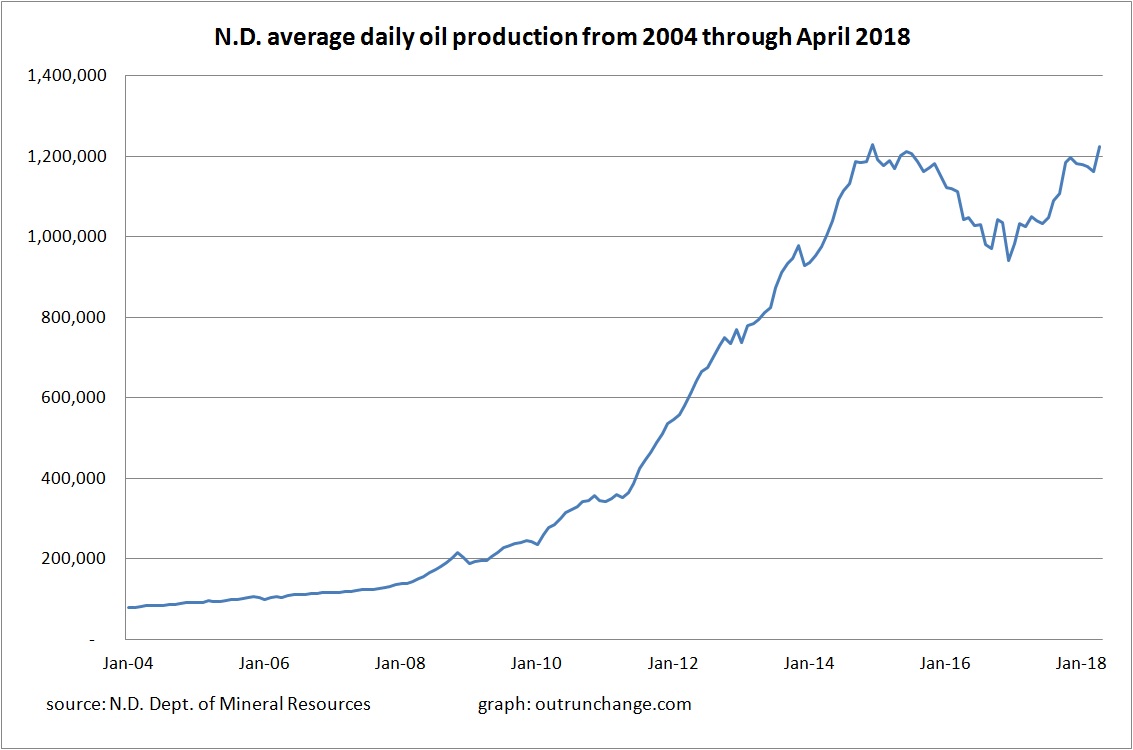 For even longer term perspective, here is the total average production data since 1990: 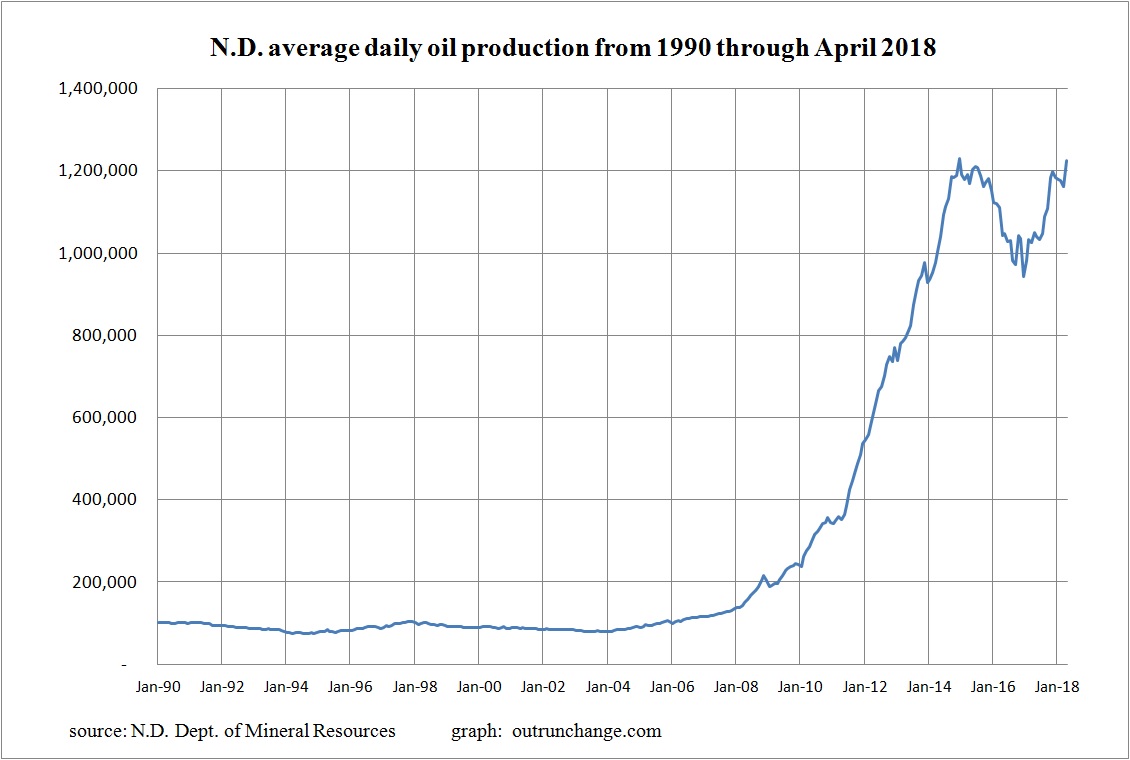 Next: Value of monthly production.