In May the crude oil production in the state hit an average of 1,244,629 barrels of oil per day (bopd). As always, that is the preliminary tally, which will change a bit over the next two months as a few late reports arrive.

Here is my graph of production state-wide and Bakken only (including Sanish, Three Forks, and Bakken/Three Forks levels): 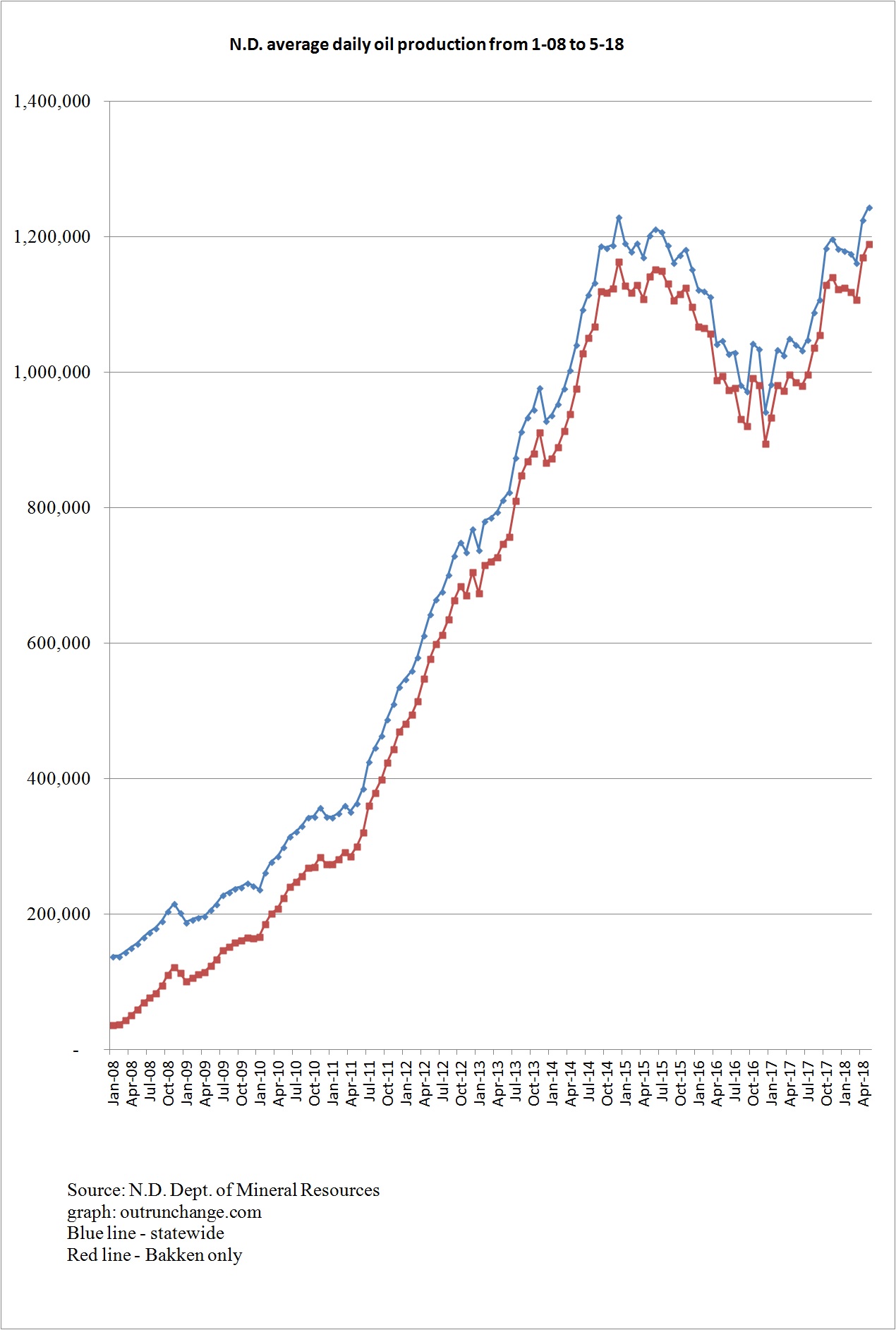 For a longer term perspective, here is the total monthly production since 1990: 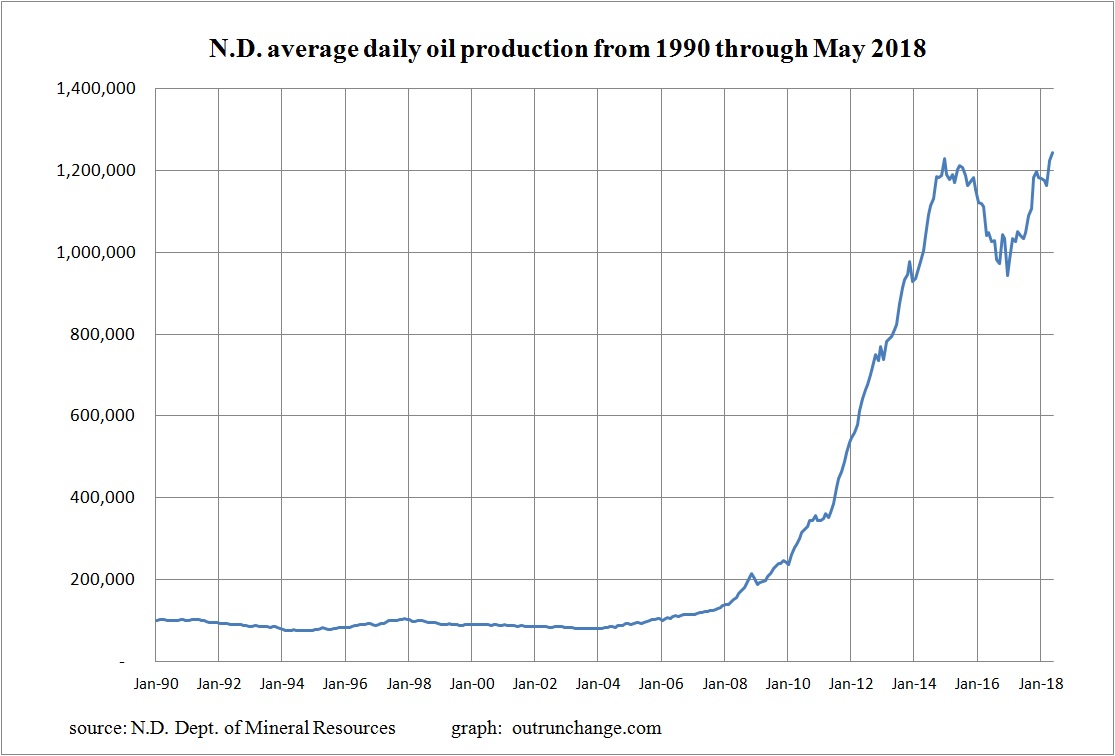 What is the value of that oil? Multiply the monthly production amounts by the above average sweet crude prices in the state, shows the statewide revenue for producers as: