Statewide and Bakken shale production has been trending up sharply.  The rapid rise since last winter’s lull is clear. 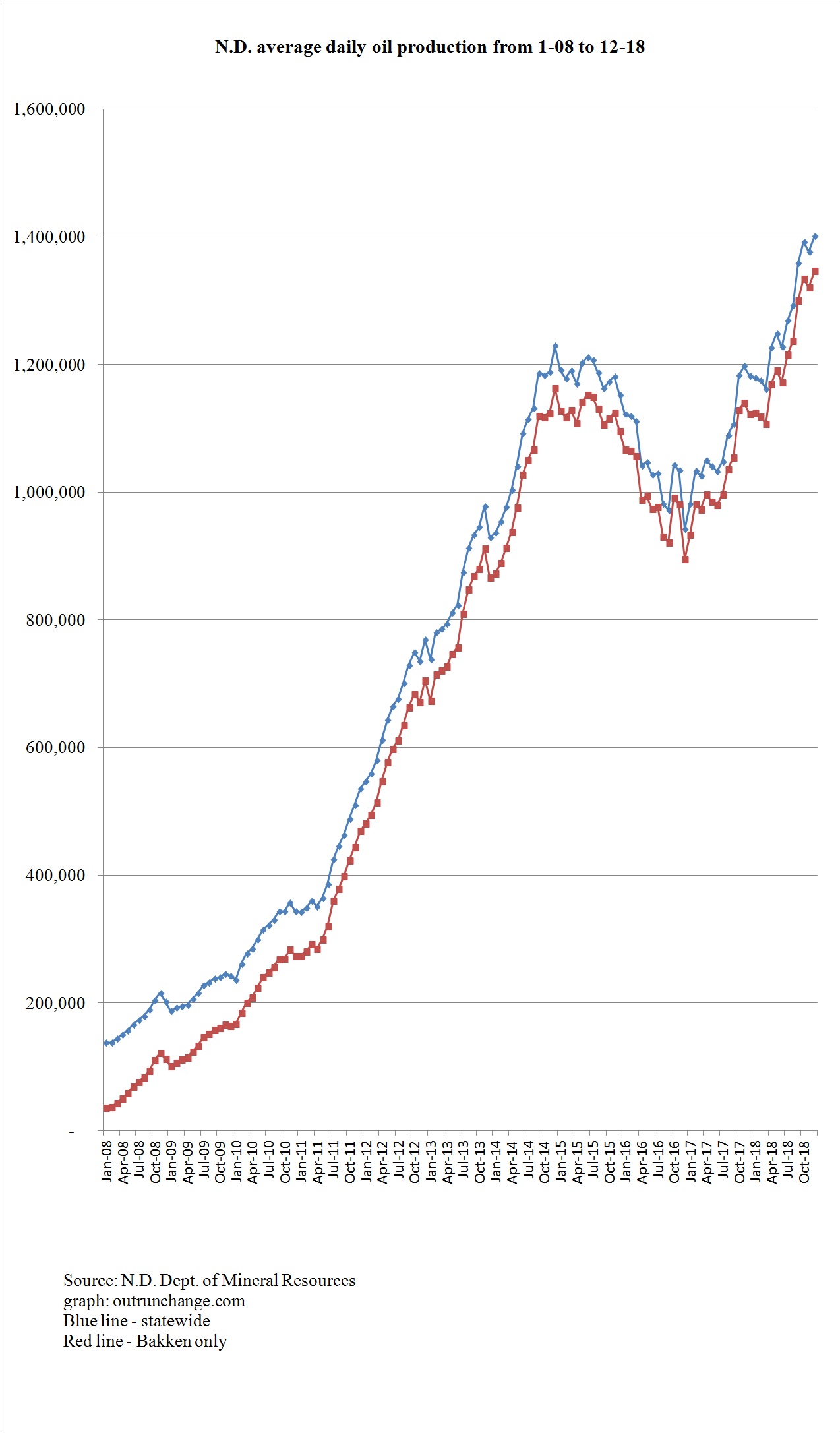 For a longer term perspective, check out the average daily production since 1990: 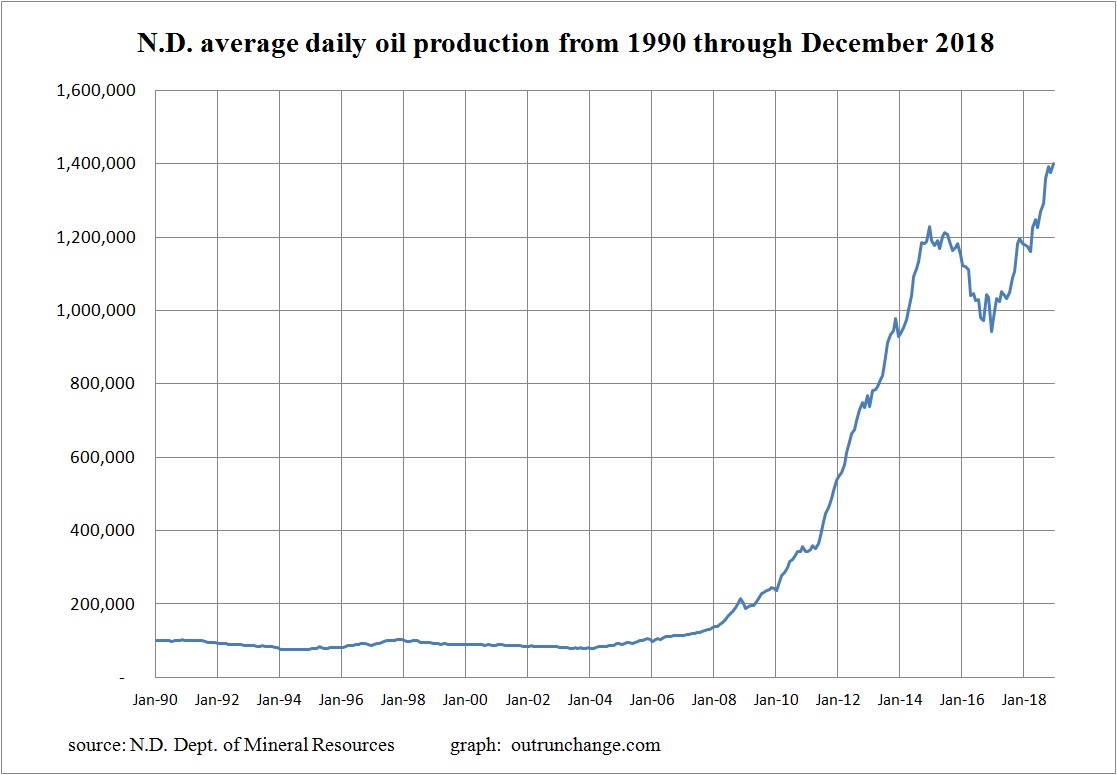 The price of sweet crude in North Dakota took a sharp drop in December. I checked another source which confirmed the price took a hit in the month but has since recovered. There was a sharp increase in the spread between N.D. crude and West Texas Intermediate during the month. I won’t bother trying to find out why.

Average price of crude in the state:

Multiplying the monthly output by the average price shows my estimate of the value of crude oil produced in the state, which has dropped substantially in the last two months: