Before showing the production graph, a few comments about prices and rigs in operation.

Prices have declined substantially in the last couple of months:

The drop, especially in June, shows up in the value of crude production:

The productivity of wells has increased over the years. The result is the count of completed wells is largely independent of the number of drilling rigs in operation.

Consider an overlay of the completed well count and the rig count: 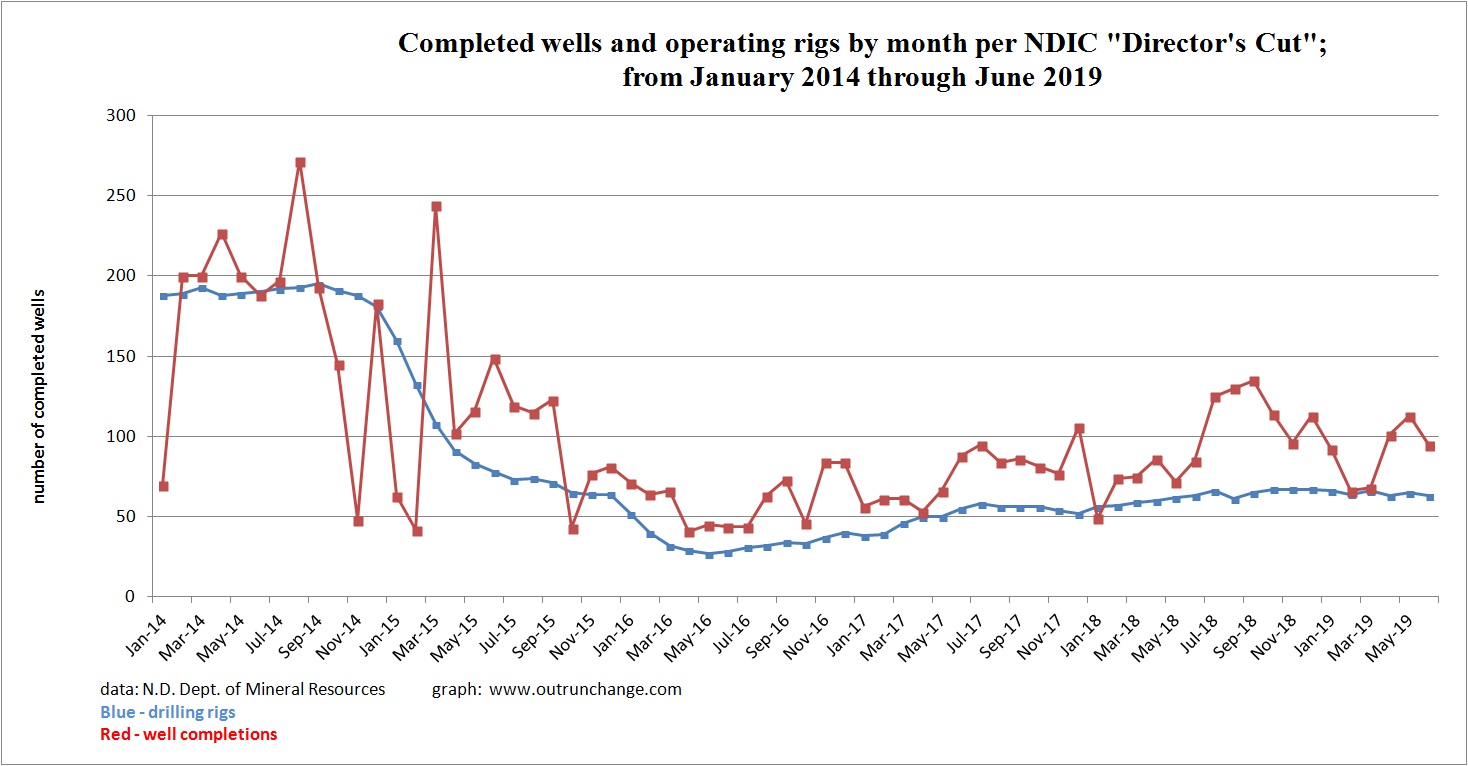 If you then compare the drop in rig count with the drastic increase in production you can see the improved productivity. Output is increasing as much with 50 or so rigs in operation as it was back when there were around 200 running.

This is what the production looks like through June: 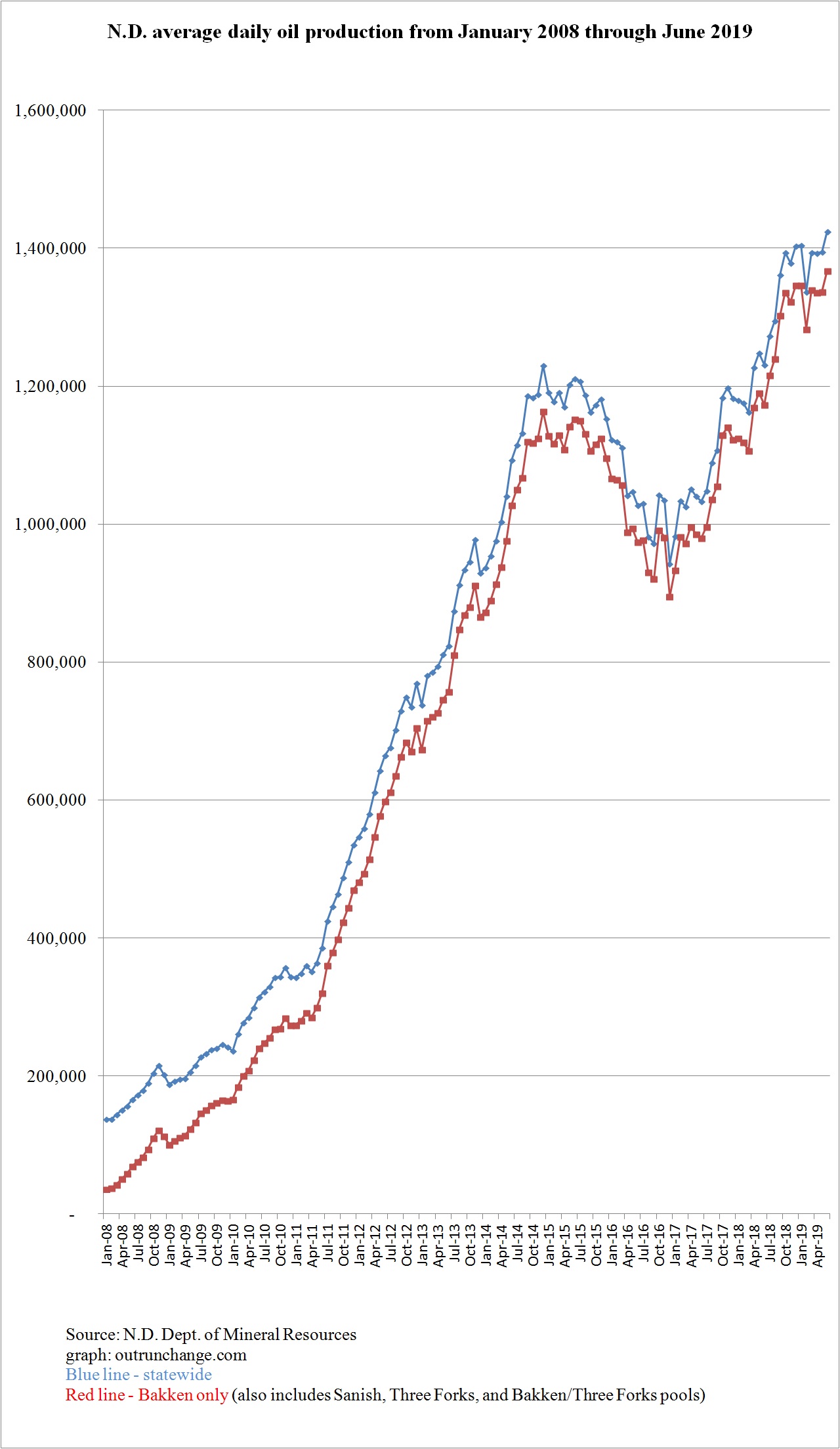