Production in North Dakota dropped in January, which is typical. Look at the production chart and you can pick out each of the winters because production usually falls off.

However, the price has fallen through the floor, courtesy of Saudi Arabia and Russia kicking off a price war and declaring they will flood the market with increased production.

Crude oil prices dropped in February and have continued in free fall during March. Prices on 3/17/20 per the Director’s Cut report are all the way down to $18.50 for North Dakota light sweet and $23.60 for the North Dakota market estimate. 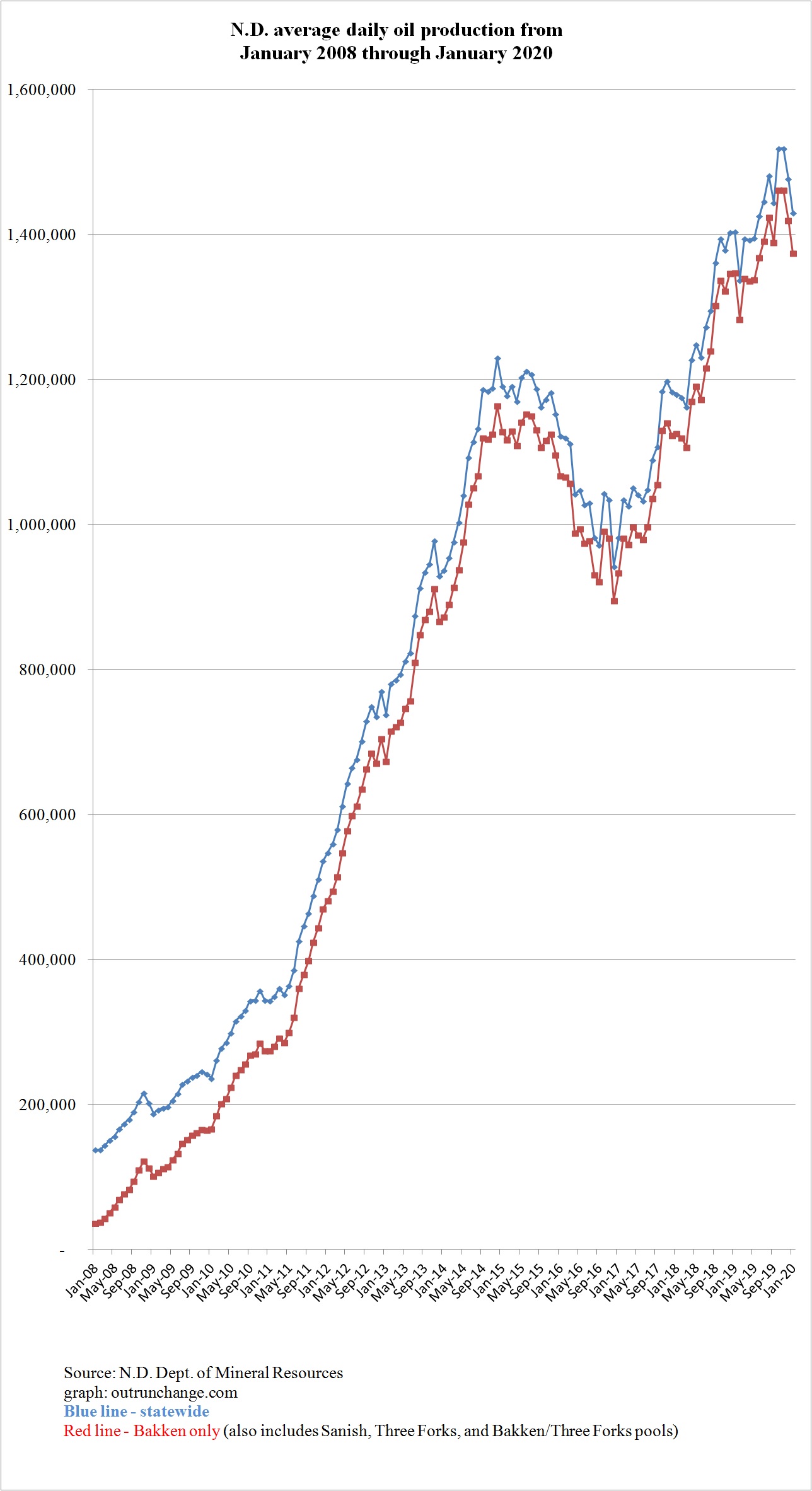