Here are some updated graphs:

Bakken and state-wide production since ’08: 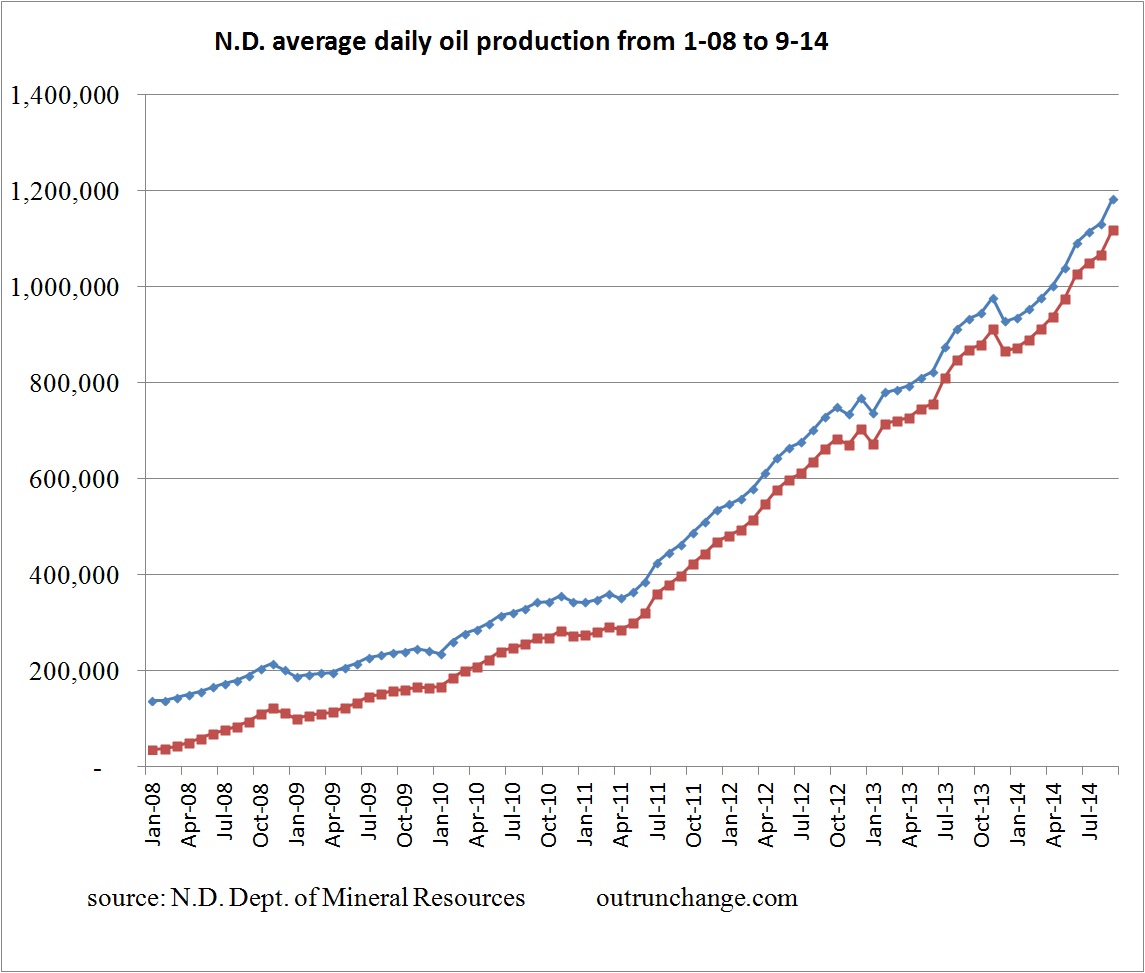 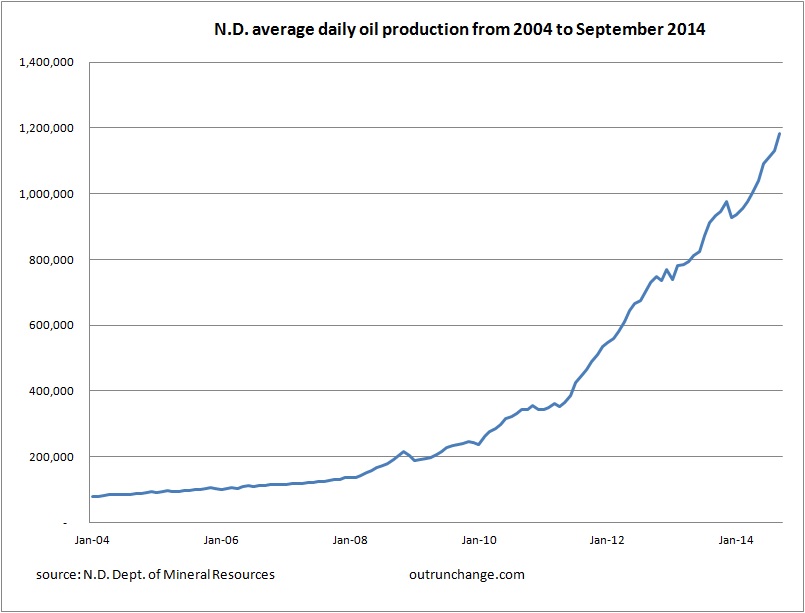 Looking back to 1990 shows how dramatic the change has been: 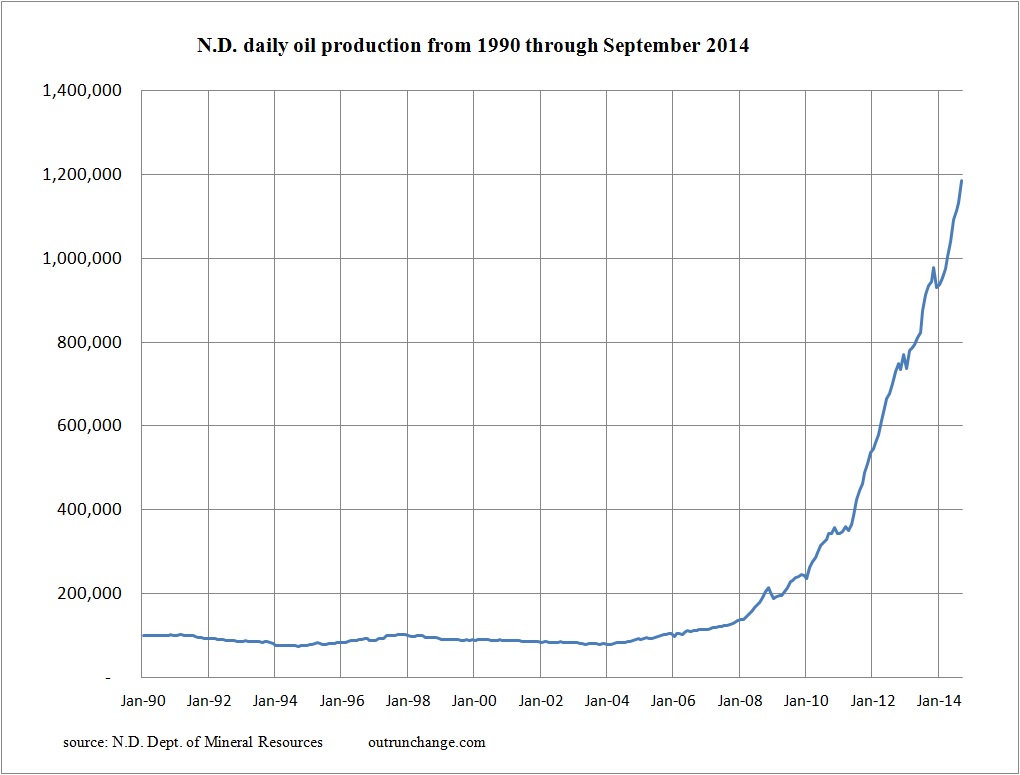 Here’s what the total production for a year looks like: 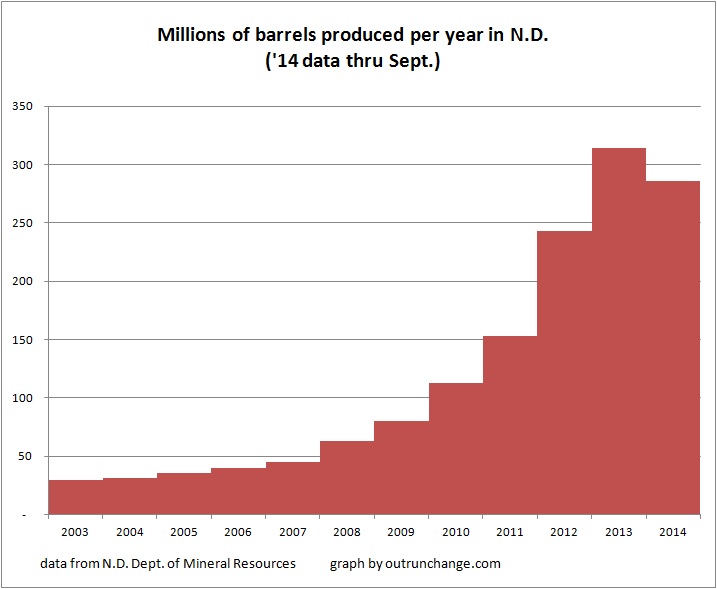 One thought on “Another month of record production in North Dakota – up 4.6% for the month”